Thohoyandou - ahead of local government elections, the second opposition party led by Julius Malema insists that the ruling party is just unwilling to render services at schools, particularly concerning the replacement of pit latrine toilets. 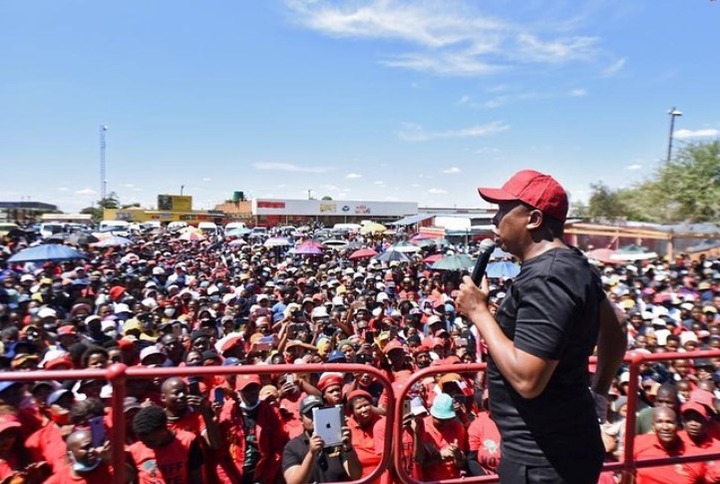 As heard while addressing masses in Northern Cape, EFF leader told the public that the government can afford to pay for a project that will focus on the removal of primitive and unsafe toilets in all schools in South Africa but the ruling party - African National Congress is seemingly failing to provide such services for the past 27 years of leadership.

As things stand Malema promised that should the EFF win the upcoming Local Government Elections, the party will ensure that all schools have flushing toilets and a running water support system. 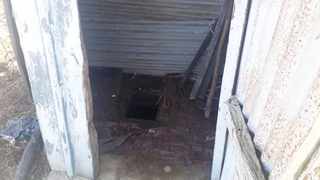 Frequently, the Economic Freedom Fighters Commander in Chief was witnessed addressing masses of people in Gomora Village near Kuruman, a land dominated by mining activities, wherein He related to the policies of the EFF.

He stressed that the mining companies should aid in rehabilitating rural areas by establishing a water supply system, sanitation, and electricity.

This is similar to a policy of the EFF which states that Education should be free, well funded, and decolonized, while the other part of it suggests that the state utility should belong to the government to ensure sufficient supply of electricity.

The EFF is driven by an idea which believes that education is not a commodity, should be paid for by the government, and funded by state-owned mines, land, and banks. 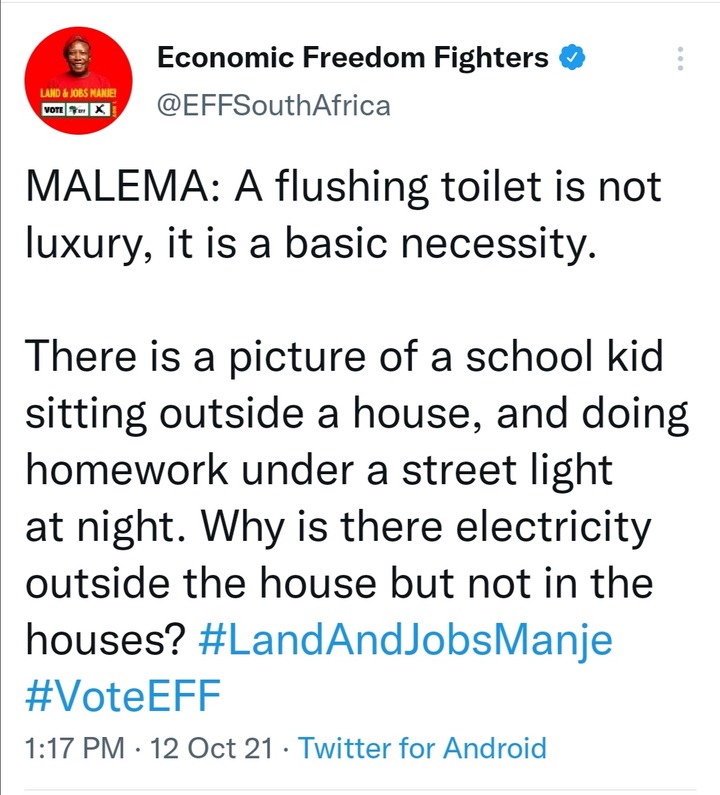 While pit latrine toilets have been declared unsafe for pupils and unhealthy as well, the EFF also expressed disappointment in a situation where a pupil was seen doing homework under a street light. A situation that exposes either shortage of service delivery or its high fees thereof.