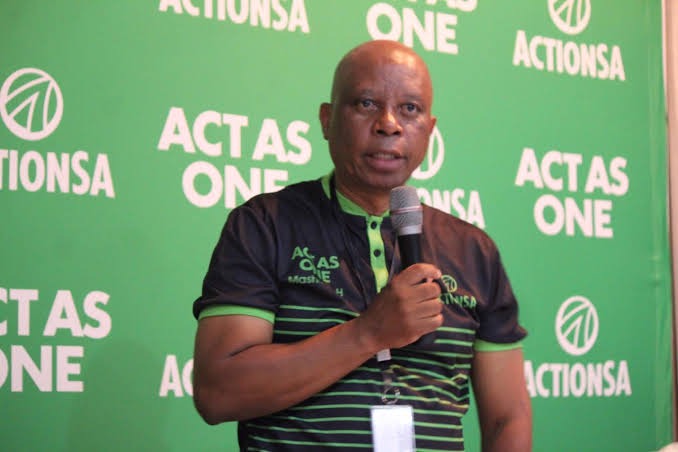 for Herman mashaba the journey is still long the most important journey for mashaba is to see the country being in the right hands, he believes that the African national congress is not the right party to be able to govern the country, this might be because of The corruption in the party many leader's in the African national congress were involved in corruption matters.

The best way for Herman mashaba is to be able to work with other smaller parties, but people were surprised to see the leader of the economic freedom fighters Julius malema teaming up with action DA to downgrade the dominance of the African national congress.

Things will take a turn in south Africa as other smaller parties are trying hard to see the African national congress going down.

Mashaba together with the economic freedom fighters Decided to give the democratic alliance their votes but this will never be easy.

the journey of the transition of power between the economic freedom fighters and new party action SA Will never be easy as they all have a mission to see the African national congress going down.

It is clear what was the deal between the democratic alliance and the economic freedom and action SA to be able to form coalition's, it looks like all parties have equal shares in the metros that they have managed to win, the economic freedom will have a say and also action SA Will have a say when it comes to all the metros that they helped the democratic alliance to be in power.

Mashaba mentioned that his party have influence in tshwane and Johannesburg ekhuruleni.

this means that the coalition's between the parties that decided to have a governance all of them have a say and they have the power to change the selected mayor, this was the alliance of all parties that had a discussion to be able to take over the metros from the African national congress.