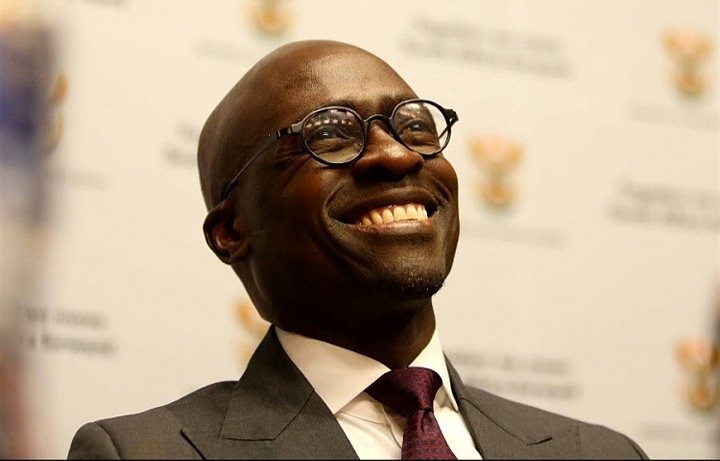 The assertion that history has no blank pages was proved to be valid when Malusi Gigaba shares his election manifesto on social media.

Gigaba a former minister and alleged sympathiser of former president Jacob Zuma shares the election mafesto that somehow gave birth to his political career within the ANC.

In 1992, Malusi Gigaba had the most detailed election manifesto as he contested for UKZN SRC position. His manifesto although compiled using Shakespearean verbose, Gigaba lost the election.

He said disappointed by the outcome, he vowed not to use some of the big words that had formed part of his manifesto.

"My 1992 UDW (UKZN) SRC Elections Manifesto. I lost. Took a vow never to use words like ‘recrudescence’, ‘abhorrence’ and ‘retrogression’ ever again. A few months later, I was elected chairman of my SASCO branch. The rest is history," he said. 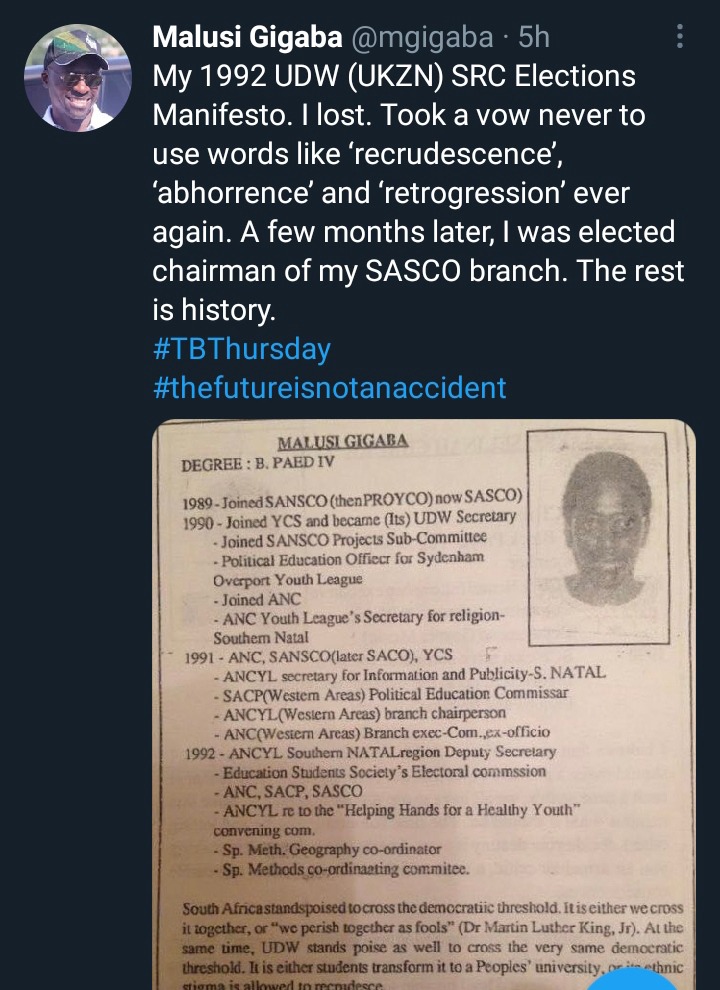 In his manifesto he had also quoted Martin Luther King citing that South Africa stands poised to cross the democratic threshold united or perish like fools.

"South Africa stands poised to cross the democratic threshold. It is either we cross together, or we perish together as fool," Gigaba wrote in his election manifesto.

Mzansi moved by Malusi Gigaba's election manifesto asked him if he would want to go back to parliament again and what position would he be vying for.

Gigaba's response shows that he is still very much interested in politics and might make a surprise comeback in years to come.

"In 15 years, maybe. The urgent task ahead is to save and rebuild our organisation," he said. 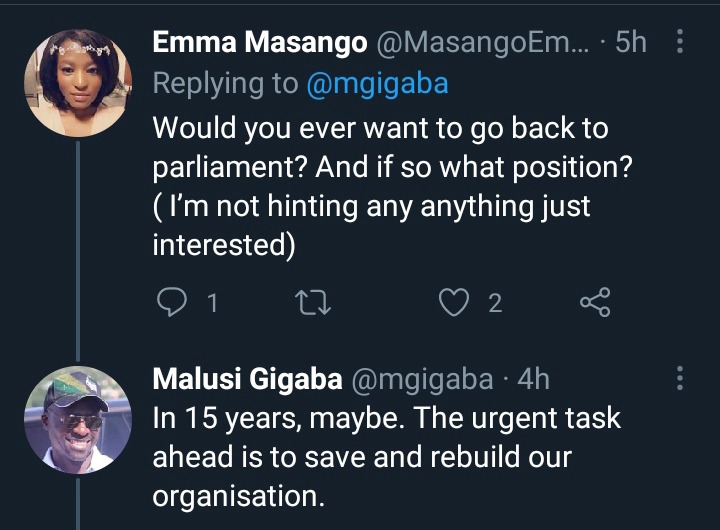 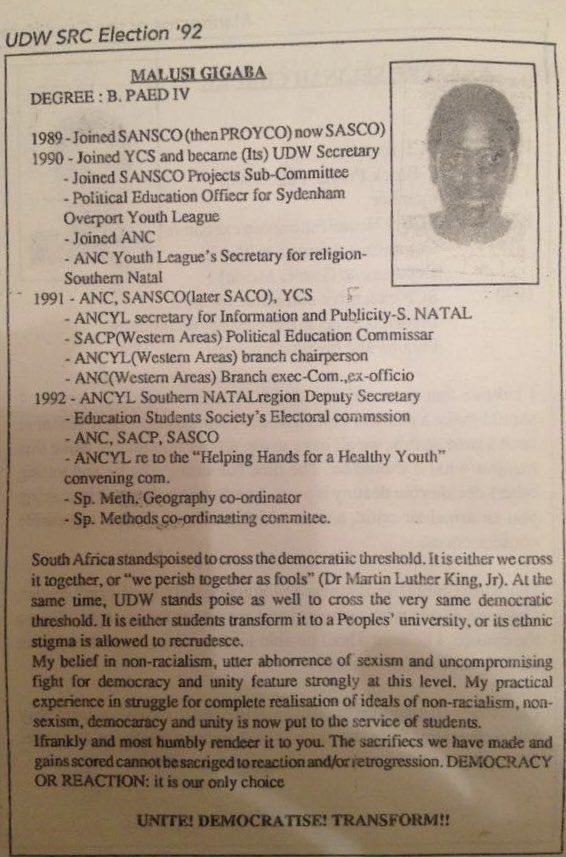 "You were good but your love for money over our people destroyed everything, Guptas scandals but to mention a few, take responsibility and apologise to South Africans, we are a forgiving nation, you still have room to serve the nation," some advised Gigaba.