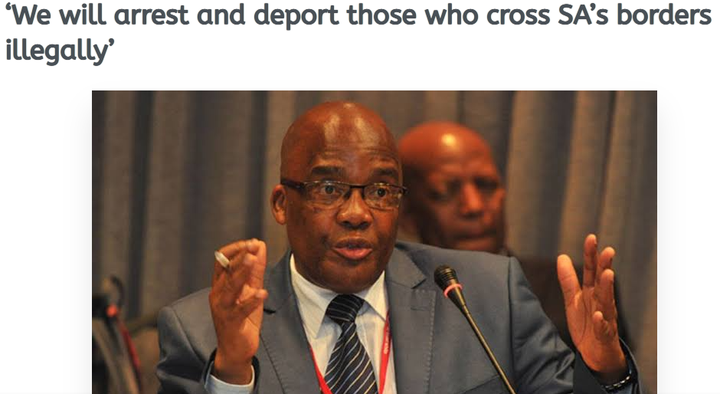 The arrest and the deportation of illegal migrants who attempt to cross the border illegally will continue, each and every time they try to do so. Society doesn't give repeat offenders a free pass simply because they frequently break the law in any other sphere of life. Immigration is no different.

We follow the process as usual when we find undocumented people near the border law enforcement area are provided for in law. Therefore, we won’t tire of implementing the prescripts of the relevant laws. Everyone who wants to come into South Africa must follow the applicable immigration laws. There is no parallel route to coming to South Africa because you are a repeat border jumper. 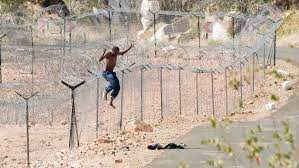 As it stands right now, South Africa has deported more than 11 294 people between December 10, 2021, and January 10, 2022. More than 3 000 were deported through Beit Bridge. Minister Dr Aaron Motsoaledi went to Beit Bridge to monitor the implementation of the festive season operational plans, which were drafted earlier in the year. He visited Beit Bridge together with a Border Management Authority team, led by the national commissioner, Dr Mike Masiapato.

Aaron Motsoaledi the Minister of Home Affairs, did not go to Beit Bridge to set up a management team and deploy guards, as suggested in the article. He approved the management teams and the deployment of guards before the operations started in December 2021. Thirdly, that there are repeat offenders who get arrested and get deported is testament to the effectiveness of the multiple firewalls we put in place against border jumping.

Most of the illegal immigrants that were arrested, were either at a port of entry, along the border line, or at the roadblocks which are set up at multiple points along the routes linking South Africa to our neighbouring countries, particularly, Zimbabwe, Mozambique, Eswatini and Lesotho.

The perpetuating processes at hand are received periodically. And lastly, various government agencies increased the staff complement deployed at the borders during the festive period to ensure a smooth and quick processing of legal cross-border movements of people and goods.

Most or a large number of these officials do their work effectively every single day. In the case of the Department of Home Affairs, some of the people who are deployed are the Immigration Inspectorate officers who are tasked with enforcing the immigration laws along the border line and at the roadblocks.

Some of them are from counter corruption Branch, whose work is to dissuade Home Affairs officials from committing illegal acts and to bring to book those suspected of wrong doing.

Working very closely with law enforcement agents, the Counter Corruption Branch pivoted an operation that led to the arrest of six immigration officers, a policeman and a Mozambican national at the Lebombo border post between SA and Mozambique in November 2021. If there are any Home Affairs officials taking bribes at any border post, they will face the consequences of their actions.

The battle against corruption is an everyday mandate at the Department of Home Affairs and it is championed by Minister Aaron Motsoaledi.

Thank you, please comment your thoughts below on this article