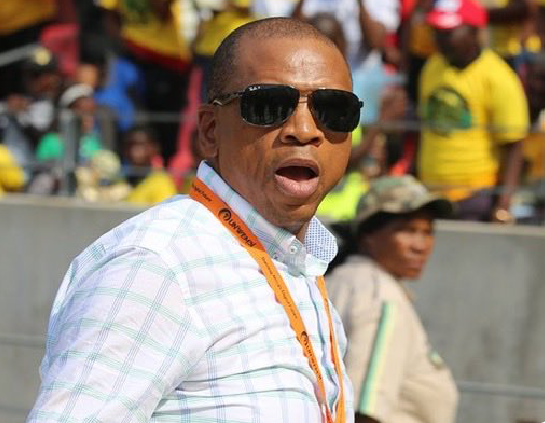 ANC North West has requested Supra Mahumapelo to represent the Province at the ANC National Elective Conference this coming December.

Cde Supra Mahumapelo was approached by delegates supporting Cde Nono Maloyi last night, requesting him to represent the Province at the ANC National Elective Conference as a candidate for the Secretary General position. After lengthy deliberations with other senior leaders in North West, Cde Supra Mahumapelo agreed to withdraw from the race for the Provincial Chairperson and contest the national secretariat position as mandated by delegates.

Mahumapelo joins other national leaders like Magashule, Mkhize and Sisulu (amongst others) who are vying for a spot on the ANC NEC Top 6.

Supra might believe your tweet and run with it, When in fact there is no such a thing, No leader has a right to direct who must be elected by conference, branches decides through voting, Anyway Supra failed to meet threshold, You are trying to panel beat his bruised ego. You comrades and theories, how can someone who withdrew fail to meet threshold?

Do you understand what you are saying?

I understand more than you can spin, let alone comprehend. Relax, Supra is finished. That's not how the ANC you can't be requested to represent the Province without been nominated. How is that possible?

Supra rejected by the Branches of the ANCNW.

He Should have Power From the Province, Where He Comes from so that He Can Manipulate other Province's ideas about Top 6 Position.

Supra Politics It's Over, Nationally he will be On National Executive Committee not on Top 6. If his withdrawal was a negotiated settlement, why is he going to courts? This Wenzenists will never know peace. The Constitution of the ANC has the answer you are looking for, all members have a primary responsibility to protect the policies of the organization.

If Supra turns a blind eye because delegates favour him, then he is equally complicit in the scam the NEC tried to pull off.