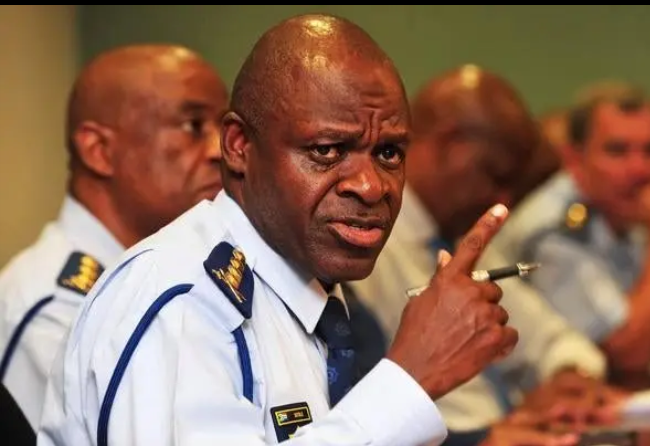 President Ramaphosa has launched an investigation into Khehla Sitole's behavior.

The move comes after Sitole was served with a letter of intent to suspend him last month, pending the outcome of an inquiry into his actions.

On the 20th of September, Ramaphosa wrote to Sitole, alleging that he had refused to participate with the Independent Police Investigative Directorate's investigation into his actions.

He was given 14 days to reply to the request.

In April of this year, the High Court ruled that Sitole was in a conflict of interest, prompting widespread condemnation.

In the Pretoria High Court, Judge Dennis Davis came to a conclusion based on these claims, which was made public." Tyrone Seale, a spokeswoman for the Presidency, stated on Thursday that "the President has communicated to the National Commissioner that the problems emerging from the High Court ruling are significant."

Sitole is said to have made representations, according to reports.

In the meanwhile, the President will take into consideration these representations, and further interaction on this subject will take place between the President and the National Commissioner."

A presidential investigation into allegations of wrongdoing and fitness to hold office against National Police Commissioner Khehla Sitole has been launched by President Cyril Ramaphosa.

Sitole was served with a notice of intention to suspend him by President Cyril Ramaphosa two weeks ago.

He has since communicated with the President on the matter.

An accusation that Sitole failed to cooperate with the Independent Police Investigative Directorate has prompted the investigation.

In January, a judge found that he and his subordinates had "breached their obligations" by failing to declassify and provide records to IPID as was required.

The plea for leave to appeal that decision by Sitole was denied by another court in March.