By South-African-News-Live (self media writer) | 1 year ago 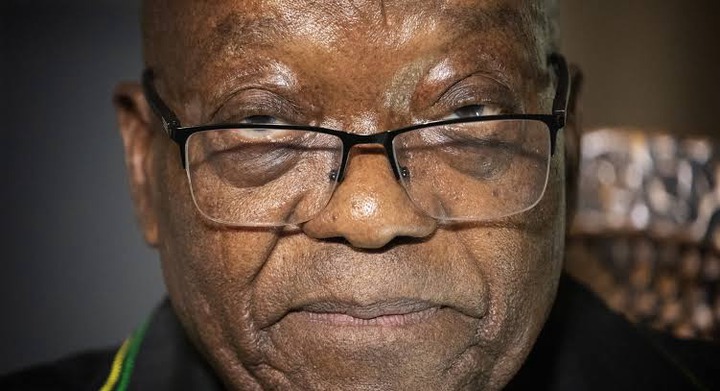 It's been a week of drama for the Former ANC president Jacob Zuma and his followers.

People have been adamant not to let Jacob Zuma go to prison.

With people guarding his homestead in Nkandla to his kids posting horrendous comments on social media.

It's been quite a long time since justice was served for such a major criminal in South Africa.

A former president no less.

Which now leaves South Africa scrutinised by the whole world.

The very first article I read this morning was one from "The New York Times" - you didn't think they were following this drama closely enough?

Former President Jacob Zuma had decided to hand himself over and had been seated in one of his protected vehicles, for what would probably be the last time this year.

He left his homestead in Nkandla at 23:10 just before midnight and handed himself over.

The tunes have suddenly changes from his kids where they are all now in high spirits and somewhat celebrating his arrest.

It could mean more drama for the Former President and alot more to follow in the coming days or weeks.

It was reported that Jacob Zuma managed to crack a joke, saying "I hope they give me the same overalls like the ones from Robben Island".

WHaaaaaTTT?! 🤔 some joke, that was.

It's no doubt, saddening to see an elderly man have to go to prison. Though, already we have noticed that a minimal sentence of just 15 months is rather basic and probably even unfair considering the damage he has left behind IN South Africa, damage that would see future generations still having to face the Aftermath of the Zuma!

But it probably only means that if you're ANC then you get special treatment.

We're probably in for far more drama than we could imagine. Knowing Jacob Zuma and how he continues to believe that he has done nothing wrong...

There is another Case that would continue on Sunday. The 12th July.

From president to prisoner: Jacob Zuma taken to Estcourt prison after day of high drama https://www.news24.com/news24/southafrica/news/from-president-to-prisoner-jacob-zuma-taken-to-estcourt-prison-after-day-of-high-drama-20210708

How much money will you save on a tank of gas in October?

VIDEO: His phone was snatched at the parking lot while still on a phone call

VIDEO: The passenger was changing the gea6r while the driver could not see him

Hijackers Who Were Terrorizing Motorists Were Arrested On The N12 Highway

A Bus Going to Zimbabwe has been Overturned in Pretoria CBD