By Kelly_G_Worls (self media writer) | 5 months ago 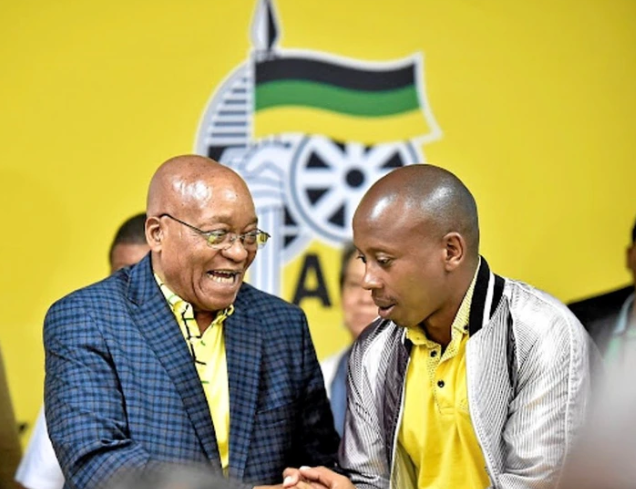 In a surprising turn of events, Jacob Zuma's followers have retaliated against Naomi Campbell, who condemned the former president for the violent riots and looting that erupted in Kwa-Zulu Natal and Gauteng provinces.

Campbell claims she has watched Jacob Zuma avoid appearing in court and also testify before the Zondo Commission on state capture over the years.

Naomi Campbell's comments enraged fans of former South African president Jacob Zuma, who responded with an open letter to the model telling her to stay in her lane.

They claimed Naomi Campbell's Instagram remark lacked accuracy in terms of what is happening in South Africa.

"Because we live here," she was told, "we are in a better position to educate you, not the other way around."

Zuma's supporters also argued that Naomi Campbell is not a saint, claiming that she has faced several claims over the years, including drug use, friendship with child traffickers, anger difficulties, and making the lives of other aspiring models intolerable.

"From befriending child traffickers to drugs, arrests, and anger issues, your shady life has been terrifying over the years.

As a result, you're the final person to speak out against President Jacob Zuma, whom many people still like "reads the declaration 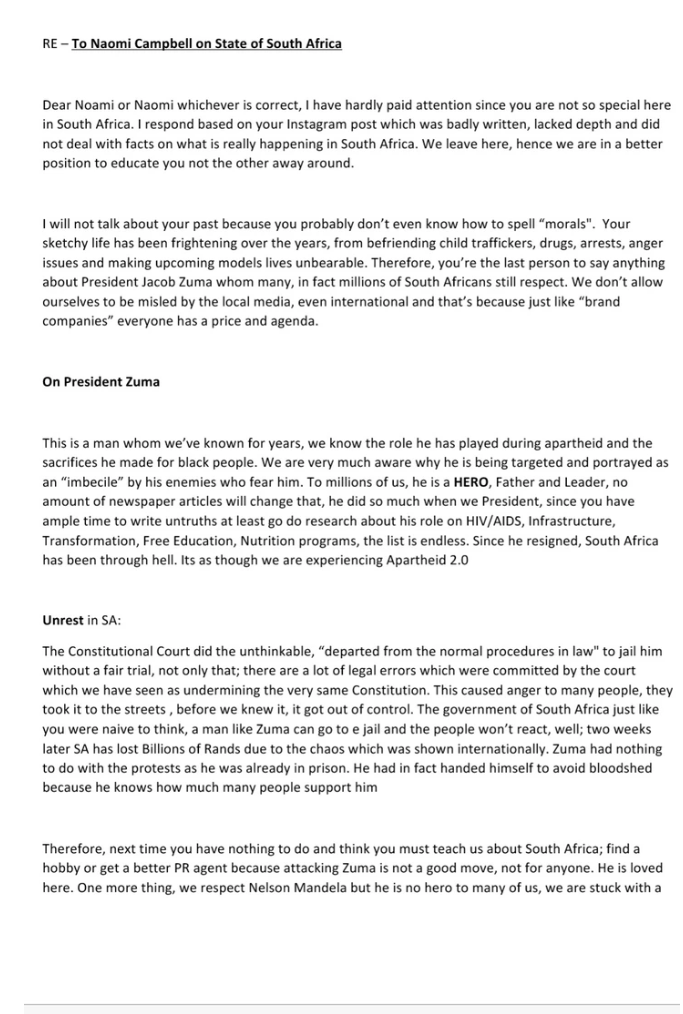 Zuma's supporters go on to say that the Constitutional Court did the unthinkable by imprisoning the former president without charge, and that it was because of this that many people took to the streets to protest his detention.

"The South African administration, like you, is naïve enough to believe that if a man like Jacob Zuma is imprisoned, no one will notice. South Africa has lost billions of Rands as a result of the international pandemonium, and Zuma had nothing to do with the protests because he was already imprisoned "reads the declaration

Mbongiseni Mbatha, one of Zuma's admirers, said on Twitter that Naomi Campbell will realize that Zuma's supporters are not paid and simply love the former president for who he is. 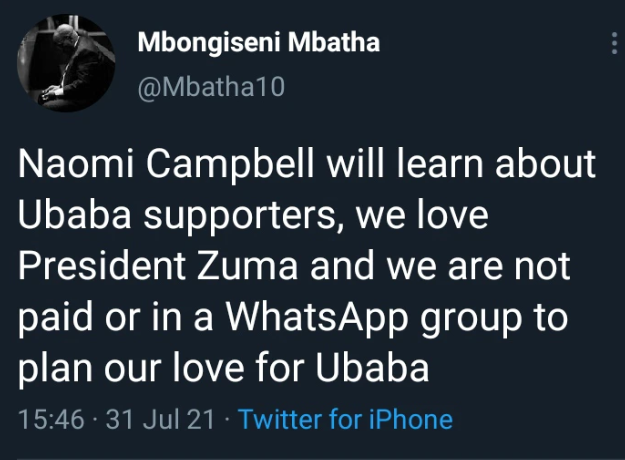 Lungisa stated that when Naomi Campbell was offered blood diamonds, she didn't refuse them despite the fact that the people of Liberia were starving.

"Naomi Campbell was once given diamonds by Charles Taylor. While the people of Liberia were living in subnational poverty as a result of the civil war, she never said no "Lungisa stated. 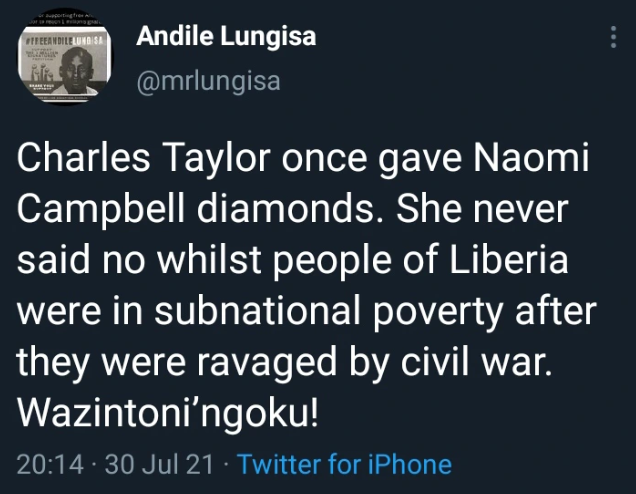 Carl Niehaus, a suspended ANC member and spokesperson for the Umkhonto Wesizwe Military Veterans Association, claims Naomi Campbell made a lot of nonsense in her Instagram statement about former president Jacob Zuma before blocking her comments section after receiving backlash from Zuma's supporters.

"So @NaomiCampbell wants to eat her cake. On Instagram, she spouts crap about @PresJGZuma and then censors comments. She should inform us about her #CharlesTaylor blood diamond romance "Carl Niehaus remarked. 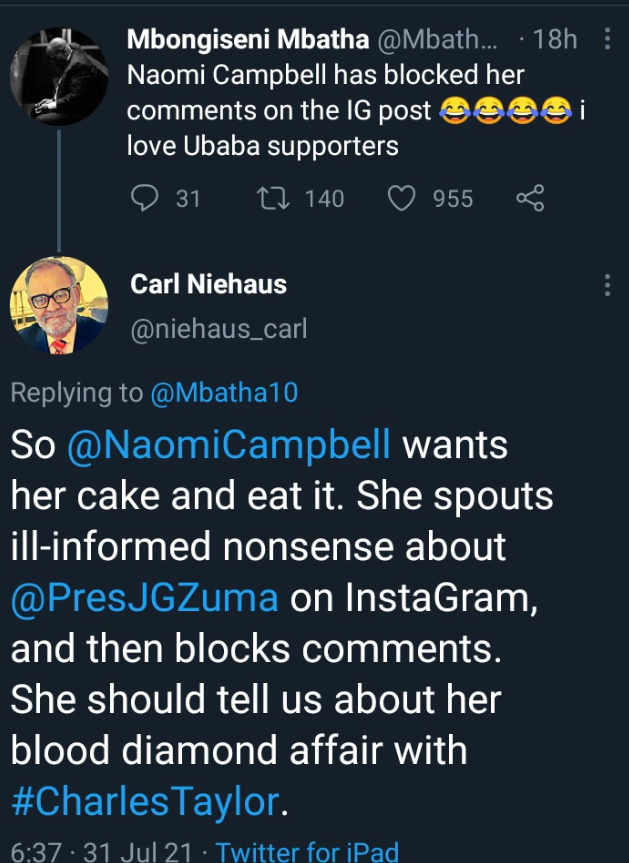