By TMAXG_Com_and_Pro (self media writer) | 1 month ago 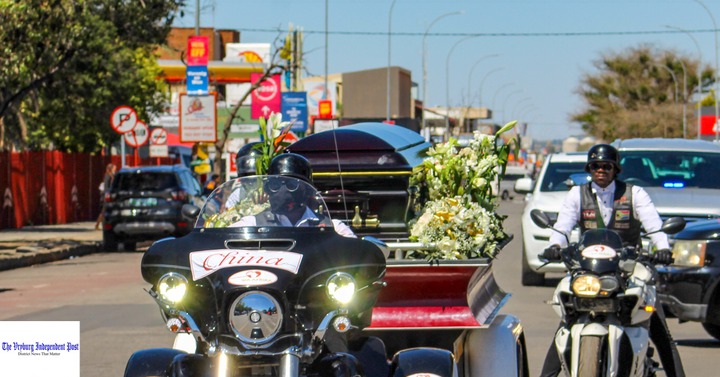 The late Naledi Local Municipality Mayor, Cllr. Neo William Skalk was bit farewell at a prestigious attended ceremony at Vryburg’s Naledi Banquet on Sunday, 10 November 2021. Born and bred in Vryburg, Neo Stalk’s life was spoken of by many speakers as a life well lived in many people in the community he lived in. Many were taken down unscripted historical memory line. The nostalgia in the room was amplified by the presence of the legendary Poet and activist Mzwakhe Mbuli. The Poet’s attendance was in recognition of a fallen Son of the soil. Mbuli shares a passionate affection for Huhudi, its people and its History. Ambassador Jomo Khasu, who was the Programme Director in this sad occasion, described Mbuli as a Vryburger, “through and through”. 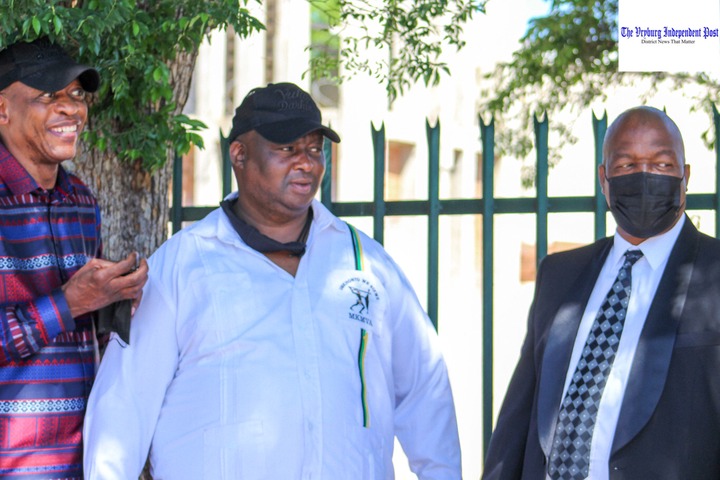 Kgotso Khasu was one of those that took to the podium to talk about his departed friend. In his opening remarks Kgotso listed Cllr. Neo Skalks friends, both those alive and those that passed on, this in respect to the live that they have shared together with Cllr. Skalk. Kgotso continues to share various memories of him and his friend. Including political adventures that they have went on in success and failure. Kgotso tribute was a clear indication of their close bond with Cllr. Skalk. He recalled a day when they sat together and for the first time listened to Martin Luther King Jr.’s speech, I have a dream. A moment Kgotso described as one that gave them a sense that despite the bad circumstances they were under at that time... anything was possible. “The is a sense of pain in me.” Confessed Kgotso Khasu. 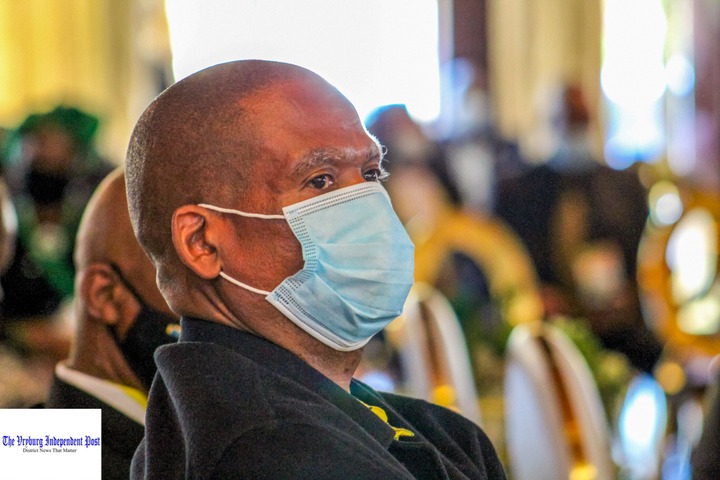 Cllr. Neo Skalk was said to have lived his life surrounded by mentors who were always there for him. Such mentors include Hoffman Galeng, who also took to the podium to pay his last respects. Galeng also made mention of other mentors like him who have been in Cllr. Skalk’s live, they include Jomo Khasu , Dakie Afrika  and Bushy Maape. Galeng referred to Cllr. Skalk as one of the first youth leaders who they had taken under their wings for guidance and mentoring. He recalled the late Mayor’s humility. As his mentor, Hoffman Galeng recounted Cllr. Skalk’s Journey in local politics dating back to the early 90s when Neo Skalk was amongst those at the initiation of what was then referred to as a Negotiating Forum. “What you might have not know about Comrade Skalk is that he was one of the only two longest serving Councillors, because he has serve from 1993 to 2021.” Said Galeng.

The energetic Naledi Local Municipality Municipal Manager (MM), Modisenyane Segapo, who has worked with Neo skalk over many years and was his friend, in his tribute described the late mayor as a person who was very forgiving and was an advocate for peace. “Skalk had jokes for days, whenever we were sitting as friends or just socially in groups, he always had a story to tell about everyone of us. He was an exaggerator” the MM delightfully said. Segapo mentioned how him and Cllr. Skalk have had their differences, but because of the relations they shared, politically or otherwise, this always saw them back together. Segapo says he will always remember him as a unionist who when conflict arose he was always ready to step in the middle for the sake of togetherness and comradeship. The MM confessed to a cordial working relationship with the late Mayor. In reference, the MM made mention of on going bread and butter service delivery projects that he and the mayor were working on together, hand in hand. Including road constructions in Vryburg’s Extension 25 and 28, as well as in the South of Vryburg’s Huhudi township. “This is not a political statement , charged for the Local Government Elections. Nor is it a Political Promise to this effect.” Said the MM. Segapo says these are projects that are currently underway and have been long over due. He applauded the support  that he got from Cllr. Skalk’s Mayorship and said he passed on in the prime of his career. 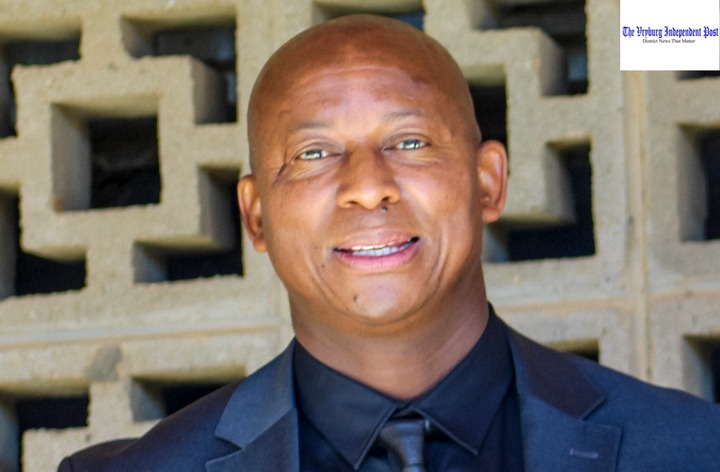 The Vryburg Independent Post Team was at the Funeral Service and captured moments at the occasion. This a tribute to the community of Vryburg, the Skalk and Boekhoer Families. Rest In Peace Bra China.

Content created and supplied by: TMAXG_Com_and_Pro (via Opera News )