For the time being, it appears that the ANC's internal forces are working against former Health Minister Dr Zweli Mkhize. The Hawks are expected to formally charge him for his role in the Digital Vibes incident, according to reports. The ANC's step-aside rule, as well as its more recent stipulation that anyone facing charges cannot run for a leadership position, should take effect as a result of this. His revelation over the weekend that he will run for the ANC presidency has the potential to significantly alter the party's leadership competition.

Several groups of traditional leaders in KwaZulu-Natal appeared to call on Mkhize to run for the ANC leadership, and with it, the expected job of South Africa's president, at the wedding of Mkhize's son, Dedani Mkhize, over the weekend. Mkhize told the Sunday Times that he would "do what society demands of me." An induna was cited in the press as urging that Zulu people should rally around Mkhize. Mkhize also allegedly claimed that the SIU report, which corroborated Daily Maverick's earlier reporting on the Digital Vibes scandal, was part of a political smear campaign.

Pieter-Louis Myburgh described how money from the Health Department was paid to Digital Vibes, which was controlled by Mkhize's former personal assistant Tahera Mather, when he was minister. Mather concealed the company's ownership through a nominated person, Radha Hariram, who worked at a Dukuza gas station in the real world. The SIU and the Daily Maverick both discovered that the money went back to the Mkhize family.

Mkhize has filed a legal challenge against the SIU report. The conclusions of the SIU are being defended. He has also claimed that as minister, he lacked the legal ability to dictate or manage how and to whom money was paid. The SIU discovered that he sent a WhatsApp message to Precious Matsoso, the then-Director-General of the Health Department, in which he mentioned the contract and Mather's firm. 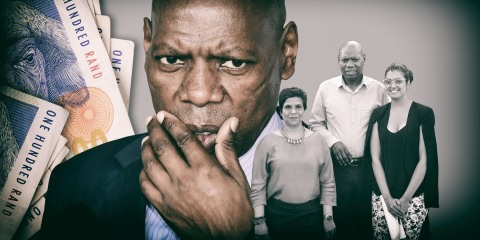 Meanwhile, the Sunday World has stated that the Hawks are planning to charge Mkhize formally, and that Mather and her colleague Naadira Mitha worked with the SIU and drafted a scathing affidavit against the former minister. It should also be remembered that Mkhize resigned as health minister just hours before President Cyril Ramaphosa's most recent reshuffle. He did not resign from the ANC's national executive committee, which is telling. Mkhize's alleged presidential ambition follows a long career in the ANC. During the Jacob Zuma years, he was the leader of the KwaZulu-Natal province, and at the 2012 Mangaung conference, he was named party treasurer-general.

During the ANC's leadership contest between Ramaphosa and Dr. Nkosazana Dlamini Zuma in 2017, he briefly emerged as a prospective "unity candidate." He did several media interviews (sometimes coordinated by Mather) and made himself easily accessible as the ANC treasurer-general at the time. (Since the Digital Vibes incident broke, he has avoided any potentially awkward interviews.) In the end, he dropped out of the race as the ANC's Nasrec conference unfolded in 2017, resulting in a direct shoot-out between Ramaphosa and Dlamini Zuma, who were separated by only 179 votes in the end.

This history is significant because it highlights one of the ANC's persistent dynamics: it has been difficult for someone with a provincial support base to use a national office to build it into a national footprint up to this point. Both former Free State Premier Ace Magashule and former Mpumalanga Premier David Mabuza appear to have failed in their attempts to make the leap from provincial to national authority in the ANC in recent years. 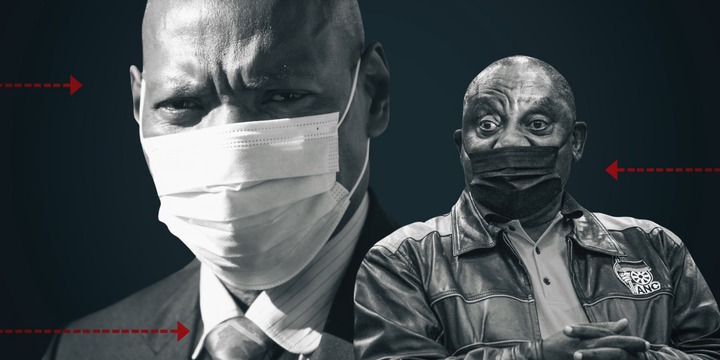 So far, all of the provinces that have held their conferences appear to support Ramaphosa. Limpopo, Mpumalanga, the Eastern Cape, and the Northern Cape's newly elected leaders have all expressed support for him seeking a second term as ANC leader. Of course, KZN, which may support Mkhize, is one province that may oppose this. However, KZN is no longer the ANC's most unified and powerful force. In 2017, it failed to elect a single leader to the ANC's top six national leaders. Furthermore, the provinces do not appear to be as united as they were prior to 2017. 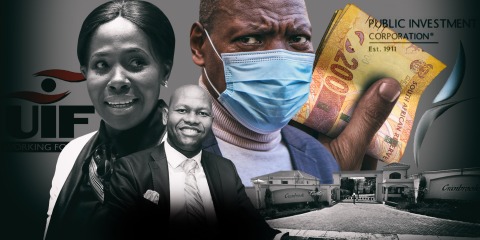 The larger electoral picture facing the ANC is maybe more relevant than the provincial picture. One of the most likely results of the 2024 election is that the party will lose numerous provinces and fall below 50% in the national vote. Even Mkhize's home province of KZN may be on the decline, with only 45 percent of voters supporting the ANC in municipal elections in 2021. According to the party's recently released discussion documents, the violence in KZN and Gauteng last year was a major role in this. Surprisingly, Ngizwe Mchunu, a former radio personality facing charges of inciting during last year's unrest, was one of the guests at Dedani Mkhize's wedding on Saturday, May 21.

Mkhize does not appear to agree with the ANC's assessment that the KZN violence has resulted in a loss of support, particularly in KZN. This could indicate that he is concentrating his efforts in one direction — winning ANC elections — in a way that will further alienate the party in the eyes of voters in 2024. In other words, if Mkhize is elected ANC president, the party is likely to lose more votes in 2024.

However, Mkhize's accusation that Ramaphosa is using/abusing the SIU and the National Prosecuting Authority to keep Mkhize out of the race is likely to gather traction today. At a time when both institutions are attempting to reclaim their legitimacy, this could complicate the process and lead to additional disagreement over their roles. As these cases progress through the courts, judges will almost certainly have to make decisions involving Mkhize and the SIU. If those decisions go against him, he might try to claim that the judiciary is biassed in his favour. This will once again place the judiciary at the centre of South Africa's most contentious political debate: who will lead the country into the future?

Furthermore, Mkhize and others will almost certainly frame their campaign against Ramaphosa as a war against White Monopoly Capital (yes, this Bell Pottinger-invented term is with us to stay). However, because Mkhize is a fairly wealthy man, these charges will be difficult to take seriously. News 24 reported over the weekend that he and his family possess a number of businesses and homes.

Mkhize has also gotten cuts from financing transactions involving the Public Investment Corporation, according to the Daily Maverick. In an odd sense, Ramaphosa would feel safe in the face of a challenge from Mkhize, who can convincingly be cast as a symbol of the "old ANC of corruption." Ace Magashule, for example, will be forced to withdraw from the leadership race. Supporters of Ramaphosa may position him as the only legitimate leader capable of carrying out the ANC's proclaimed objective of regeneration. Mkhize has previously demonstrated himself to be a driven individual. He clearly wants the top job, or at the very least one of the top roles, in our political system. However, the road to that position is long and winding. He might discover that the Hawks' decision to criminally accuse him makes it impossible.