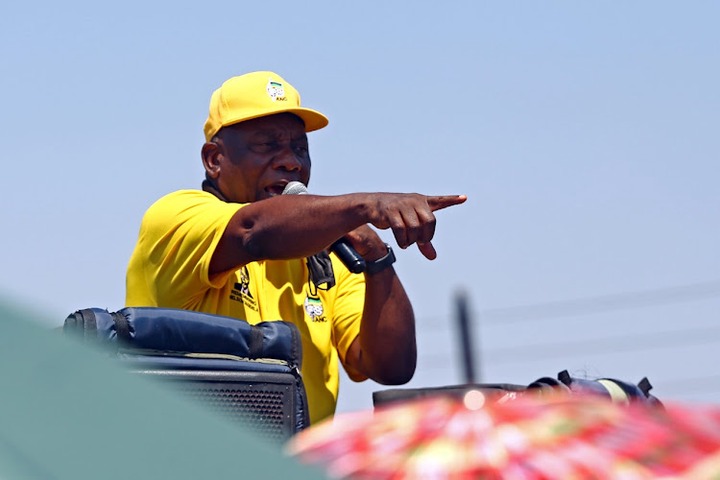 On Friday, an ANC campaign event in Ga-Rankuwa, Tshwane, degenerated into pandemonium as furious people demanded that their concerns be addressed. “You. Place your placards on the ground. "I've seen them," remarked party president Cyril Ramaphosa, gesturing to a group of citizens holding placards.Ramaphosa arrived at a tiny sports area close about noon, shortly after completing a door-to-door campaign in an informal community. When he came, some residents clapped for him, while others showed their displeasure with the way the candidate councillors' procedure had been handled.

Ramaphosa greeted the audience and began his campaign address at the mini-rally. However, he was stopped not long after he began speaking by yelling neighbors who shouted obscenities at the local councillor.

"Keep quiet , You're drunk."Ramaphosa ordered firmly, with a smirk on his face

"When it's this hot and you drink alcohol, it ferments inside you and drives you insane," he joked.

Lebohang Tifo, a local ANC member, told TimesLIVE: "The problem is that they have brought the president, and we were expecting the president to respond to our concerns." The proceedings in Wards 31 and 32 were null and void because the standards were not followed, particularly in Ward 31. We will not accept the ward councillors from Wards 31 and 32." 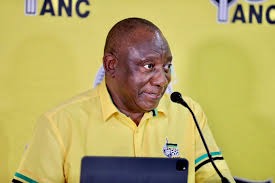 Residents, according to Lesego Gutvao, have been "going back and forth" in dealing with complaints against their local government officials.

"We began by shutting the IEC [Electoral Commission voting booth] since our complaints had not been addressed." Then we proceeded to Sisulu House and Luthuli House to close the legislature, expecting that they would attend to them. We are still waiting today."

He stated that the community was "weary of the murders of comrades in ward 32."He said that one ANC member was shot 22 times in his house, and that Godfrey Gauwe was also killed.Sello Mello expressed his dissatisfaction with the level of corruption in the area.