“Your Ship Has Sunk, You Have No Place In The Current ANC” — Top ANC Member Tells Magashule

An ANC member today blatantly told the embattled scribe of the ruling party that he has no place in the current ANC. He even advised Ace Magashule to go and form his own political party, saying that there is no spot for him in the ANC any more. Furthermore, he told Ace Magashule that his ship has sunk and there is nothing left for him except for him to leave the ANC and form his own political party. He wrote on Twitter, “Your ship has sunk Ace, you've got no place in the current ANC, I would advise you to start your new political party with your RET forces”. You recall that Ace Magashule is still under suspension from the ruling party. Whereas other suspended members of the ANC such as Andile Lungisa, Carl Niehaus and a host of other RET ANC members have been called back to the party, Ace Magashule is still to be called back, and his suspension is still yet to be lifted. 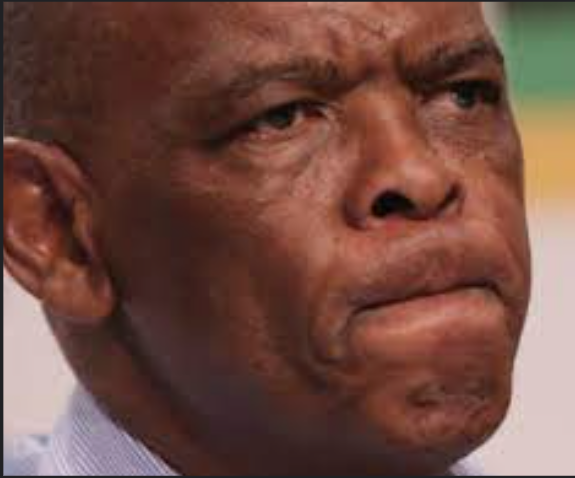 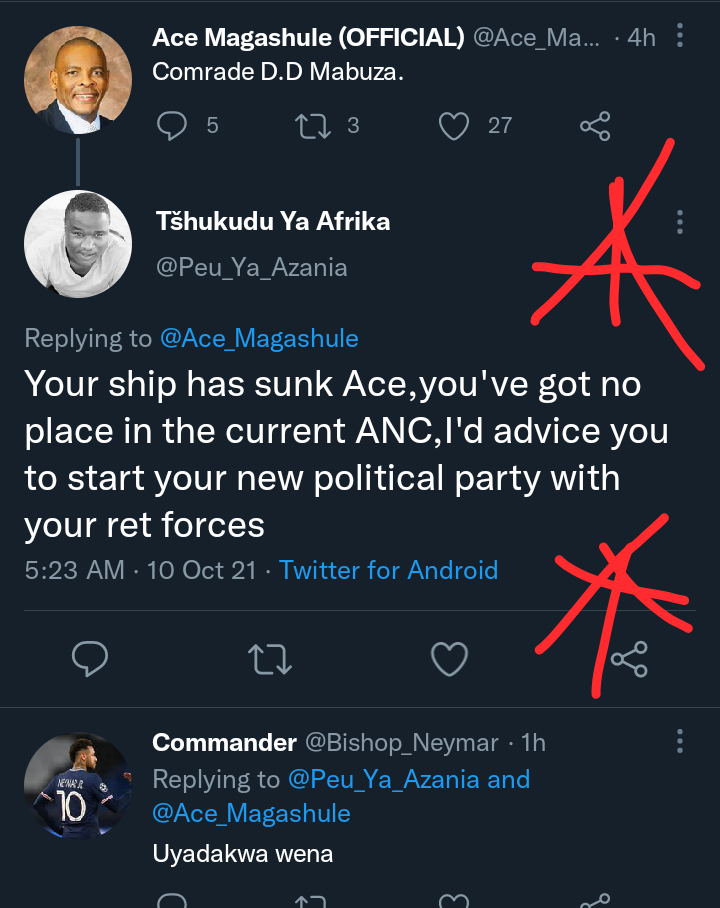 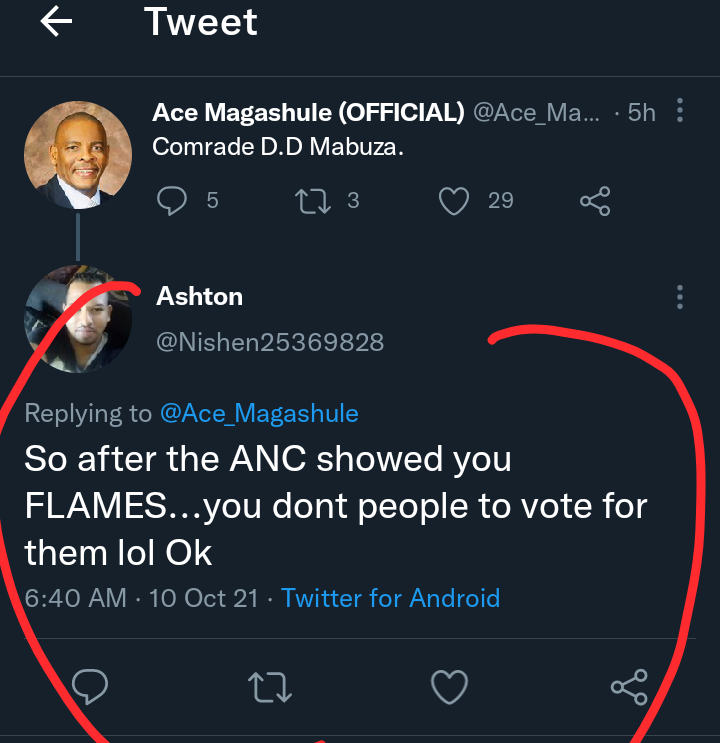 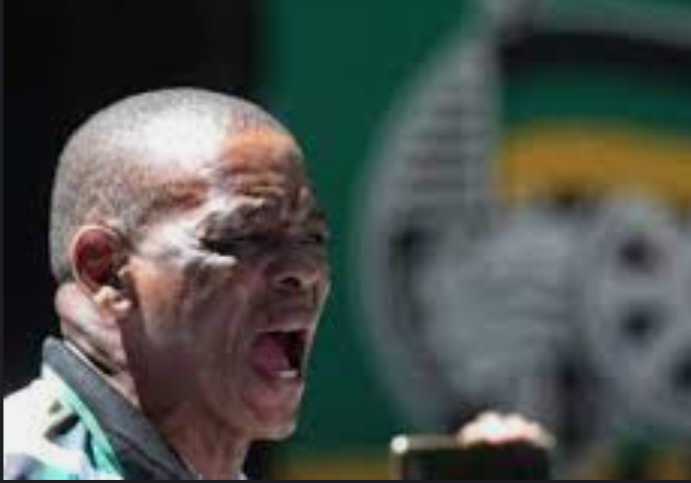 A few days ago, a trending Twitter message that people should not vote for the ANC was attributed to Ace Magashule. The message went viral almost immediately, and many news sites and blogs carried the news. Shortly thereafter, Ace Magashule came out to say that the person was impersonating him, disclosing that he was still an ANC member no matter what. He declared that his blood is always ANC come rain, come shine. Foremost ANC RET member and veteran MKMVA member, Carl Niehaus stood by him, saying that Mr Ace Magashule is still and remains the general secretary of the ANC. Needless to say that many people did not believe Ace Magashule when he said that he was being impersonated on Twitter by the person who cloned his account. But before that incident, official statement have been released at times using that Twitter account. This is why many people say that they doubt if the message was not from Ace Magashule. This youth wrote, “So after the ANC showed you flames…you don't people to vote for them lol okay”. Ace Magashule is saying that the message did not originate from him. 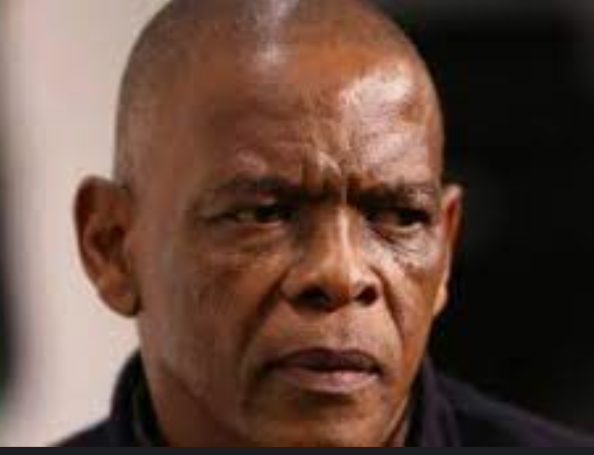 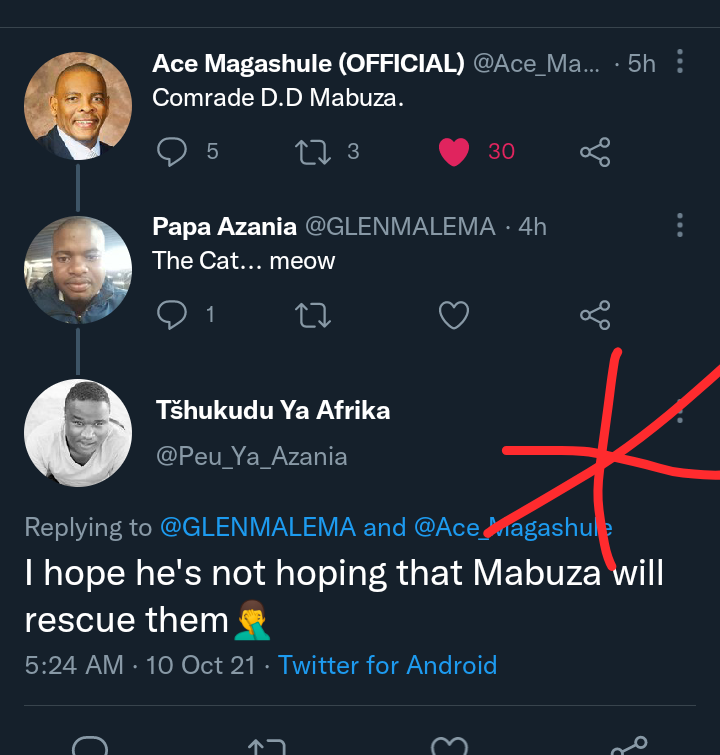 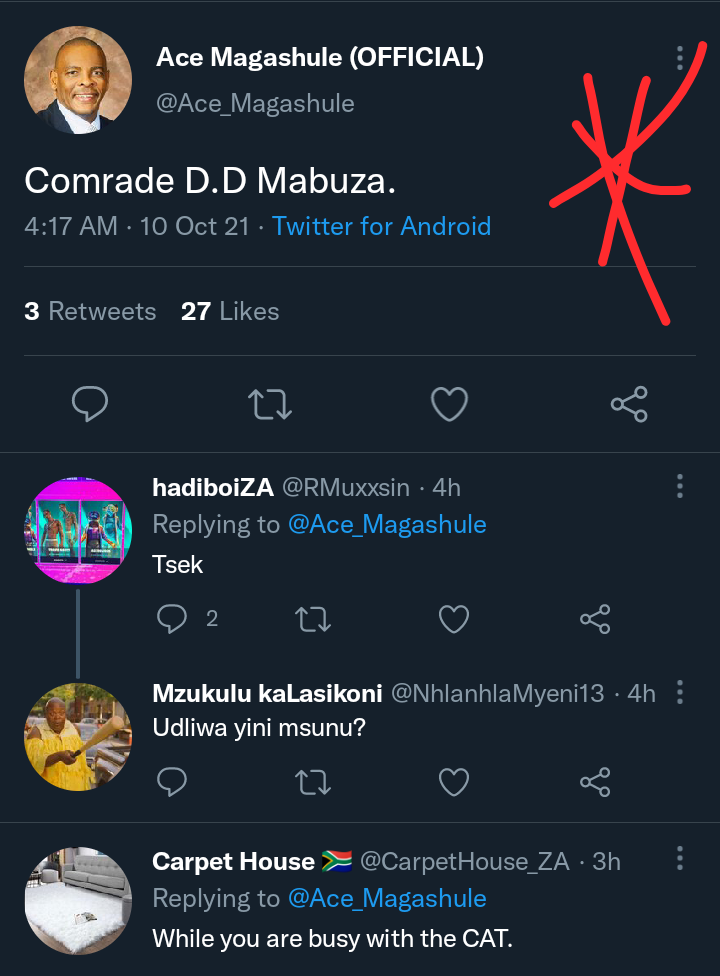 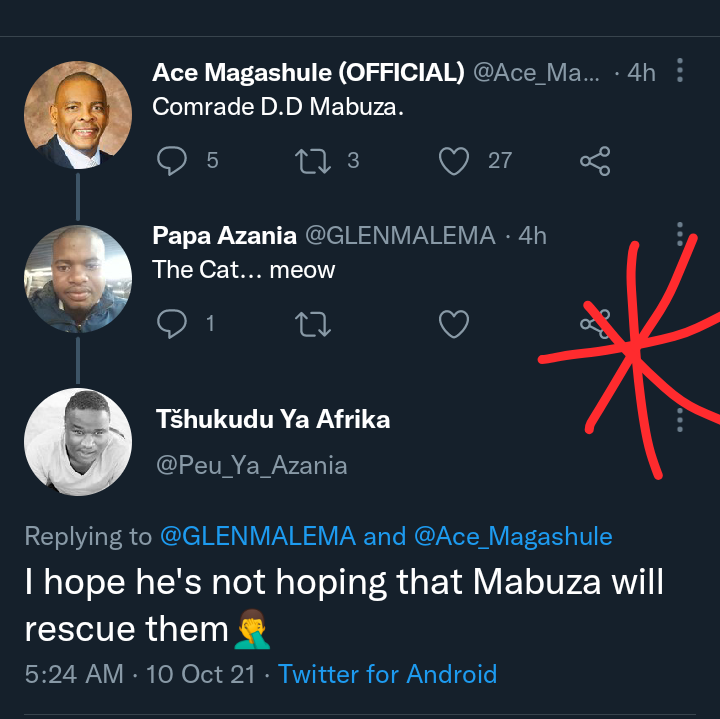 This morning, Ace Magashule just went to Twitter and wrote, “Comrade D. D Mabuza”. No message were attached, nothing less, nothing more. The message left people confused, wondering if Ace Magashule was beckoning on the vice president, David Mabuza to come to his rescue and that of the ANC, “I hope he's not hoping that Mabuza will rescue them”. It should be noted that the David Mabuza who is seldom seen in public all these years is now going about campaigning vigorously for the ruling party and have reportedly visited many municipalities across the country.