Delaying tactics and six requests for postponements marred a special meeting of the Johannesburg council, which saw EFF and ANC councillors walk out of the proceedings on Tuesday night. The sitting was held amid heavy security to prevent a repeat of behaviour witnessed last week when councillors and council staff were mishandled as arguments ensued about voting procedures.

Criminal charges have been laid against some ANC and EFF councillors over the incident. City of Johannesburg Speaker Vasco da Gama called Tuesday's sitting for the election of Section 79 committee chairpersons and the chair of chairs. These committees help provide oversight for governing the City, and the decisions taken by the mayor's executive. 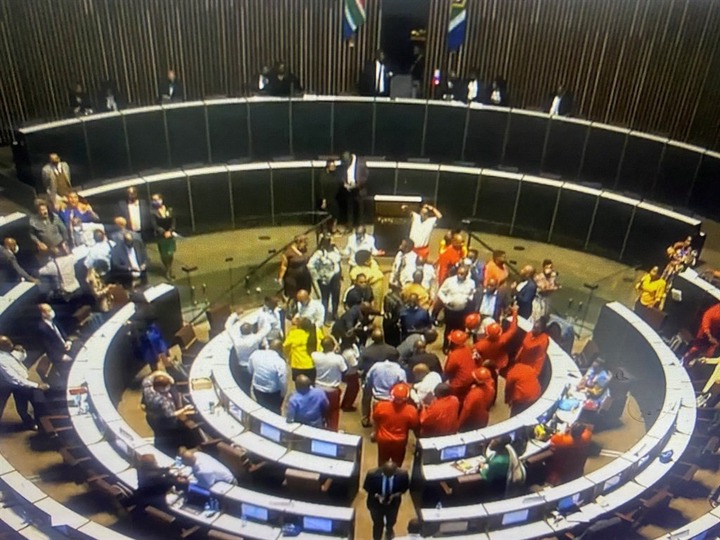 A delay in appointing committees could hamper service delivery for residents, members of the DA-led coalition government said on Monday. Disagreements about the voting method, whether it should be conducted by secret ballot or show of hands, continued to dominate proceedings.

The ANC and EFF continued to insist that the voting be done by secret ballot. This time, support for this method was backed by other opposition political parties such as the AIC and Al Jama-ah. The mood at the sitting was different, as Da Gama insisted that the voting method be done by show of hands.

The council rules and the Municipal Structures Act provide for voting by show of hands, Da Gama repeatedly told councillors. Despite the council sitting resuming at 10:00, very little council work had been conducted by late afternoon as various political parties requested postponements to caucus.

Five postponements were requested and granted by Da Gama. The ANC, ActionSA and Patriotic Alliance all took turns requesting postponements, which included concerns over the attendance register. The DA also requested a 30-minute postponement in the afternoon without providing reasons for the delay.

ANC and EFF walk out

The EFF, ANC and minority political parties walked out of the proceedings, which stalled the agenda of the meeting. In total, 268 councillors were present when proceedings resumed in the morning, but only 136 remained by 19:00, resulting in no quorum for the proceedings to continue.

While walking out of the sitting, political parties said they would not participate in a meeting where rules were being flouted. "We want [a] secret ballot," screamed ANC and EFF councillors. The ANC had indicated support for a secret ballot, saying it would allow councillors to vote with their conscience.