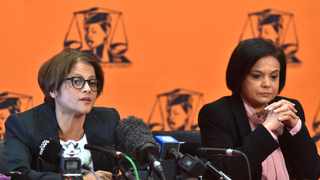 The issue of the acquiescence of the top of the National Prosecuting Authority's (NPA) Investigating Unit advocate Hermoine Cronje has poured out over into Parliament after MPs called the National Director of Public Prosecutions Shamila Batohi and Justice Minister Ronald Lamola to clarify.

Administrator of the portfolio board of trustees on equity and remedial administrations Bulelani Magwanishe affirmed on Friday that the gathering has been planned for Wednesday.

It arose yesterday that Cronje had left her place of employment and will formally leave office in March.

Appointee National Director of Public Prosecutions Ouma Rabaji-Rasethaba would help during this time.

Magwanishe said this was a significant gathering for individuals from the equity council to get explanation from the priest and Batohi.

He said MPs were worried about the most recent improvements in the NPA.

He said they met with the NPA last week where they likewise talked about the issue of the arraignment of politically-sanctioned racial segregation period violations.

He said they were worried about the sluggish speed of the arraignment of these cases and that individuals who are embroiled are old.

As of late, in a composed answer in Parliament Lamola said there were some of these cases and were arraigning them.