Its quite funny that people who used to call President Zuma "Butternut", "Zulu Boy" “Shower head” and even worse names, are in an uproar about Naledi Chirwa calling President Cyril Ramaphosa"Little boy". 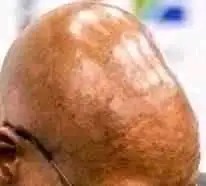 That uproar should have been applied too. When people were painting President Zuma's genitals for clout. People, disrespected President Zuma. From social media to direct contact. They even painted his genitals and displayed it, disguised as "Art”. They were praised as people. Who are exercising their freedom of speech.

EFF fighters were also influential on those insults. President Zuma went through the most. They even laughed at that disrespectful painting showing private parts. Even Trevor Noah became a host of the Daily Show in America due to making himself famous for insulting President Zuma.

The Problem people forgot the wheel goes round and round. They thought it was about Zuma and will end with him. Their outrage is always selective. It has been proven time and time again. Julius Malema once sexualised an old lady MaKhumalo ( President Zuma’s first wife) with a swimming pool issue and everyone was happy and laughing. 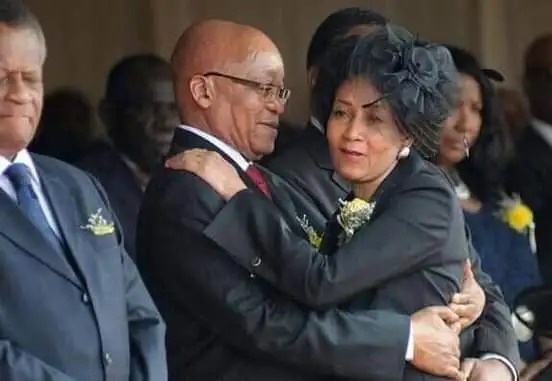 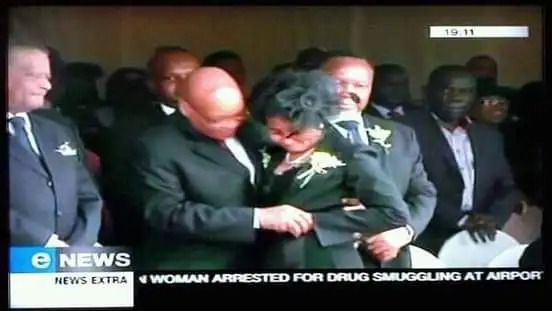 The funny part President Zuma was called all sort of names. There were even pictures drawn of him degrading him as a president. Mainstream media did not say a thing, in fact they were in support of it. Now we are told that Naledi is 28 years and doesn’t have a right to insult President Cyril Ramaphosa because he is the elder.

For Naledi’s fate after insulting the white man’s boy. I hope she has no skeletons. Hope her tax matters are in order. She has never had any questionable business dealings. I will keep my prayers for her because Cyril Ramaphosa will send SARS, HAWKS,SIU and make sure his bodyguards judges like Dustin Mlambo, Raymond Zondo will preside over the matter. She will loose cases before even started!

They must insult him even more. Until all his handlers come out gun blazing. The same way they came to lash out to Minister Lindiwe Sisulu over the constitutional law saga. Rupert Boy was touched suddenly everyone must agree to call Naledi Chirwa to order! Look here 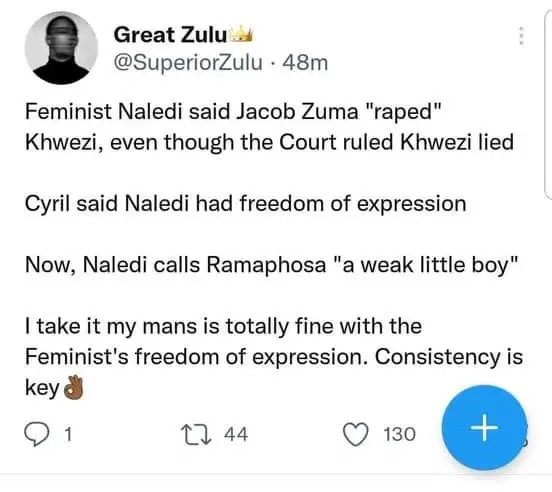 Hectic Cassper Nyovest Had To Defend Himself After Big Zulu Told Him To Stay Away From His Wife. See

The meaning of Foamy Urine and how to deal with it.