By SPORTSANDNEWS (self media writer) | 6 months ago 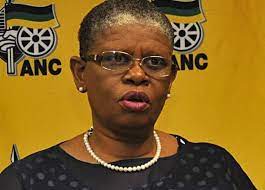 Zandile Gumede, the embattled former mayor of eThekwini, is the latest high-profile official in KwaZulu-Natal to voluntarily stand aside in accordance with the ruling party's step-aside rule.Last month, ANC KZN Deputy Chairperson Mike Mabuyakhulu became the province's first to do so.

Following meetings with the Provincial Executive Committee, the ANC in KZN claims that 12 more members have stepped down.The party claims that none of those members will challenge the step-aside resolution in court, which they applaud.However, the good news for taxpayers does not end there, since the worried individuals may return to the fold.

Zandile Ruth Thelma Gumede is a South African member of the KwaZulu-Natal Provincial Legislature who has been in office since 2020. From 2016 until 2019, she was the Executive Mayor of the eThekwini Metropolitan Municipality.She is charged with corruption in connection with a shady multi-million rand Durban Solid Waste procurement.More than R50 million in assets were taken from accused fraudsters, including Gumede, in October last year.

Content created and supplied by: SPORTSANDNEWS (via Opera News )

PHOTOS: Is she recovering? Sophie ndaba is too much, Her recent looks Will leave you stunned

Here Is Why Covid Is Getting Bad In Joburg