He Is Back, ANC "Welcomes " Ace Magashule Back Home

By NewsFlashMedia (self media writer) | 6 months ago

The African National Congress, ANC has welcomed back one of their own, even though he was just voting. Suspended ANC Secretary-General Ace Magashule was seen today wearing ANC colours going to cast his vote, he even took time to speak to the media, making it known that he had voted for the ANC.

Magashule was suspended from the party after numerous cases of fraud, corruption and money laundering were made against him. 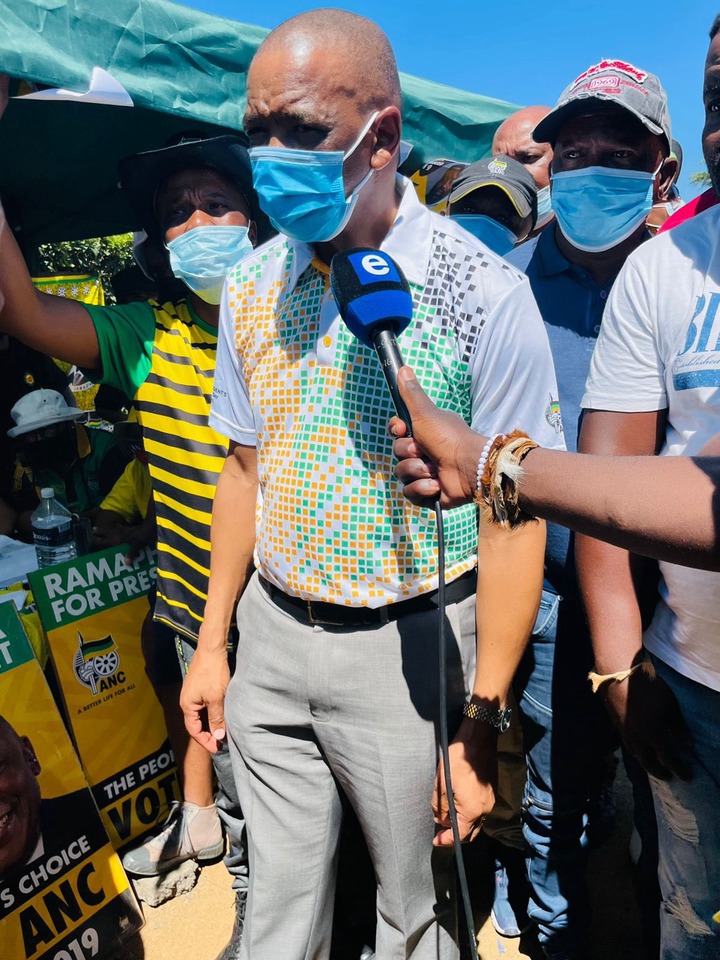 He tried challenging his suspension but to no avail by taking the party and its president Cyril Ramaphosa to court to have his suspension lifted. Magashule's post on twitter on his voting journey was met with different views as many claimed that he was probably lying and that he did not vote for the ANC.

Elias Sekgobelo "Ace" Magashule is a South African politician and an anti-apartheid activist who is currently on suspension from the position of Secretary General of the African National Congress. He served as the Premier of the Free State, one of South Africa's nine provinces, from 2009 until 2018.