The decision-making body of the ANC the NEC refused and don't forget that the NEC was also divided on the matter, stop with this narrative that PresZuma refused EFF 6% it's lie.

EFF gave ubaba 6% WITHOUT any conditions for him to get 2/3, so he could expropriate land without compensation, but he refused, Zuma used the land issue as a political gimmick to try to save his political career!

Due to this land issue PresZuma was able to secure his political career and ambition,

This is a big challenge and political quimaiah that what PresZuma use to secure his political know this land is offer about 6%, so he expropriates land without compensation, but he bluntly refuse the offer.

And some have forgotten, just because they dislike Ramadreamer they tell us that this president doesn't care about land issue. Problem is the entire ANC. They think we're fools.

Sbonelo Radebe committed on Twitter and that Baba never believed most of the things he said. He was fed them, that’s why he did nothing. Just like, Lindiwe is being fed revolutionary language she does not believe in. Is she elected, she will do nothing too?

Stanley also said on Twitter that The president is not the mbr of parliament, so Zuma couldn’t force Jackson Mthembu to use the 6% and vote for LEWC. Jackson with sellouts like Hannekom who worked with the eff to unseat Zuma, rejected the offer not Zuma and Malema knew it as he was friends with his enemies.

They should stop deceiving us the land does not belong to anybody, but it belongs to the government and must be used for public use. Period. 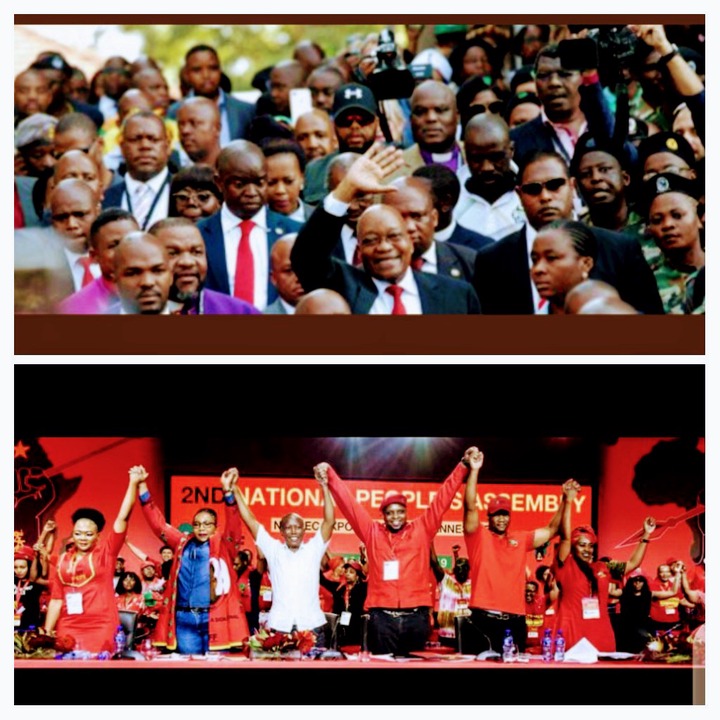 4 Set Of People You Should Not Be In A Hurry To Date And Marry, Number 3 Can Destroy You

4 Categories Of Ladies You Should Not Hesitate To Marry, Number 3 Can Kill You

If you Know Zozibini Tunzi is Beautiful, Then you Have To meet Klara kalu.