Jacob Zuma opposed my appointment to the UN - Phumzile Mlambo-Ngcuka.

By Trojen (self media writer) | 4 months ago

Outgoing Executive Director Of UN Women Phumzile Mlambo-Ngcuka Says former president Jacob Zuma did not reccomend her appointment to the global body,but had in fact opposed it.

"He Actually did not reccomend me,in fact he protested my appointment and challenged the Ambassador of South Africa to the United Nations at the time,for not stopping this,which the ambassador could not stop because it was a prerogative of the General-Secretary,"she explained during an interview with newsroom afrika on Tuesday.

Mlambo-Ngcuka made the comments after a viewer asked; "when are you going to thank former president Jacob Zuma for recommending you to the United Nations?"

Mlambo-Ngcuka told the television that it was a "competitive bid" and that South Africa had nothing to do with it.

"It was a competitive bid to be appointed,even though I was approached...butI still needed to do an interview,and they decided on who they wanted,so South Africa had nothing to do with it.If anything,they were against it,"she said.

The Jacob Zuma Foundation had not taken the remarks lightly.

Foundation spokesperson Mzwanele Manyi hit back in a tweet: "why would Ms. Phumzile Mlambo Ngcuka on @Newsroom405 make claims that are not borne out by available facts that H.E prez Zuma did not support her nomination.There was even a government statement in her support."

He further added a link to a 2013 government statement where Zuma had congratulated Mlambo-Ngcuka on her appointment to the UN.

Asked for further comment,Manyi referred News24 to his tweet.

In 2005,then president Thambo Mbeki replaced Zuma with Mlambo-Ngcuka,which made her the first female deputy president - from 22 June 2005 to 24 September 2008.

Mlambo-Ngcuka resigned in September 2008,after Thembo Mbeki stepped down as a president,news24 reported. 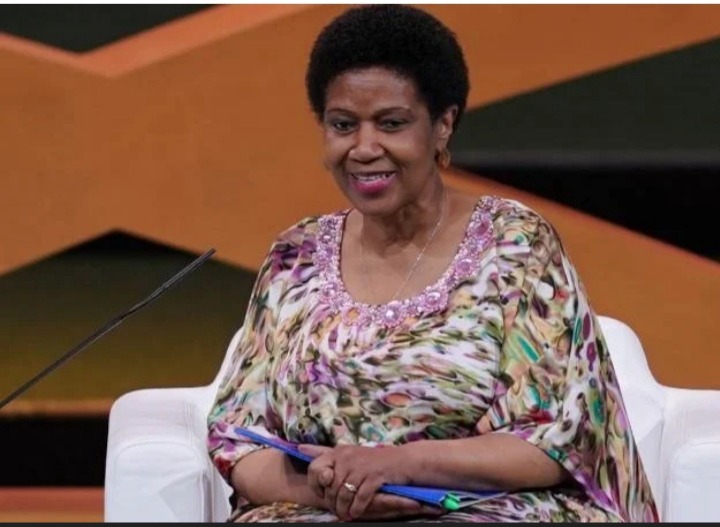 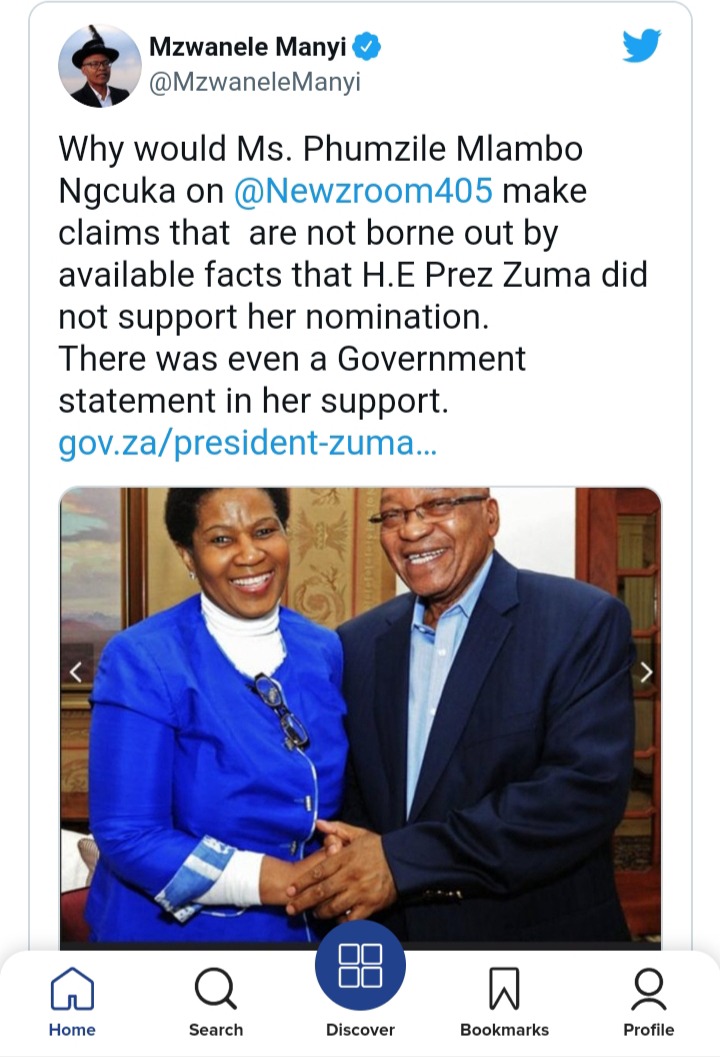 Content created and supplied by: Trojen (via Opera News )