Andre De Ruyter, the CEO of Eskom who was once accused of being racist by Solly Tshitangano, former Eskom Chief Procurement Officer, is once again in hot water following leaked emails of racist remarks he made against EFF leader Julius Mala and the late Winnie Madikizela Mandela. 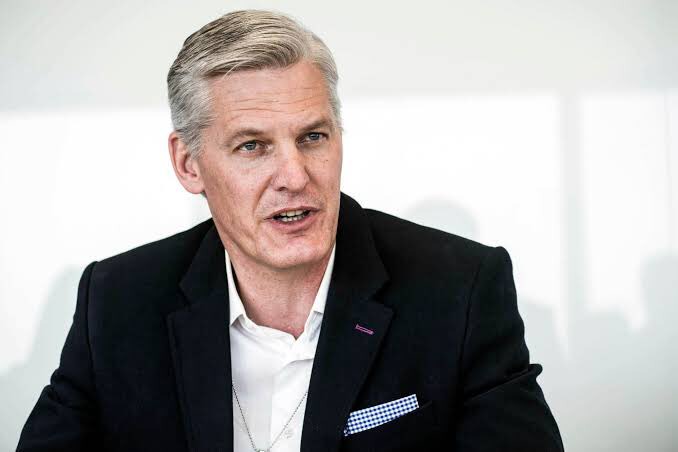 After a thorough investigation was conducted regarding racism claims by Tshitangano, De Ruyter was cleared of any wrongdoing, and it was concluded that the allegations against him were false, wrong and that there was no evidence.

However, the Eskom boss is once again making headlines but this time, there is evidence that he truly is racist. In the emails that have gone viral during his time at Sasol, De Ruyter wrote to Beijing Huis and said that Margaret Thatcher, the late British Prime Minister was right when she said that Winnie Mandela was an ironing lady while she (Margaret) was an iron lady.

They further stated that she had a point when she said that the ANC, or any black leader, will never be able to lead South Africa. 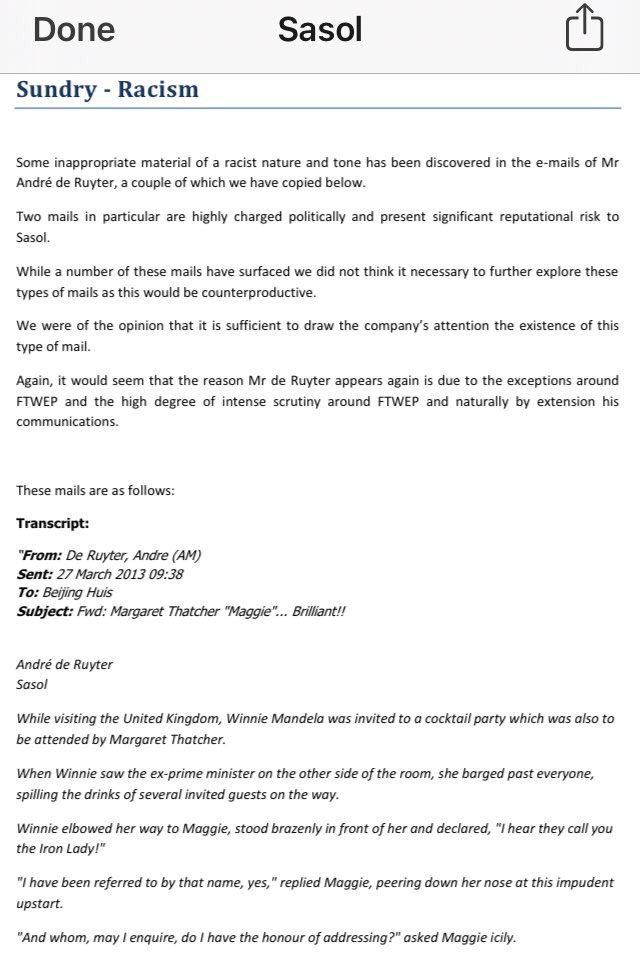 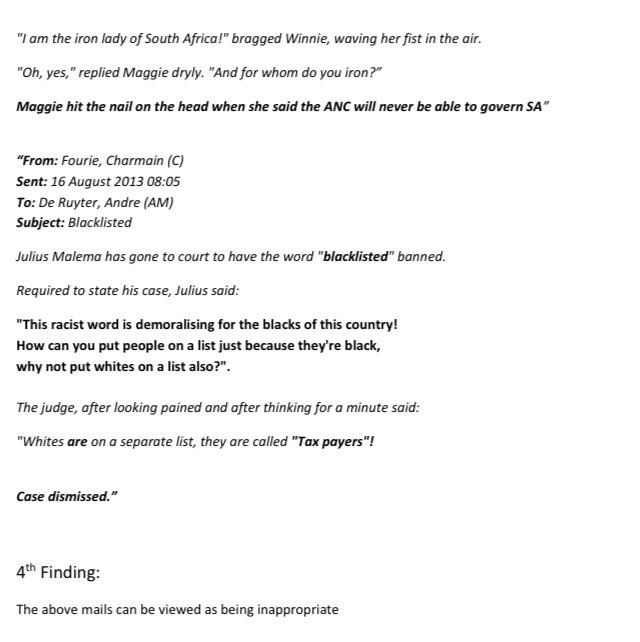 In another conversation with Fourie Charmain, Ruyter's colleague, there are claims that a judge on Malema's case when he wanted the word blacklisted banned, and highlighted that only black people are in this category and not whites, the judge ruled that only white people pay tax, and therefore dismissed the case. 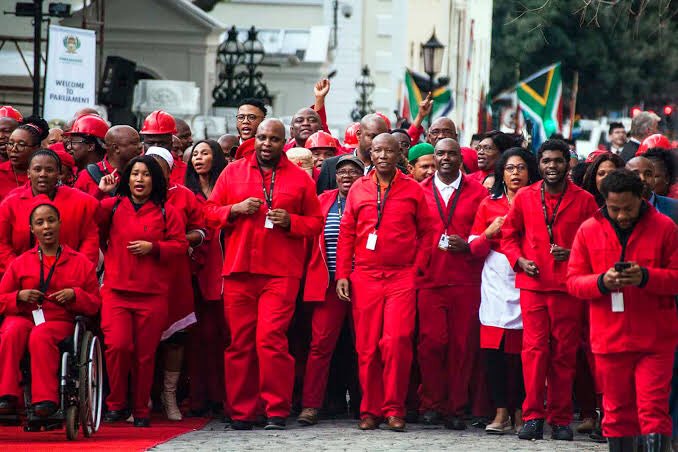 This has caused a lot of public outrage. The EFF has released a statement on the matter and says that Ruyter and his team do not appreciate what black women who were in the struggle did for this country. They add that Ruyter has been firing black bosses since he arrived at Eskom, 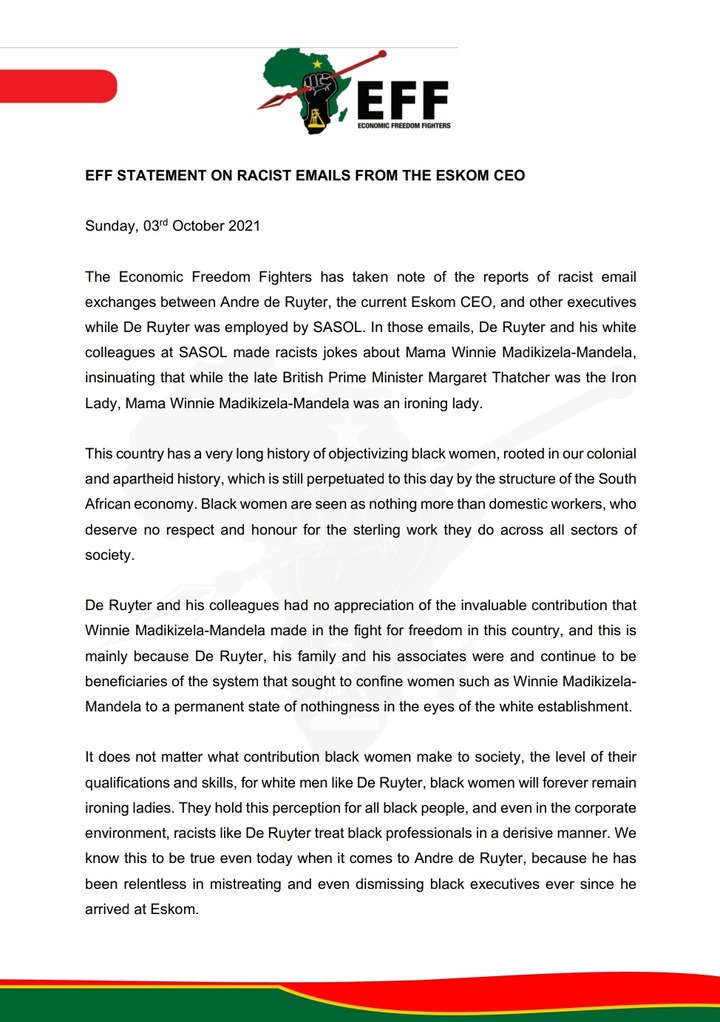 They feel disgusted that Ruyter and his colleagues believe that only white people pay tax, suggesting that black people don't. They are calling for Eskom to dismiss De Ruyter, calling him a racist. 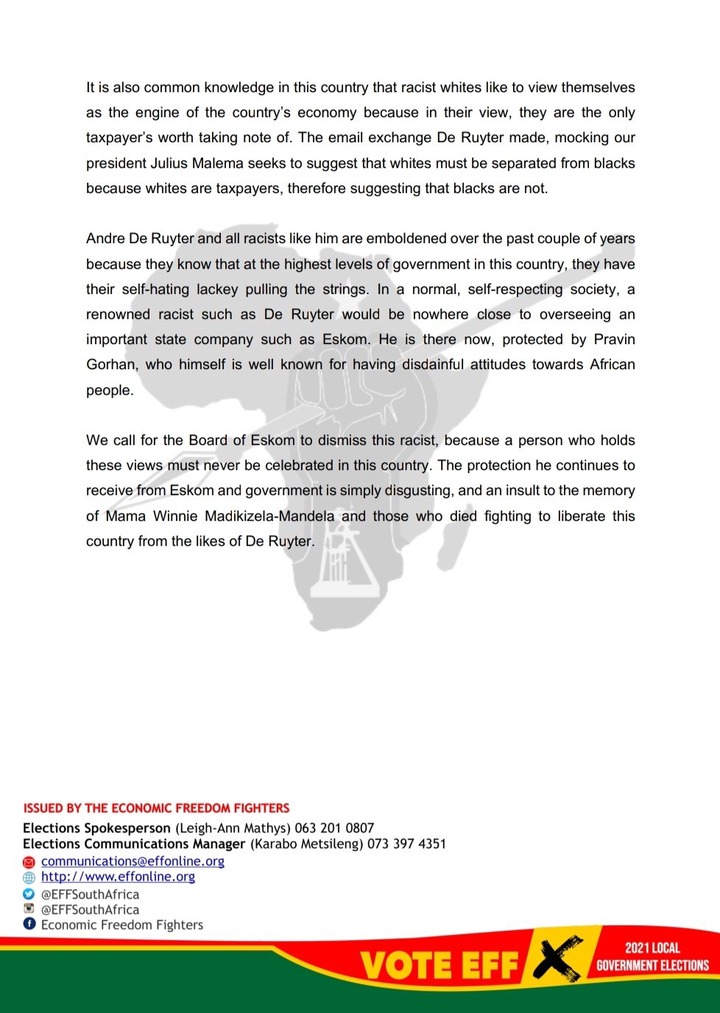 Although the masses agree that De Ruyter's remarks are offensive, they say that Malema also made offensive remarks towards Lindiwe Mazibuko, by calling her a tea girl, which they believe is just as racist. 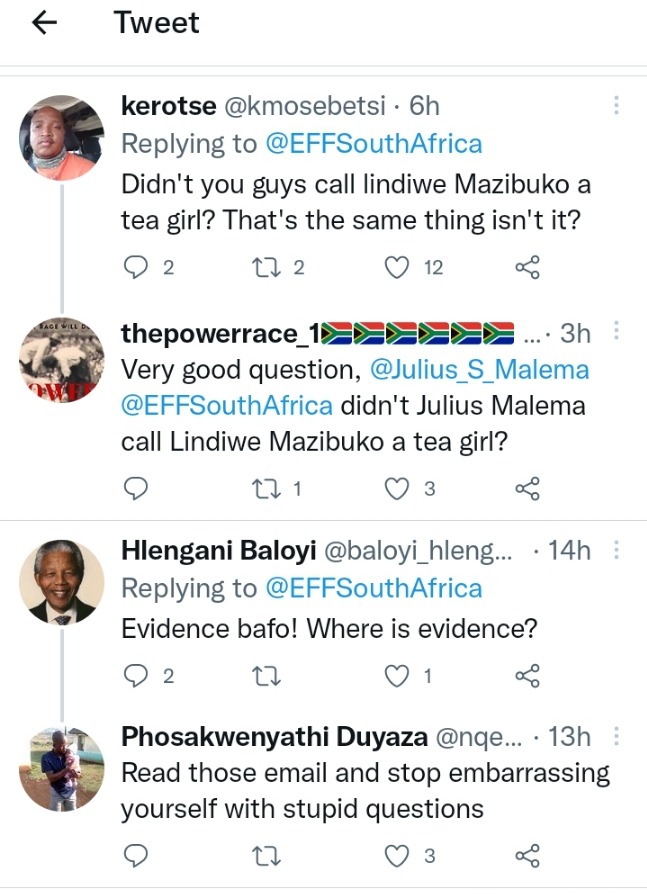 Lest we forget how Black folks were hounded and treated as vermin in this land during apartheid. The problem is white people continue to own a lot of the country's wealth while they are a minority, they are economically free and they have wealth which no black can accumulate in 10 years.

It is therefore unfair for white people to be compared to black people. If we do thorough research on the economy of this country. 7,5 million of the youth are unemployed and most of them are black because they are the majority.