By Erapoetblog (self media writer) | 5 months ago

A South African lady was spotted in putting an RIP sign on the peg, and she wrote president Cyril Ramaphosa's name on it. This is coming after it was announced that president Cyril Ramaphosa is down with Covid-19, and he is currently in isolation receiving treatment. The lady is probably a member of Black First, Land First party (BLF). They once organized something similar some time ago when it was announced in the media that about one million graves have been dug. However, people are calling for this lady to be arrested with immediate effect for disrespecting a democratically elected president. They declared that although politically, many people may not agree with each other, that is not a yardstick or an avenue to be wishing them dead or praying dangerous prayers for them. They also hinted that Africans do not rejoice over the death of anyone, even enemies. This is why everyone is attacking the lady on Twitter. Only a few people seem to be defending her. It is expected because everyone cannot be on the same line or on the same page. 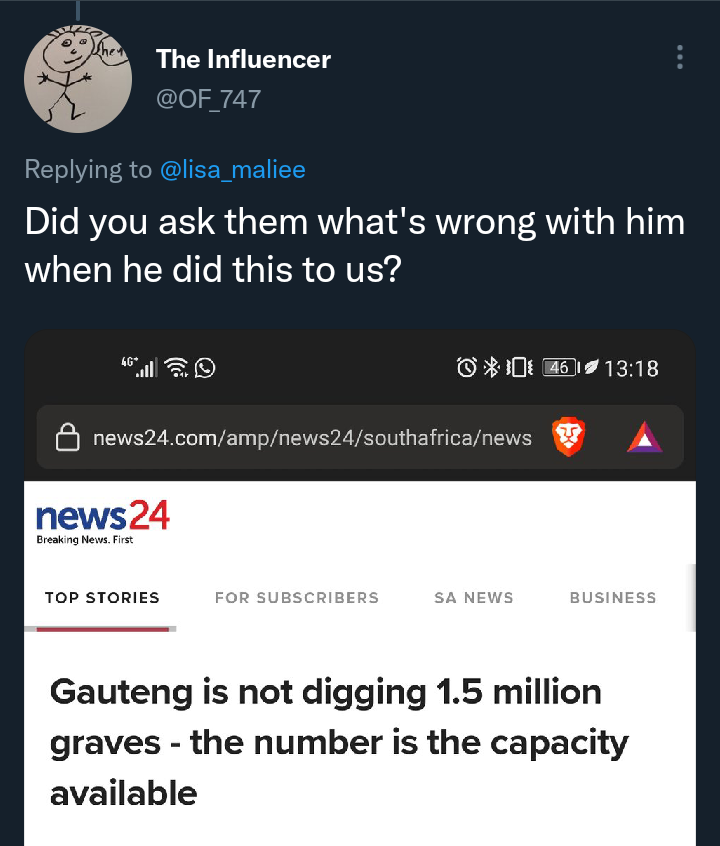 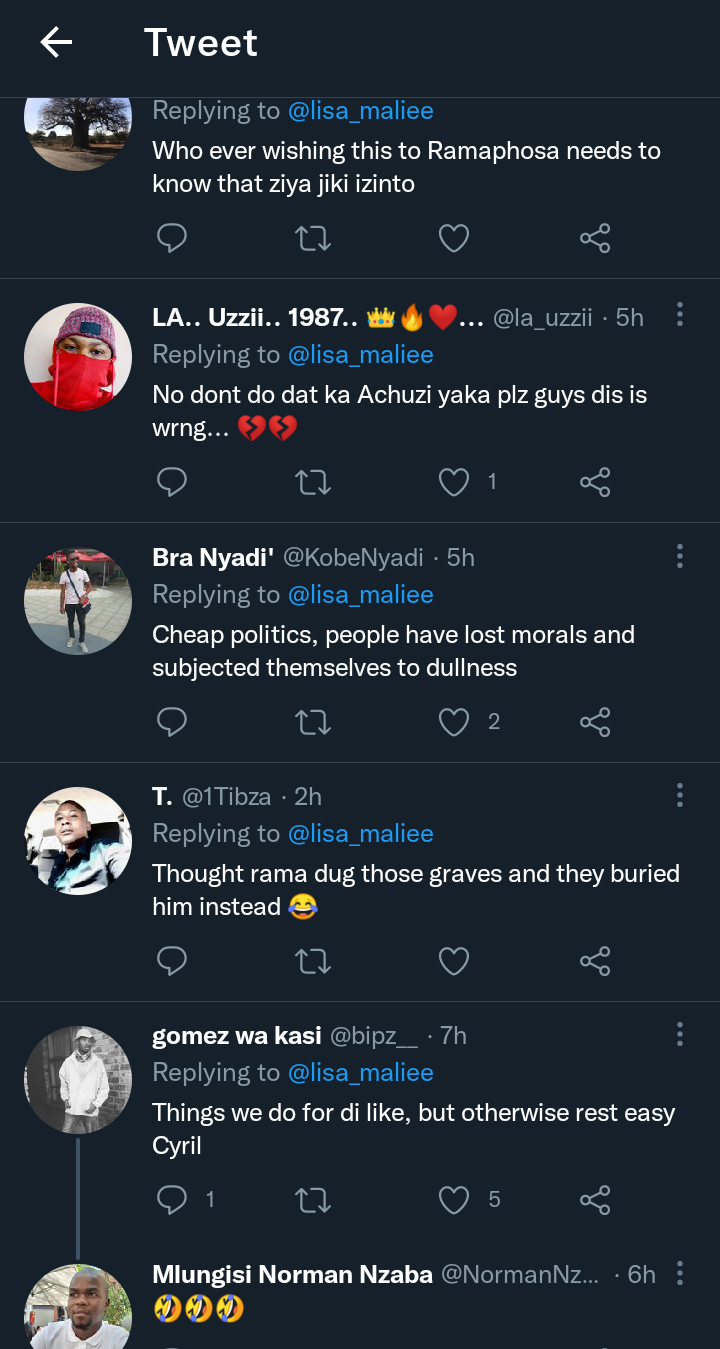 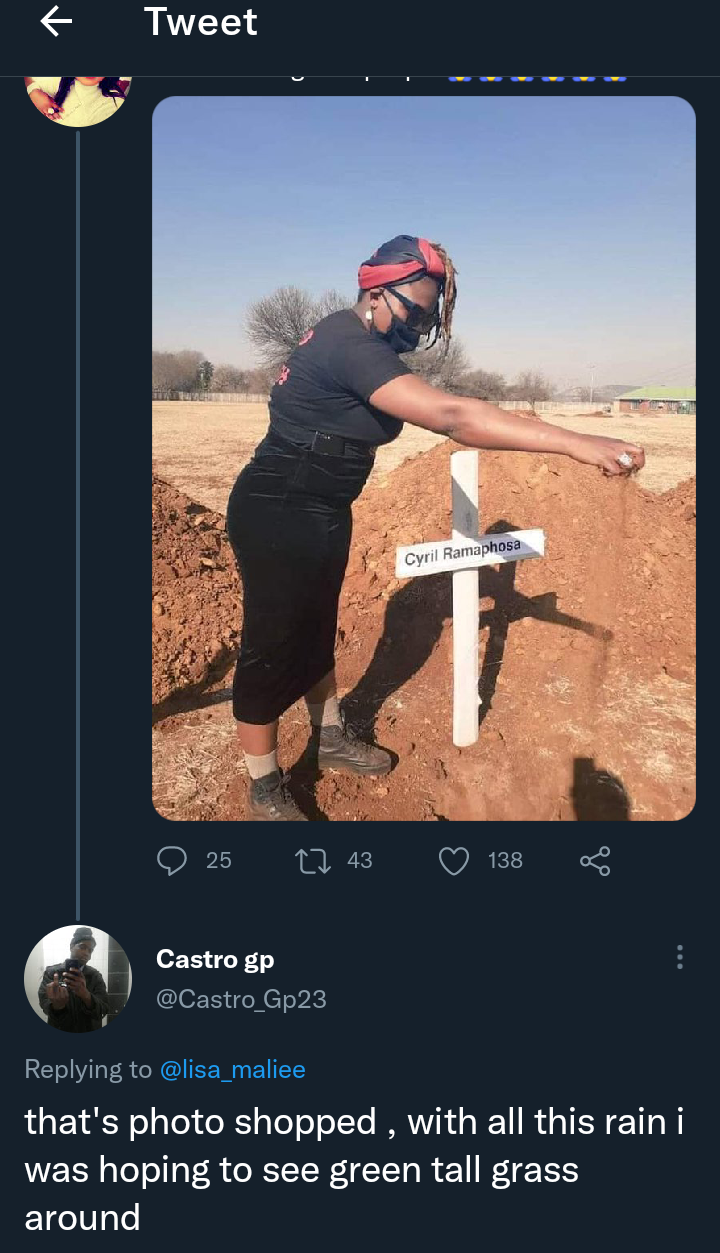 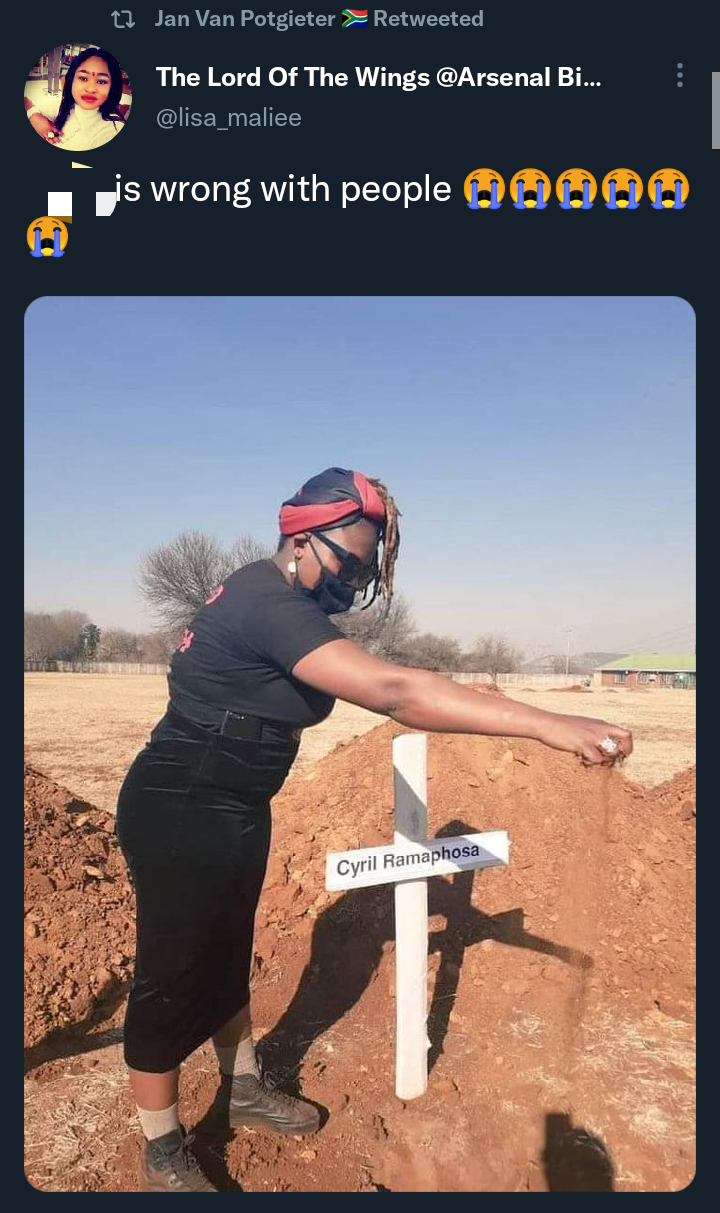 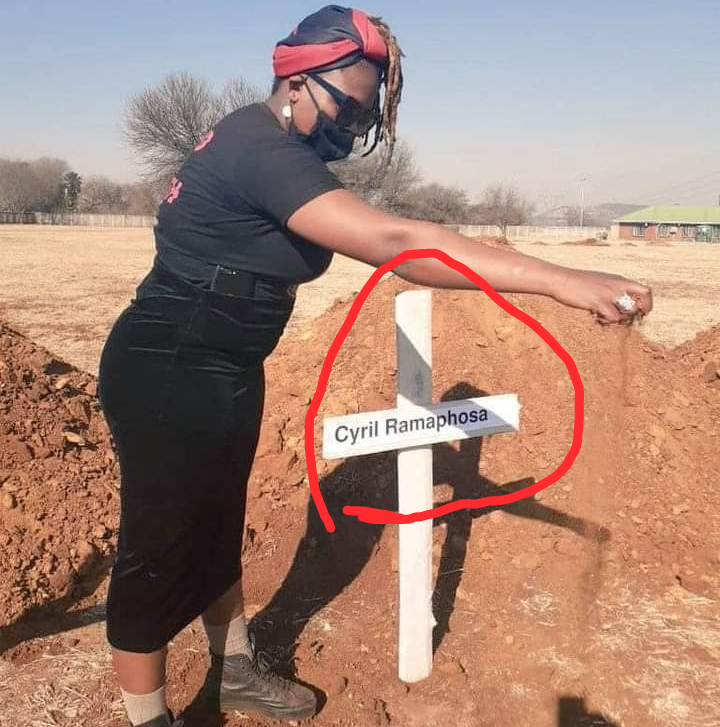 However, someone who defended the lady said that she did not do anything wrong. He argued that since the graves have been dug, corpses must be buried there, saying that those who died were also people's loved ones. He said, “Remember he was digging this graveyards for us now he must go down there and follow his de klerk. Did you ask them what's wrong with him when he did this to us?”. Some people, however, are attacking president Cyril Ramaphosa for promoting a vaccine that could not protect him. They said even though president Cyril Ramaphosa took all the vaccines and even took the booster shot and whatever there is, he still got the virus. Someone said that it is either Ramaphosa did not take the vaccine, or he is just deceiving South Africans to take a non-functional vaccine. Despite getting Covid-19 after being certified fully vaccinated, president Cyril Ramaphosa still went on Twitter this evening to promote the vaccine, saying that it would have been worse if he was not vaccinated. 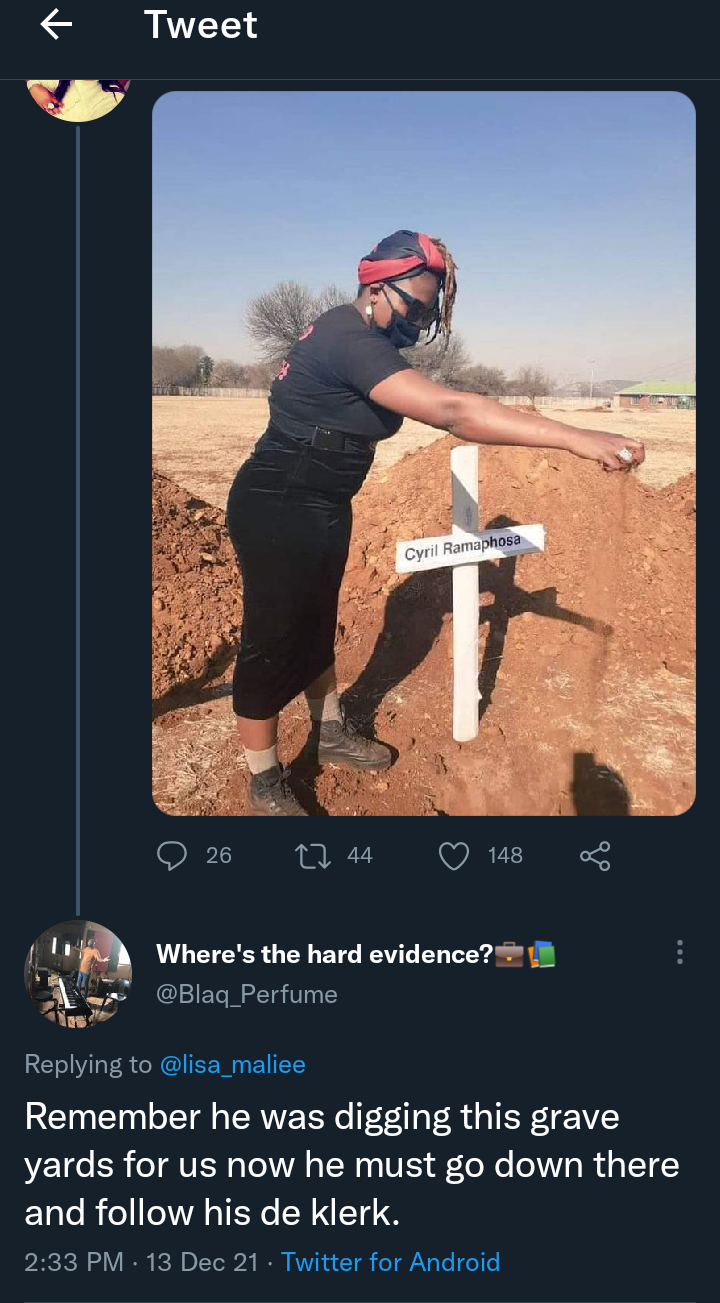 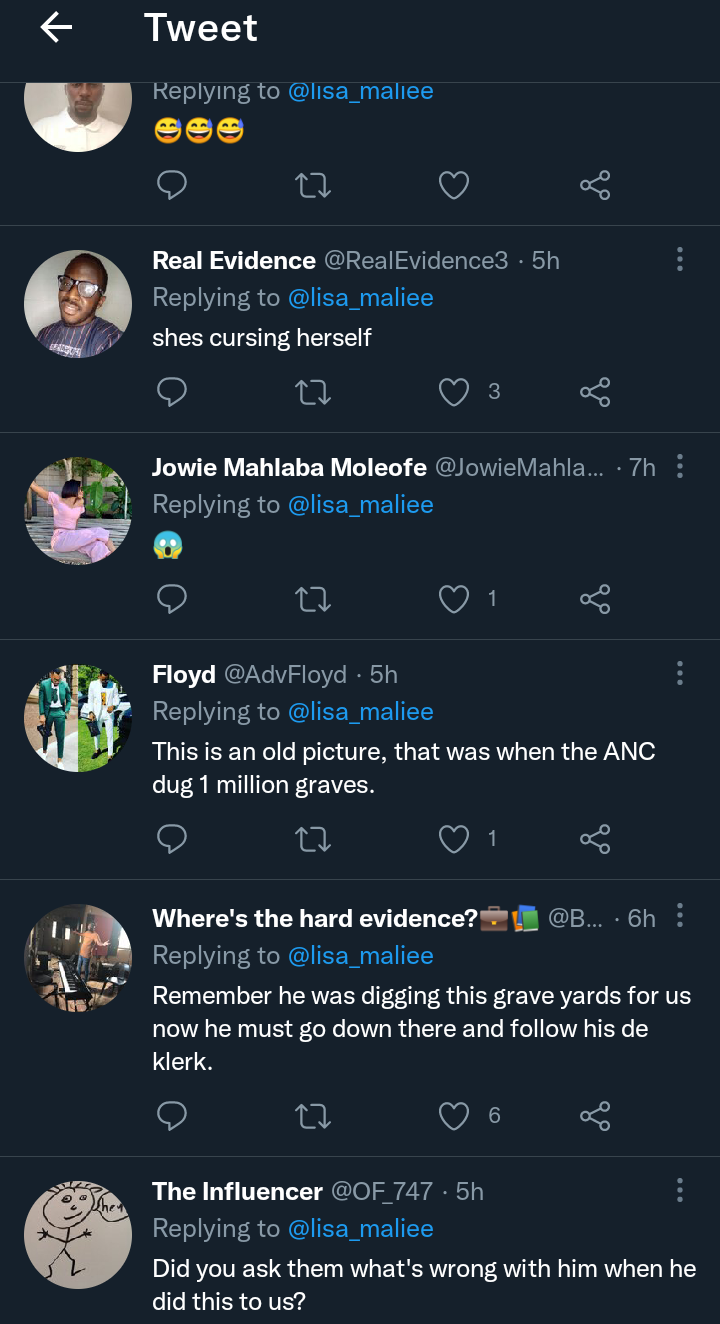 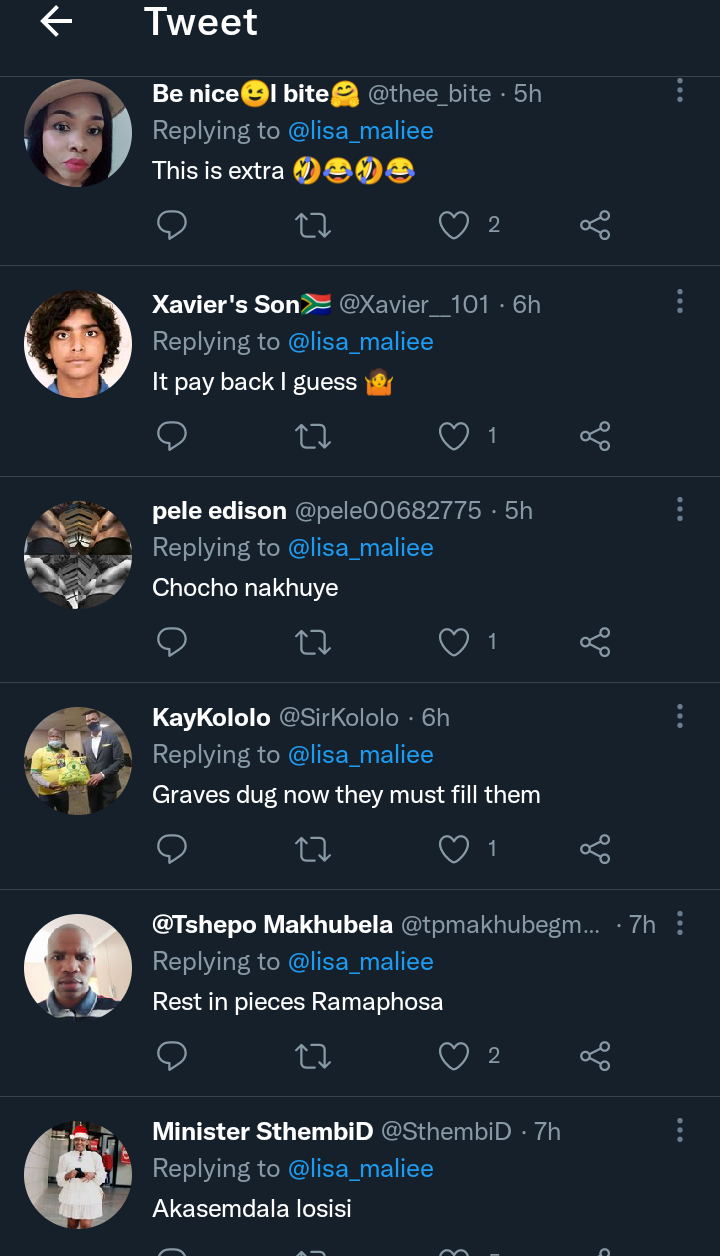