Tito Mboweni on a war zone after his tires got messed out, Calling Fikile Mbalula to FIX the Roads

It is no secret that South Africa’s service delivery hasn’t been what people expected for the past decades . Each time people vote, they are reminded to vote for the party that will ensure the service delivery doesn’t take long and that people always get what they voted for . This is the everyday speech political parties uses in order to get votes but come end of the votes, the delivery service still becomes a problem. People are experiencing hardships in many communities as well as villages . The main issue is running water as well as sewage issues that up to date has bothered many communities. 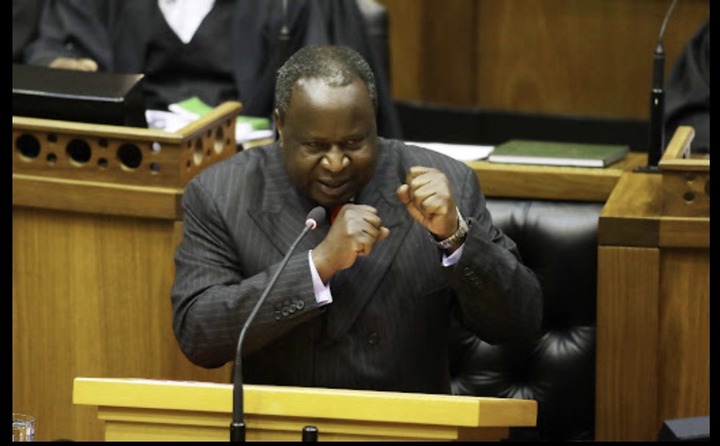 Body of the matter:

When Tito Mboweni was still on the government side before he resigned or voted out as the Minster of finance, he never saw any issue when comes to the potholes that people were always preaching about each day . Today that he sees the damage these unserviced roads does to peoples cars, he has comes forward to call on the Minister of Roads and Transport Fikile Mbalula to fix these roads and stop talking. Mbalula was spoken about few days ago where by people were questioning his duties as the minister of Transportation. Unfortunately people believes he is too busy trying to fix the roads by being online on Twitter 24/7. 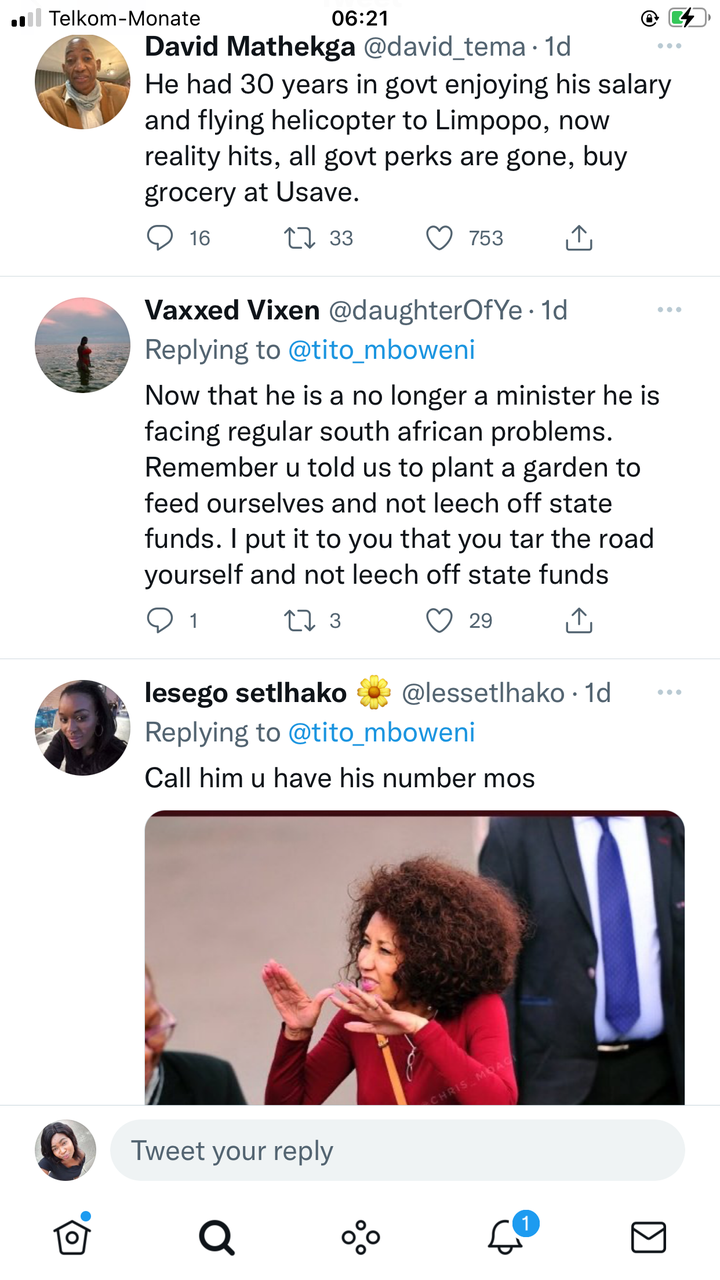 It also looks as though Tito Mboweni is also took quick to forget but South Africans reminded him as well about the time he told them to stop depending on South Africa state funds and try to create something for themselves like planting a garden in order to feed themselves. They are now returning the favour by also telling him to build his own tar road so that he can use it himself. The problems that South Africans are are following is what he is experiencing as well. 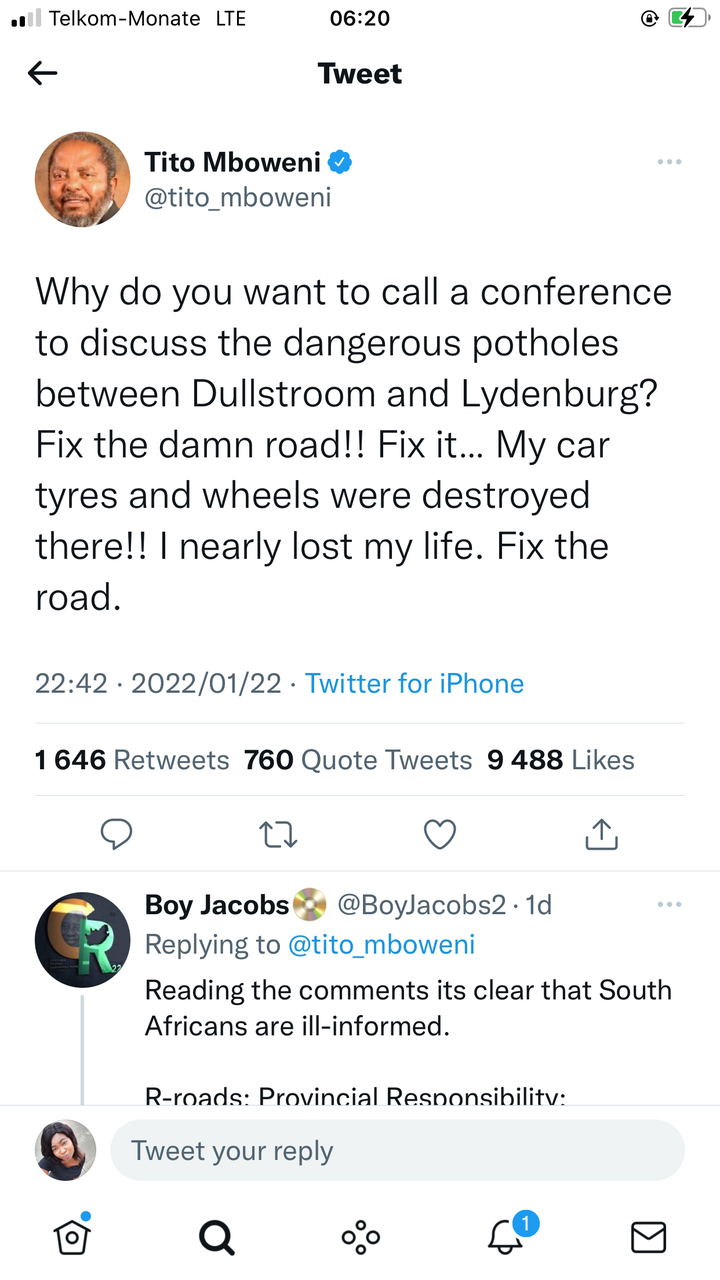 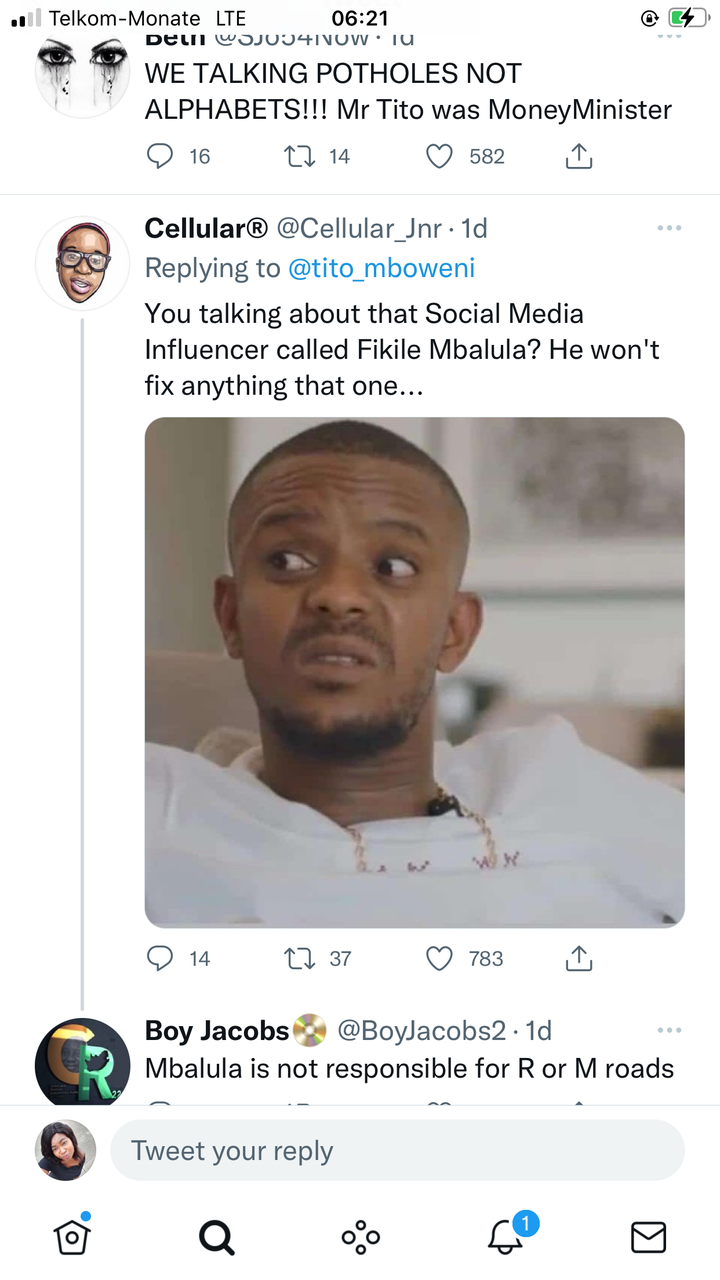 Fikile Mbalula hasn’t responded to Tito Mboweni’s tweet but it is only a matter of time before he does . Even if he ends up responding, this whole issue is clearly a wakeup call to South Africans . It will be like any song being sang each day but surely as citizens we will not forget the impact it is having on everyday bod our lives .