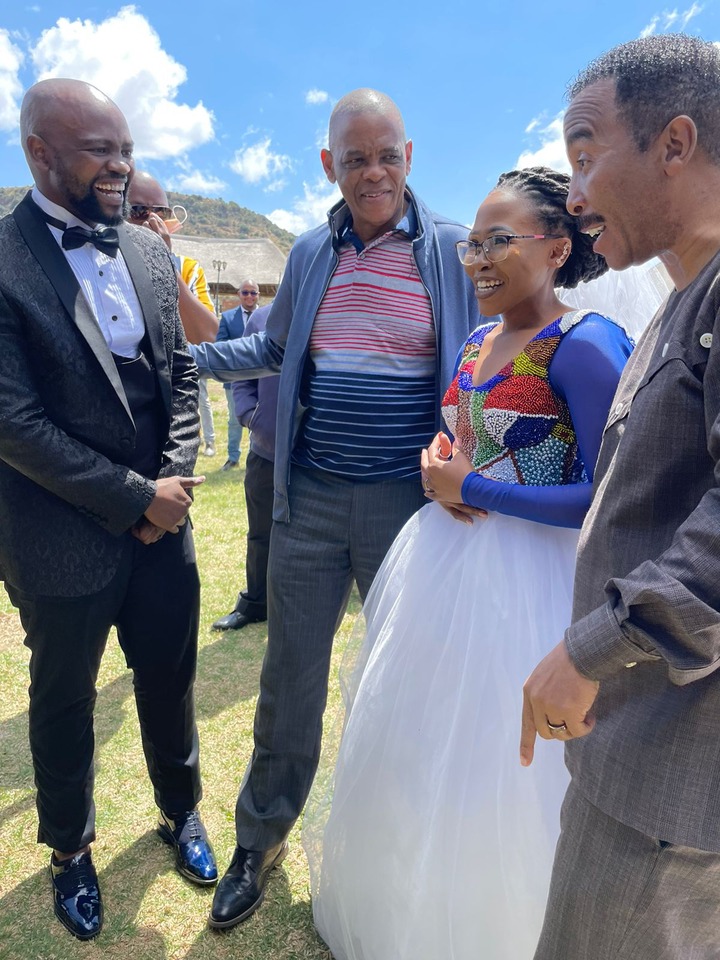 ANC secretary general, Ace Magashule who is currently suspended from party's activities, was all smile when he attended a wedding to witness his close comrades tying the knot.

It is alleged that the wedding Magashule attended is that of two love birds, doctors who met in Cuba while studying there; they were also part of the project that was funded by sponsors identified by Ace Magashule during the time he was the Free State Premier. 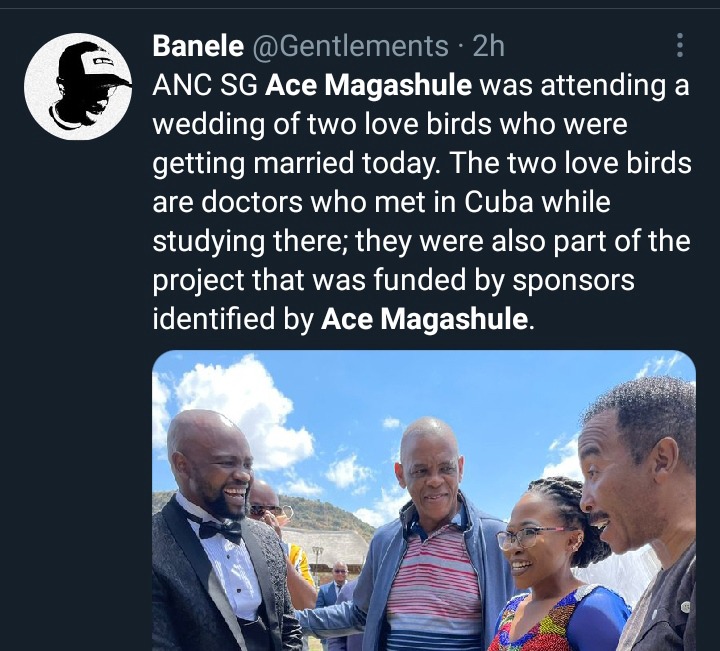 Ace Magashule is currently suspended from ANC on corruption charges emanating from the R255 million asbestos tender project in the Free State.

It is alleged that the Free State government paid out the money, but the work was never done. Magashule however argues that the charges he is facing are flimsy as his was simply an oversight issue for the project.

Magashule's allies maintain that it is ridiculous that he is charged for asbestos tender project in Free State but premiers in other provinces are not charged for the same for instance in Gauteng province.

Another clear case of the suspension of those involved in corruption being applied along factional lines as alleged by Ace Magashule's sympathisers is that of former health minister, Zweli Mkhize who according to the Special Investigating Unit's report on the Digital Vibes irregular tender worthy R150 million shows that the former minister was at the helm of corruption and that his family and his close colleagues also had their piece of cake.

President Cyril Ramaphosa however said although Zweli Mkhize was found to have played a part in corruption, he is being lenient with him because he saved the country well, but this is a clear depiction that those who seem to belong to the right faction of the ANC escape easily for their corrupt deeds.

Ramaphosa is alleged to have handled the Digital Vibes corruption case involving Zweli Mkhize with kids gloves, while Ace Magashule and his cabal were made to taste their own medicine.