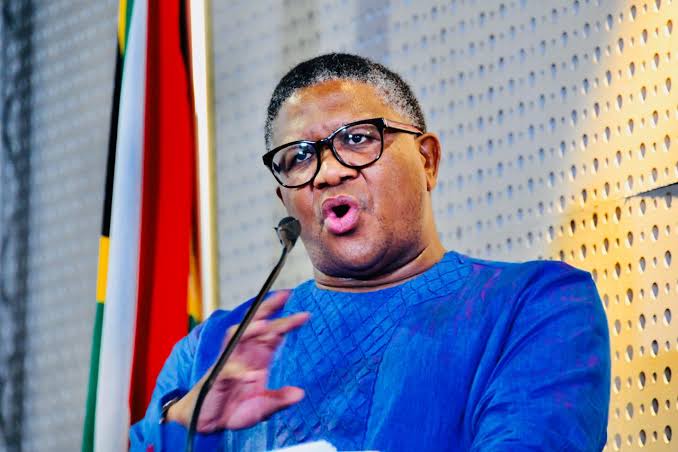 Prasa is a public entity wholly-owned by Government and report to the Minister of Transport. The mandate of PRASA is to deliver commuter rail services in the Metropolitan areas of South Africa, long-distance (inter-city) rail and bus services within, to and from the borders of the Republic of South Africa.

from Fikile Mbalula's announcement, it seems like Mr Zolani Kgosie Matthews will be the new man to take Prasa foward. In his announcement on Twitter, Fikile Mbalula didn't reveal much about the new Group CEO of Prasa. As can be seen from the screenshot that will be shared shortly. However, the announcement by Fikile has managed to capture the attention of majority of people who are on Twitter.

It is remains to be seen how will things unfold at Prasa now that, the public entity has a new CEO. 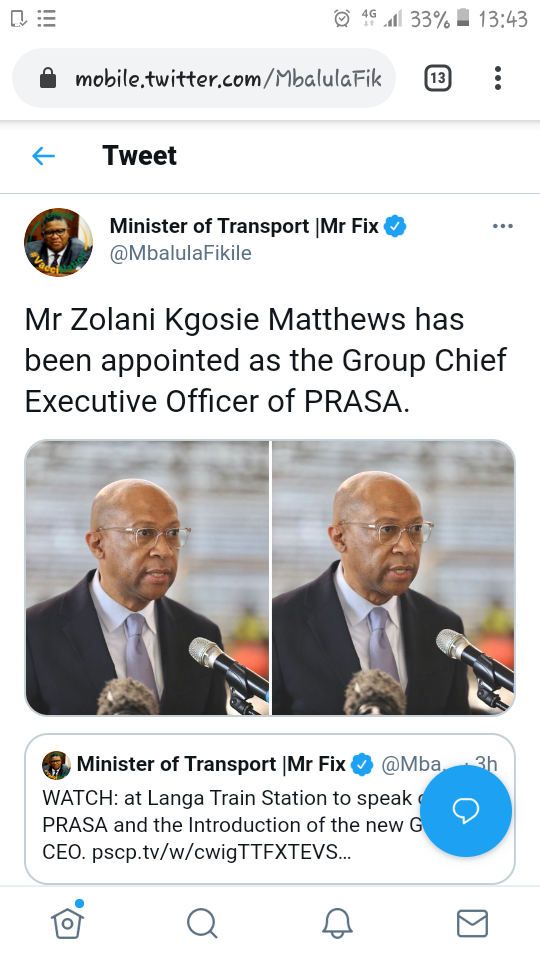