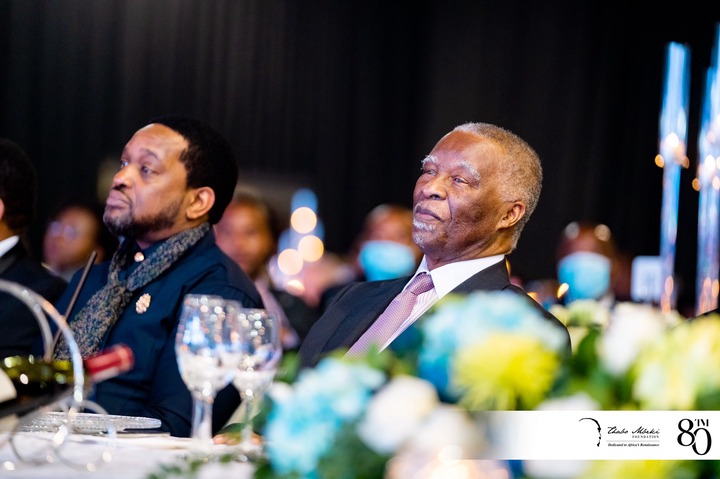 Former president Thabo Mbeki has finally broken his silence on the recently released State Capture report. Mbeki said the impact of the state capture presents a major challenge to the country. In Mbeki's words, all South Africans must do an introspection determine where the country went wrong in allowing the pillage of state resources by private businesses. Mbeki said this as he addressed journalists on the sidelines of his birthday celebrations in Johannesburg on Monday. Thabo Mbeki has described findings from the state capture commission as a great tragedy for the country. Some high-profile politicians and business people are implicated in the report. They're accused of enabling, participating or benefiting from state capture.

According to Mbeki, all South Africans are responsible for the impact the State Capture has had in the country. "What transpired is that as South Africans, we allowed this destruction to take place. We were all around somewhere in our society. How do we make sure this does not happen, that we recover from this great tragedy?", Mbeki said. Mbeki says the ANC is to be blamed for the State Capture. He further said that ANC is it's own poison for what's going on within the party. 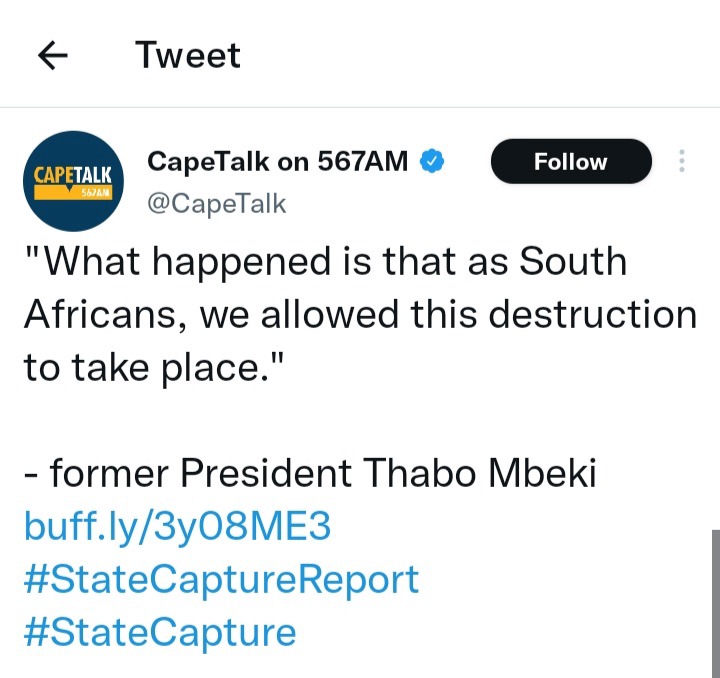 Some analysts have made arguments that while the former Head of State is quick to point to the devastation caused by state capture, he was somehow to blame for it. They argue that the ground was already being laid for the collapse of the state during his tenure. Mbeki was president between 1999 and 2008. Some of the events that laid a fertile ground for state capture such as the dissolution of the law enforcement outfit, the Scorpions, took place in the later years of his tenure. It's quiet amusing how Thabo Mbeki sometimes talks like he never led this criminal syndicate. 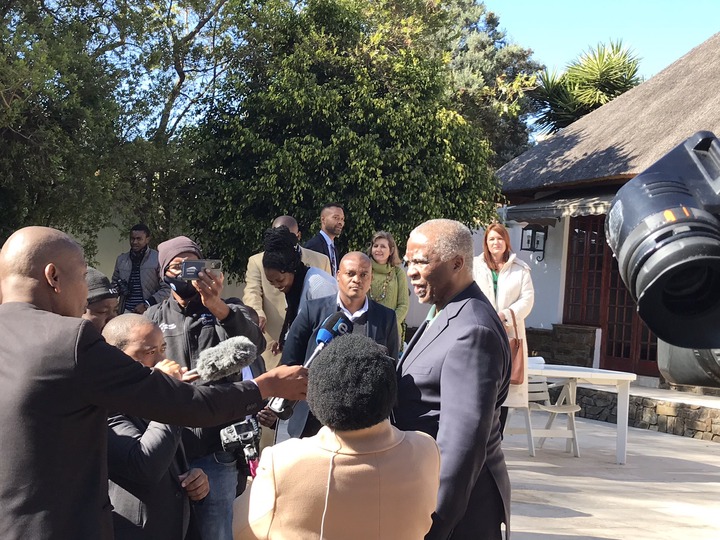 Responding to the Phalaphala scandal, Mbeki only said he sympathised with President Cyril Ramaphosa. The former President urged citizens to let the law to take its course. "I hope the Hawks - as they say they are investigating - will move on the matter speedily", Mbeki said. He stated that the country deserves explanations to all their questions. "Allow the legal process.It will help provide the answers", Mbeki added.

Mbeki also weighed in on the mysterious deaths of at least 21 teenagers at an Eastern Cape tavern at the weekend. He said the incident was tragic as he sent his condolences to the families of the young people who died at the Enyobeni tavern. 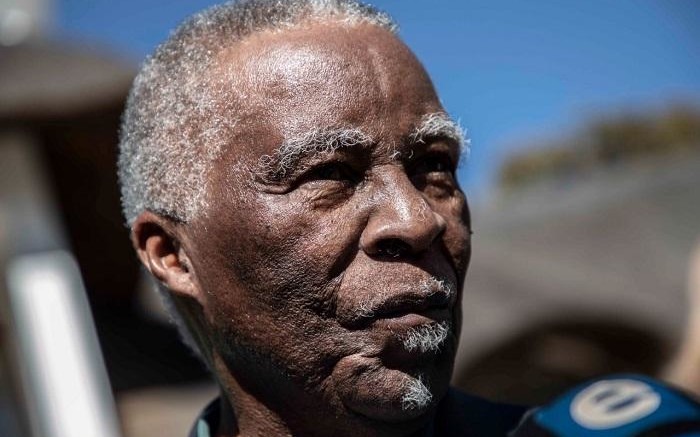