The Prison Warden Was Not Forced By The Prisoner As She Said This At The End Of The Video.

There is a video of a Prison Warden and a prisoner doing nasty things while the officer is on duty. Many people were left in shock after seeing the video.

The video caused a long debate on Twitter as many people have mixed feelings about the video. Some of the people were even saying is nice to be a prisoner as you get education, food and you have access to do nasty things with officers for free. The victims are outside here thinking that people who done them badly are behind bars paying for what they've done to them, not knowing that they are on holiday enjoying their lives in prison. 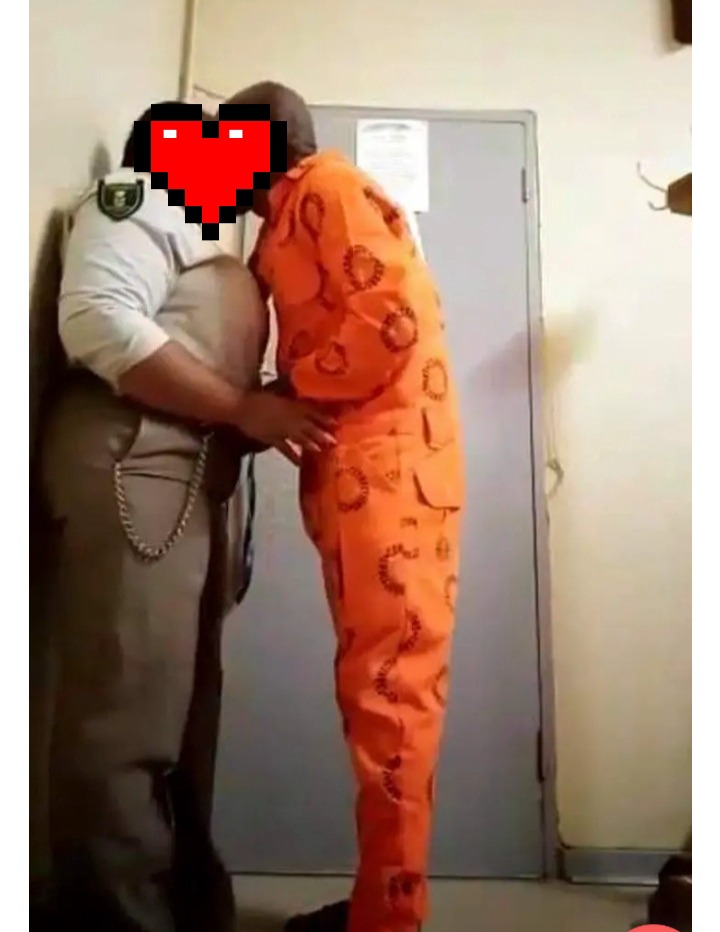 Many people were saying it looks like the warden was forced by the prisoner to do so , while others are saying she wasn't even aware that the prisoner was recording them. People even said maybe the guy is blackmailing her or he has money and pays her good money. 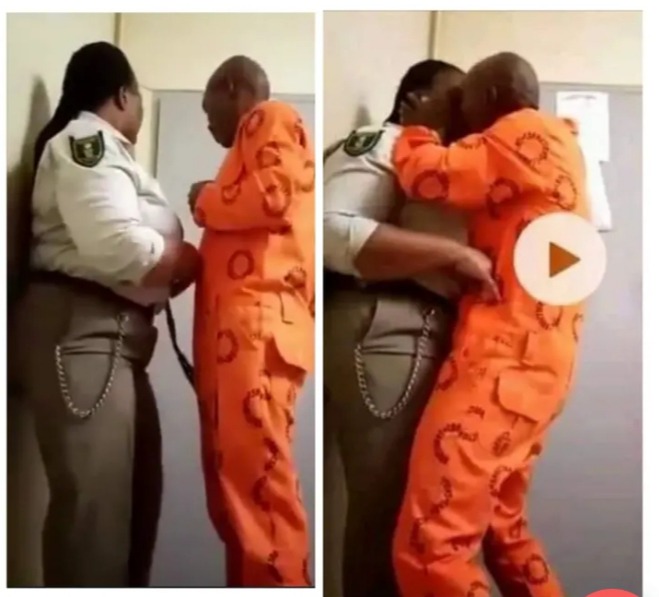 One social media said But guys what IF she is being forced, maybe this guy has something on her or threaten her family, think about it. I don't think she would risk her job like that. Those who saw the rest of the video commented and said she was not forced as she even told the prisoner that she loves him at the end of the video. And she was even aware that the guy was recording is just she wasn't comfortable as she knew that what she is doing was wrong. 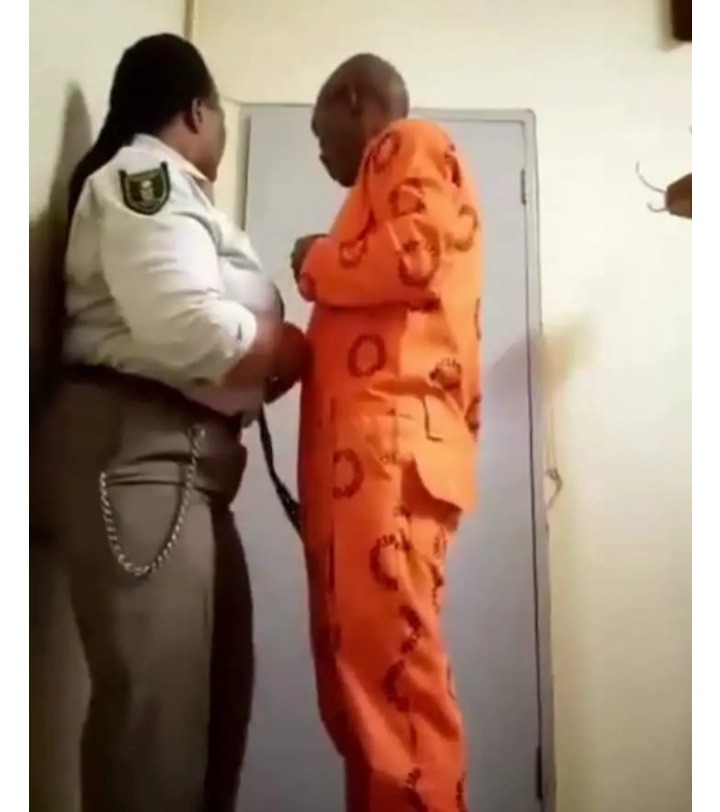 Now she will be losing her job because of something that didn't even last for 10minutes. Embarrassing. 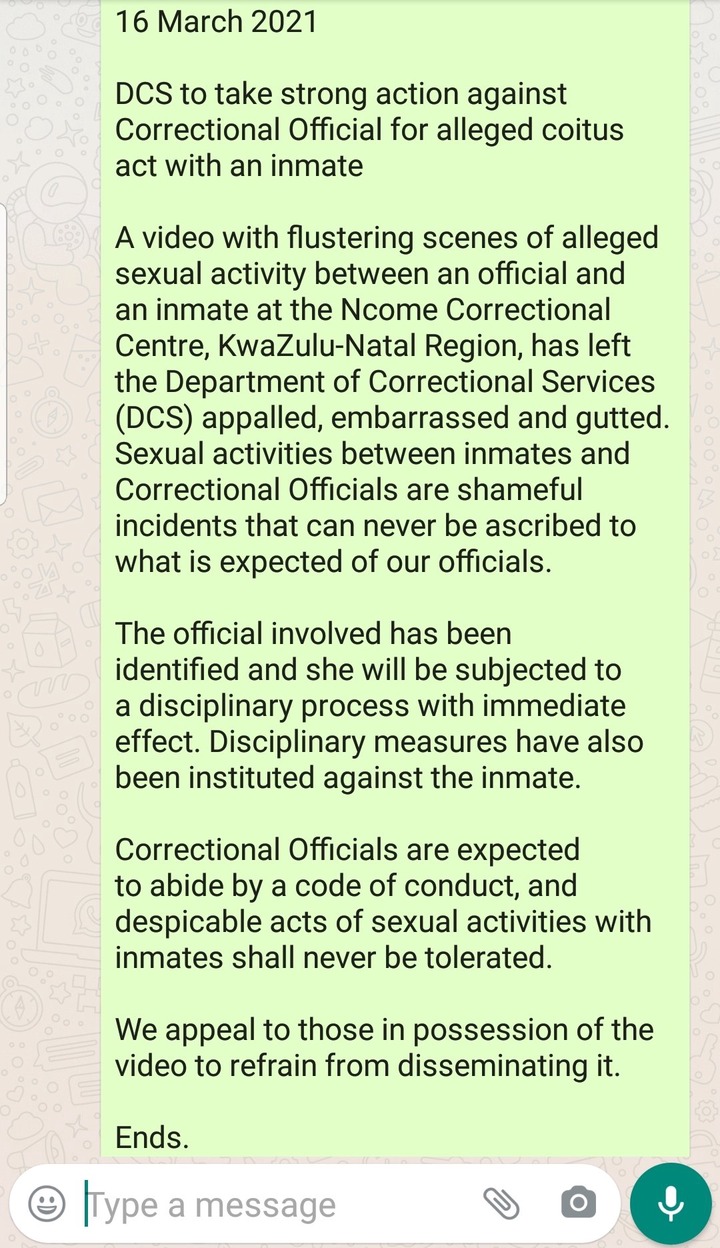