Malema Exposed As A Flip Flopper, Calls Zuma A 'Dunderhead', But Goes To Nkandla For Tea

By yunahbvumbwe | self meida writer
Published 5 days ago - 1615 views 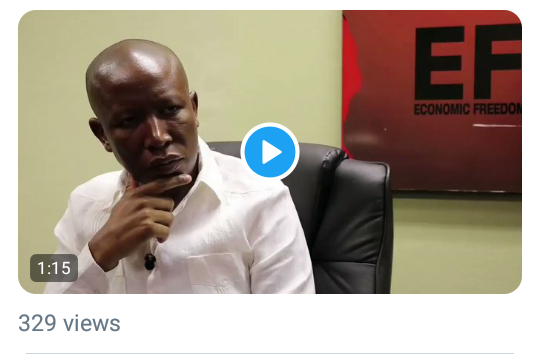 Economic Freedom Fighters leader Julius Malema was exposed in a video in which he called Jacob Zuma a "dunderhead" some time ago, but then goes to Nkandla to have tea with Zuma.

"There is nothing to get from Zuma, he is not smart. There's nothing unique that comes out of his mouth. In our absence in Zuma's speeches we don't miss anything. There's nothing you can get from a dunderhead," said Malema while attacking Zuma's personality.

Fast forward to 2021, the red beret leader was the one to reach out to Jacob Zuma for a tea meeting which Zuma granted him and his delegation at his Nkandla home.

What surprised many was Malema's flip flopping tendencies, one moment he portrayed Zuma as this empty vessel who does not deserve to be listened to and another time he and his delegation are in Zuma's homestead for tea meeting. 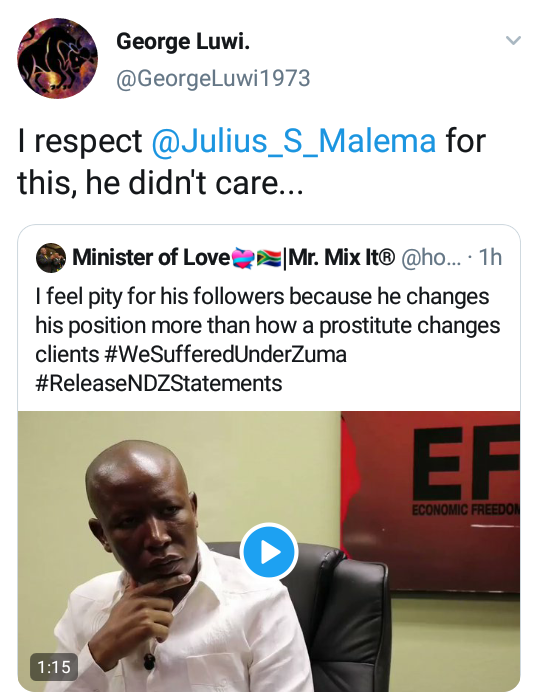 Perhaps Malema fits perfectly in this political idiom which states that "there are no permanent enemies in politics."

Deputy minister of higher education Buti Manamela in his #SONA2021 debate even described Malema as someone who changes his "political ethics and morals more often than he changes his red overalls" while slamming him for the tea meeting he had with Zuma after spending years attacking the former president.

Economic Freedom Fighters Jacob Julius Malema Malema Nkandla
Opera News is a free to use platform and the views and opinions expressed herein are solely those of the author and do not represent, reflect or express the views of Opera News. Any/all written content and images displayed are provided by the blogger/author, appear herein as submitted by the blogger/author and are unedited by Opera News. Opera News does not consent to nor does it condone the posting of any content that violates the rights (including the copyrights) of any third party, nor content that may malign, inter alia, any religion, ethnic group, organization, gender, company, or individual. Opera News furthermore does not condone the use of our platform for the purposes encouraging/endorsing hate speech, violation of human rights and/or utterances of a defamatory nature. If the content contained herein violates any of your rights, including those of copyright, and/or violates any the above mentioned factors, you are requested to immediately notify us using via the following email address operanews-external(at)opera.com and/or report the article using the available reporting functionality built into our Platform