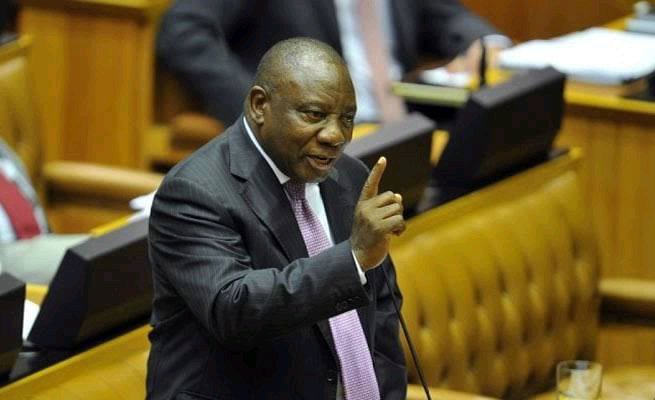 President Cyril Ramaphosa has at last added his to the continuous discussion relating toward the South African constitution, this is following seven days in length banter that was incited by Tourism Minister, Lindiwe Sisulu. Despite the fact that Ramaphosa didn't straightforwardly address her wild and absolutely unreasonable remarks, he carefully terminated a salvo by repeating a need to defend one of the most moderate instrument change in the whole World - the constitution. 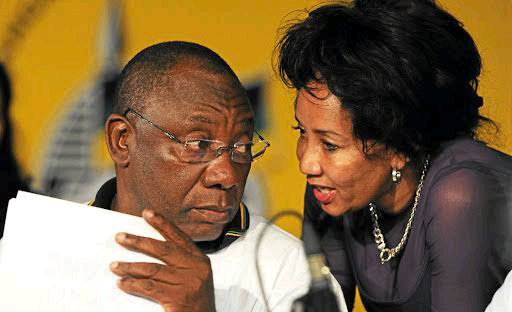 There have been stunning calls from a few fourth of society for Ramaphosa to send Sisulu's head to the Guillotine following her glaring endeavors to subvert our sacred majority rule government, or more regrettable to make disorder. 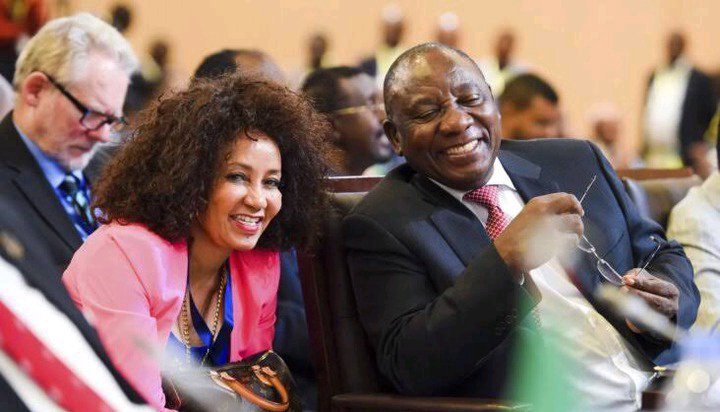 Notwithstanding, Ramaphosa who has verifiably shown that he moves at his own speed as it connects with managing issues, wrote in his week by week letter from the work area of the President.

He expounded widely on the new consuming of Parliamentary buildings, the gutting of state claimed substances at the tallness of state catch, and the assaults on the freedom of the legal executive by especially by serve Sisulu as potential endeavors to undermine the our protected vote based system. 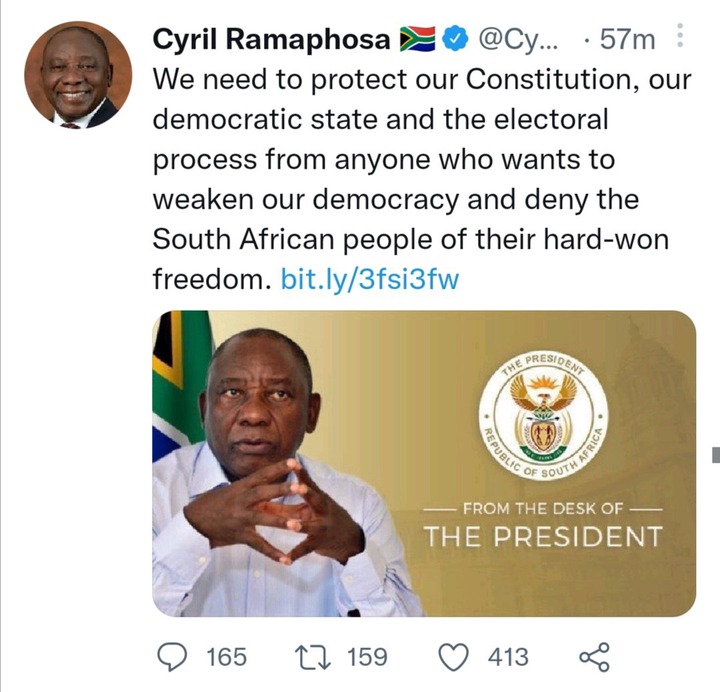 Ramaphosa entreated South Africans to secure and regard the constitution which supports our protected majority rules system against any powers of haziness that mean to lessen the increases that have been made since the achievement of the vote based system allotment.

"We want to secure our Constitution, our majority rule state and the appointive cycle from any individual who needs to debilitate our a vote based system and prevent the South African individuals from getting their hard-won opportunity," Ramaphosa compose.

The President's message was totally required at a time where there is apparently coordinated exertion especially by the alleged RET defenders to get one over him in an extended time of gathering.

You could contend that the circumstance of Sisulu's article was educated by her own official desires, and she recognized the constitution and the legal executive as maybe the ideal subjects she could incite discussion and gain a tad of force in front of the enthusiastically expected ANC's 55th elective meeting in December. 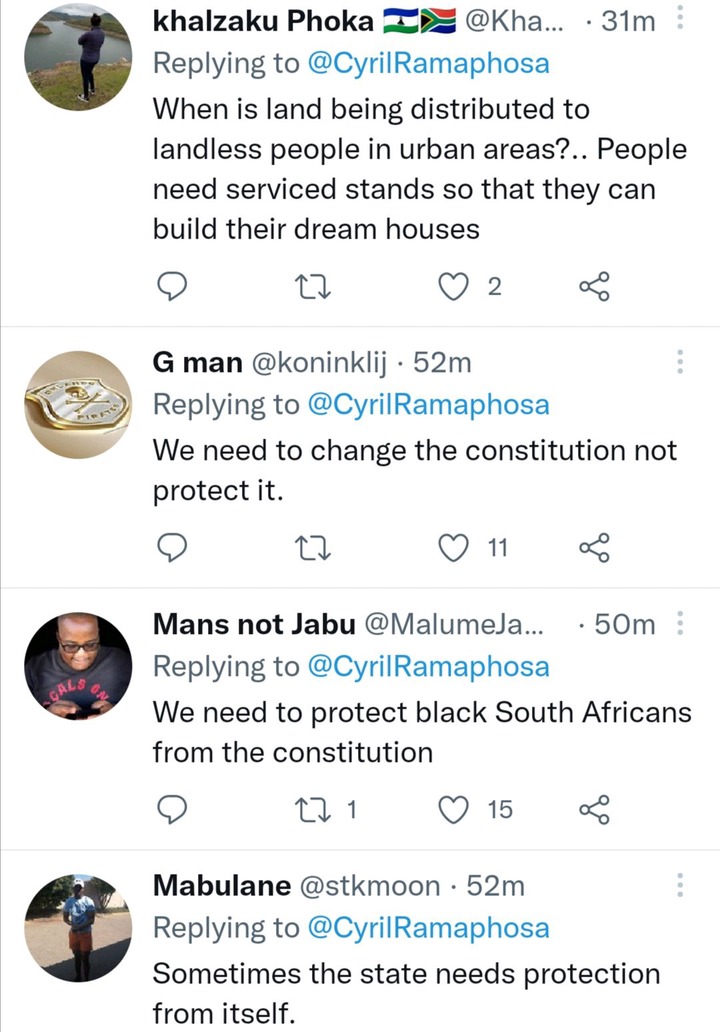 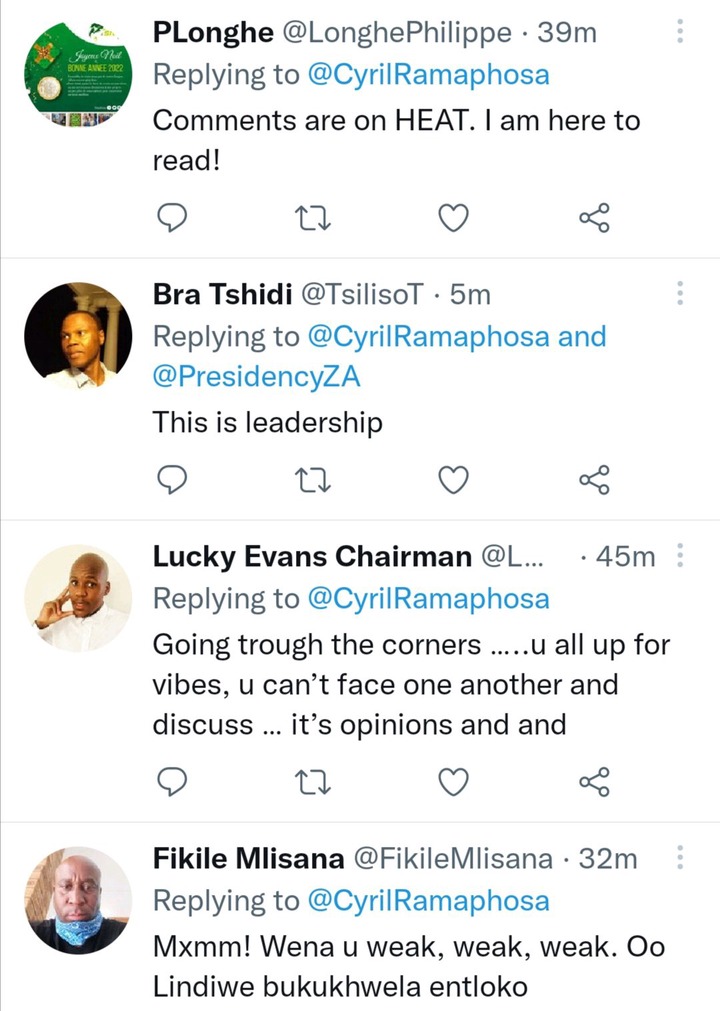 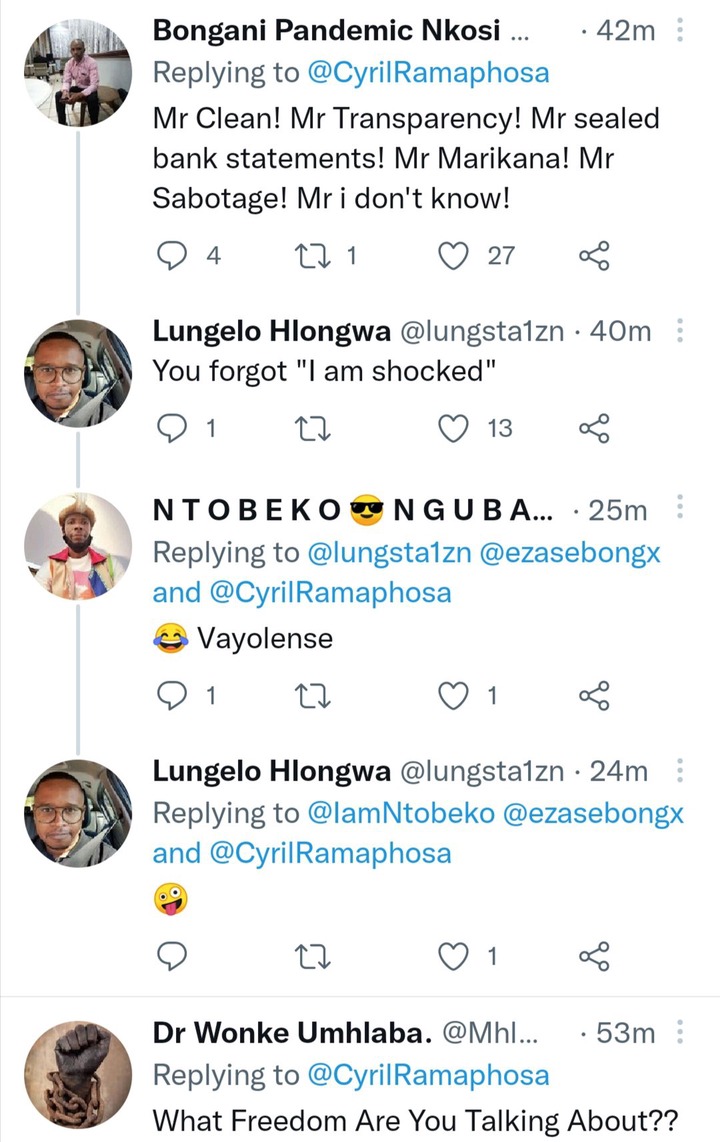 It is not yet clear whether Sisulu would think that it is pertinent to pen a reaction to Ramaphosa's remarks since he didn't especially address her actually, yet her contention.