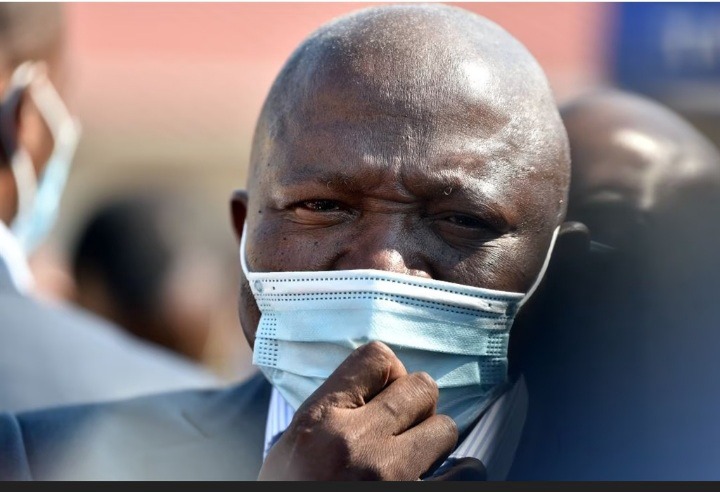 Deputy President David Mabuza has come out in support of President Cyril Ramaphosa's decision to issue National Police Commissioner Khehla Sitole with a notice of suspension.

Addressing the media while on the ANC battle field in Soshanguve, north of Pretoria, Mabuza said: "I generally put stock in his insight. He is a man that is truly above frivolous struggles, so assuming he saw it fit to suspend Sitole, it was judicious to do as such."

He added that the choice rested exclusively with the president, however repeated that he was completely behind Ramaphosa on the matter.

Mabuza's remarks come after the workplace of the administration having affirmed on Thursday that Ramaphosa had, as far as Section 8(3) of the Police Act, welcomed Sitole to make portrayals in light of the president's notification to suspend him.

As indicated by the administration, Ramaphosa kept in touch with Sitole on 20 September and educated him that the approaching suspension was comparable to "claims of the disappointment by the chief to help the Independent Police Investigative Directorate (IPID)" in its examinations.

"These charges arose freely and turned into the subject of a finding by Judge Norman Davis in the Pretoria High Court," said the assertion.

A blistering judgment, given over on 13 January by Davis in the Gauteng High Court in Pretoria, discovered that Sitole and his two agents, Francinah Vuma and Lebeoana Tsumani, had set the interests of the overseeing party, the ANC, in front of those of the country.

News24 recently announced that Davis decided that the three had viably obstructed a line of debasement examinations that were led by the IPID.

Among these was a test into a cut short endeavor by police to spend too much R45 million on a spying gadget known as a "grabber" - at a marvelously swelled cost - just before the ANC's 2017 Nasrec elective gathering. IPID agents claimed that the buy was only a cover to launder cash to pay off casting a ballot delegates and swing the result for Nkosazana Dlamini-Zuma.

In the mean time, the ANC was passing on nothing to risk in its endeavors to win back the Tshwane metro as Mabuza made his third visit to the city in the previous week.

He was back in the capital city on Thursday to rustle up help in front of the 1 November surveys after he visited Mamelodi on 30 September and again activated individuals of Hammanskraal to decide in favor of the ANC on Sunday.

The ANC appointee president conceded that there was infighting in the party, yet guaranteed networks that the party was going through a time of restoration where the pioneers had now dedicated to "lead the party with honesty and serve individuals".

"We will improve and fix a ton of things," said Mabuza.

He added that the party knew about the way that "in 2016 individuals remained away and never went to cast a ballot" yet encouraged them to at this point don't take such a position, yet to go out in their numbers and vote the ANC back into government in the metro.