By Sebenzile1 (self media writer) | 13 days ago

EFF MP and national spokesperson Vuyani Pambo is in trouble after it emerged on Thursday that he had missed the deadline to declare his interests in Parliament and did not inform the party.

Party leader Julius Malema said Pambo did not say this to the EFF and ordered its whippery to take this up with him and that he must be disciplined.

This comes after Pambo sid not meet the deadline but he admitted that he did submitted late in the last disclosure period and this happened because he was hospitalisation .

But According to the EFF Leader Malema, Pambo declared his interests but only did so after the deadline in the last quarter for declaration.

Malema said Pambo was not being punished because he was corrupt or he took anything as he declared late and explained that he was in hospital.

But party leader Julius Malema says Pambo should be disciplined until dawn until the EFF party does not know who he is but everyone or whether they are equal in rights. 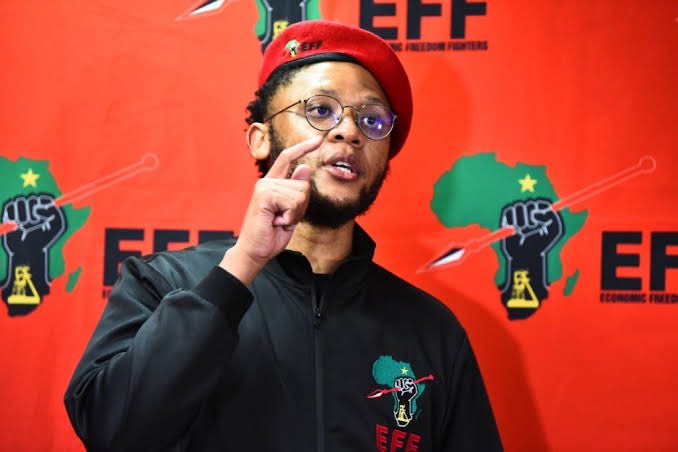