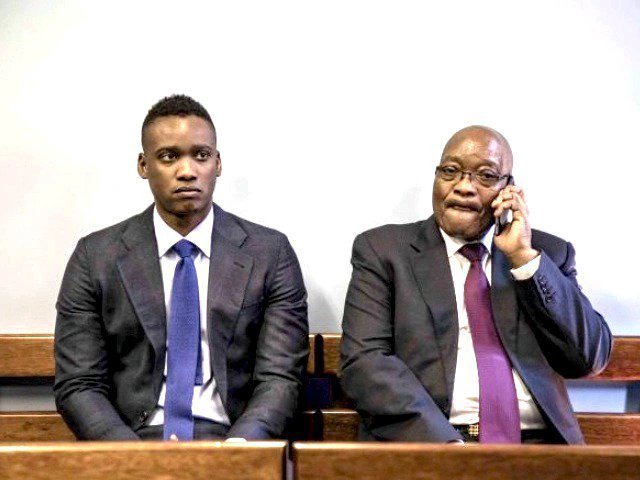 Derek Hanekom reacted to the articulations made by Duduzane Zuma that he maintains Israel which is against ANC's position which had driven them to limit their global place of refuge in Israel. 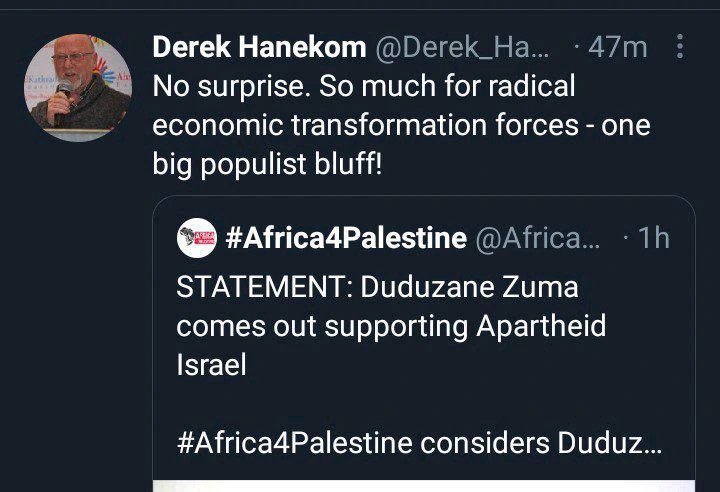 Duduzane Zuma fought that if his father was still president and not Cyril Ramaphosa the South African global place of refuge in Israel wouldn't have been limited. 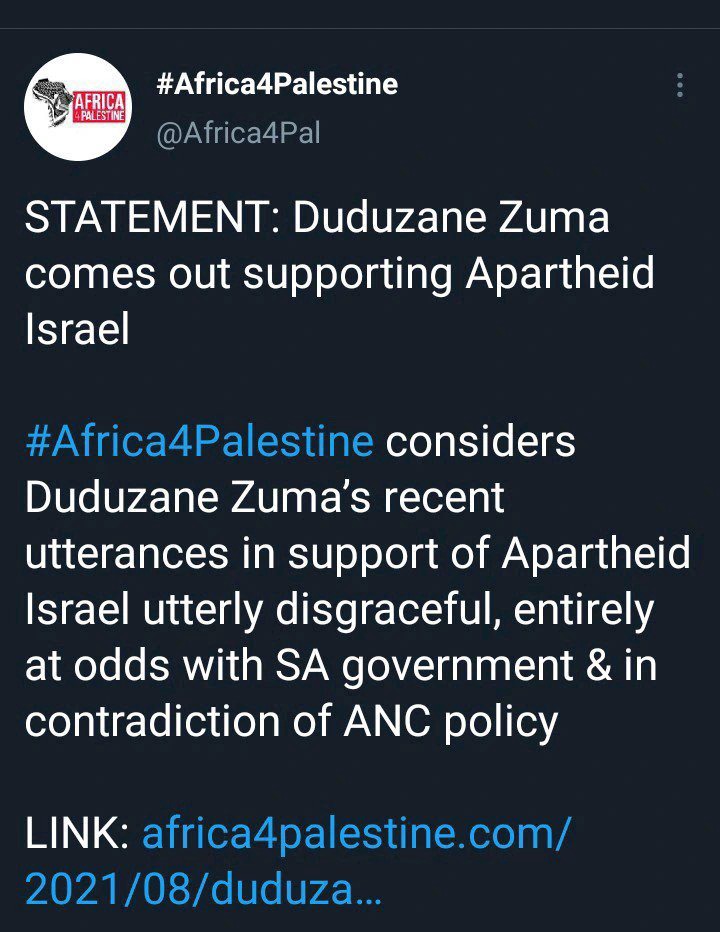 Normal opportunities affiliation Africa4Palestine fought that Duduzane Zuma's new articulations in favor of Politically-sanctioned racial segregation Israel are absolutely hostile and shows that he is totally at chances with the circumstance of the South African government and in legitimate irregularity of ANC technique.

In a gathering Duduzane had with the conventional paper, the SA Jewish Report he said: "South Africa should have an administration office in Israel, and the ANC should take something different through and through."

Right when Cyril Ramaphosa was picked as president at ANC's 54th Public Meeting. A comparative gathering reliably set off to direct the South African government to rapidly and unequivocally cut back the South African International safe haven in Israel.

South African government under the organization of President Cyril Ramaphosa scaled back placating relations with Israel.

Duduzane Zuma in any case battled that It was something odd that the Israel limit happened quickly after Jacob Zuma wandered down.

They furthermore uncovered that Duduzane Zuma is against Ramaphosa who portrayed Israel as an 'politically-authorized racial isolation type state as of late.

"Not much. So much for radical money related change powers - one significant libertarian fake!