Our people are waking up daily from corrupt Ankole ANC and they are steadfast that Othunyiwe and stomachists must go now, if you hear anyone calling for his second term you should know that the person has reached their sell by date in politics. You should also know that they can be bought by elders of corruption for two beers and cigarette but the truth is that its like Cyril's term has allegedly relegated us from a democracy down to a judicial dictatorship

So, the two beers and cigarette comrades are the ones that Mr Mbeki may be referring to as quantity membership president Zuma and Guptas were never corrupt but disturbed someone's corruption that is taking place now with million dollars stashed in their houses, R500 billion looted, SOES being sold, Luthuli House staff salaries not paid, blacks being unemployed especially youth and now, they are selling Durban Port. Now mention Zuma corruption that Zondo dismally failed to, you are even allowed to bring on those lies that Zuma bought a house in Dubai or Melema's lies that R6 billion was packed in a plane for Zuma to flee the countryaybe Malema was referring to the Phala Phala heist, or maybe he is now a Sangoma 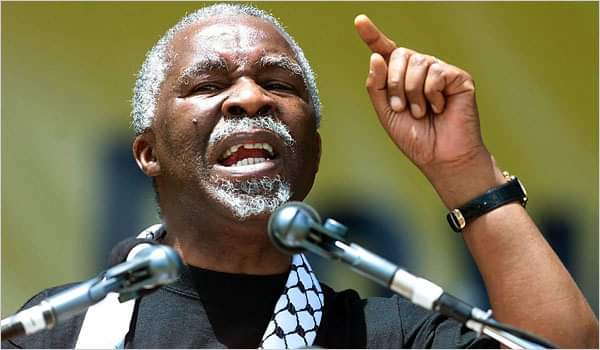 The government is concerned with your well-being if you are a tourist.