Law enforcement officials are finding it difficult to track down foreigners who commit crimes in South Africa, according to Police Minister Bheki Cele. The minister has placed some of the blame for the hiring of unauthorized foreign workers in the nation on farmers. He claims that when they conduct crimes, it is challenging for the police to find them. "You farmers hire unauthorized foreign workers; how will we track them down if they steal or kill someone? no traces of them, not even fingerprints. You make it harder for us to live "Bheki Cele retaliated against the farmers. The farmers, he said, don't even know the identities of the foreign workers they've hired. 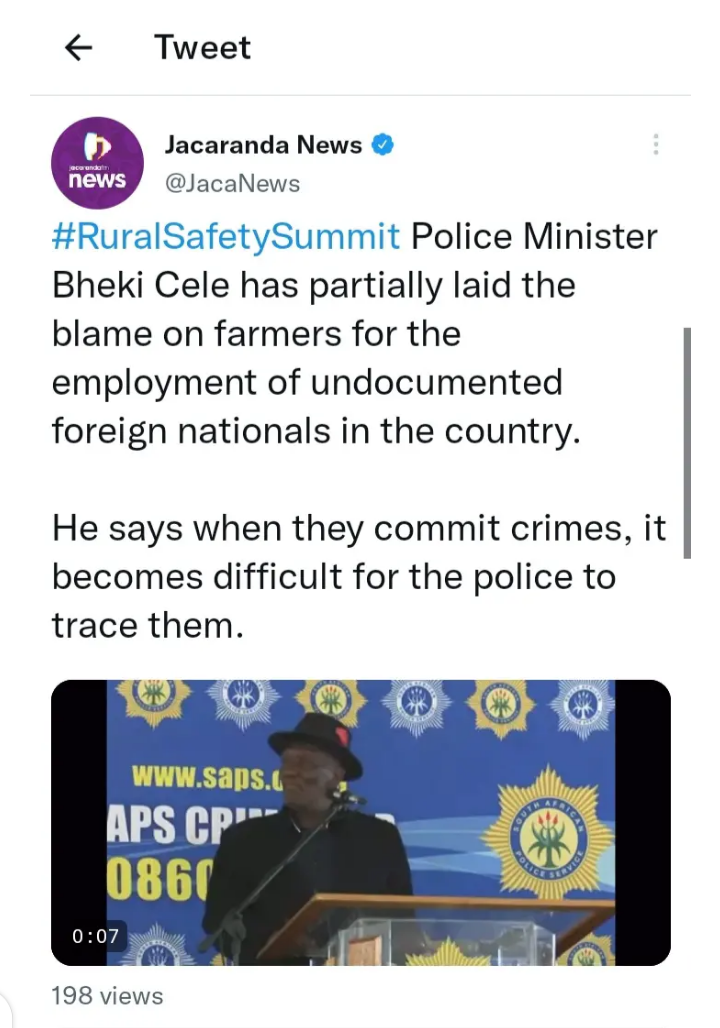 In Parys, Free State, during a two-day Rural Safety Summit, Bheki Cele made this statement in his keynote speech. The purpose of the Summit is to protect the nation's livestock as well as the safety and security of the farming community, which consists of farmers, farm workers, and farm residents. African Farmers Association of South Africa (AFASA), Transvaal Agricultural Union South Africa (TLU/TAU SA), African Farmers Union of South Africa (NAFU), Agriculture South Africa (AGRISA), National Stock Theft Forum, and activists against Farm Murders are some of the stakeholders taking part in the Summit.

One of the farmers Bheki Cele addressed is shown in the image.

Foreign nationals have been implicated in illegal farm attacks on a number of instances. When instances are recorded, graphic photos of farmers and farm workers—who are frequently assaulted, stabbed, and subjected to abuse—are frequently and widely shared on social media. However, the employment of unauthorized foreign workers is not only the responsibility of farmers. Consider retail establishments. The attempt by Operation Dudula to deal with these undocumented foreigners has drawn criticism. Bheki Cele has the audacity to accuse farmers! Why doesn't the government enforce border controls? 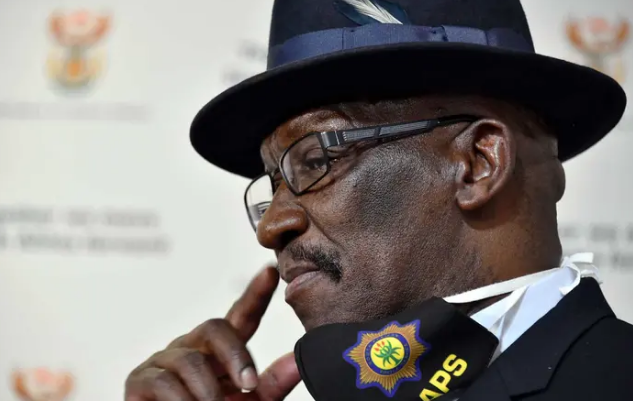 Farmers and foreigners are not the enemy; rather, it is the government's failure to understand the necessity of borders. What are your opinions?