A mansion that belonged to a mayor in the province of Free State was burned down by irate protesters who took to the streets on Monday to voice their discontent with the level of service that was being provided. 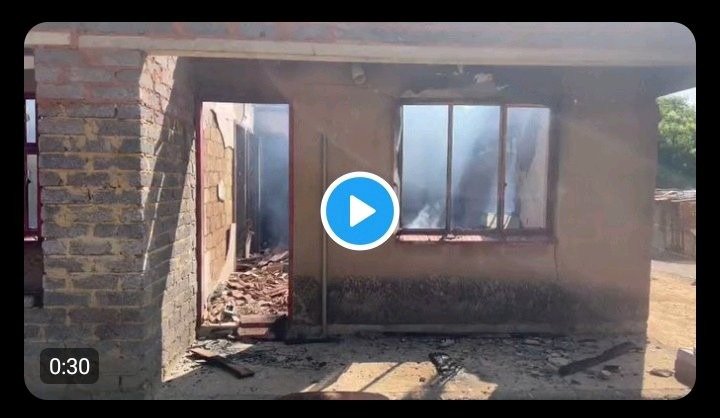 People living in the Free State region of South Africa have taken to the streets in order to voice their disapproval of what they refer to as the "deliberately sabotaged Eskom." They were setting fire to tires on major thoroughfares. However, it is unclear how they came to set fire to a house that belonged to the mayor's parents.

"It is high time for the president to take bold action and put into practice the proper line of thinking that Gwede Mantashe has stated. Andre de Ruyter needs to be let go immediately, and he needs to designate Jacob as the person in charge of coordinating a conference of all of the engineers and union representatives to talk about how to get Eskom to stop having blackouts "he stated.

He goes on to say that Minister Gwede Mantshe has been articulating the correct position on what has to be done to prevent Eskom from rolling out power cuts, and that this view has been correct all along. According to Mantashe, it will take years for South Africa to achieve consistent electricity production if the country continues to rely solely on renewable energy. He is an advocate for the nation's continued reliance on coal.