By PrideofAfrica (self media writer) | 3 months ago 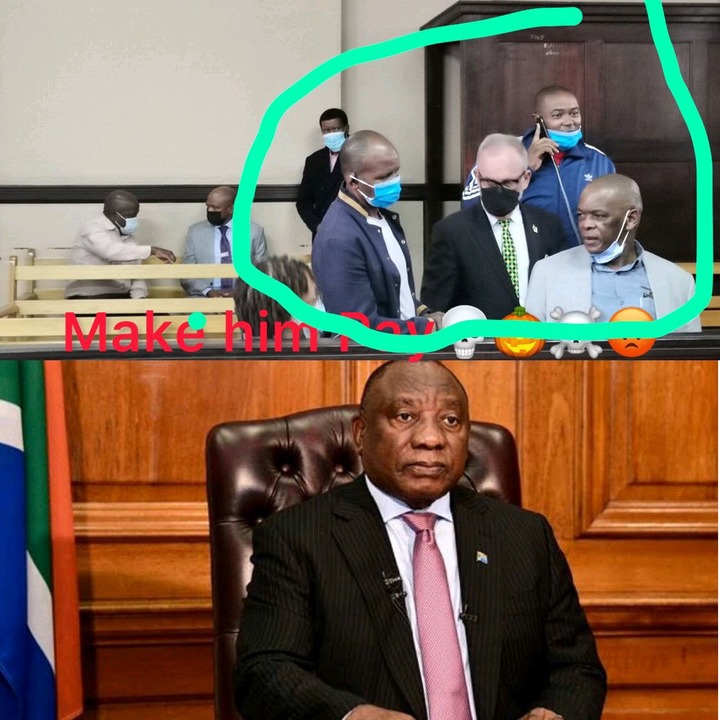 If you recall, Ramaphosa vowed when he initially took power that he would "clear the cabinet" and "wipe out all the corrupt ministers," by which he meant the RET forces.

Mrs Bathabile Dlamini, one of the RET's senior members, was found guilty of perjury yesterday, an offense she had refused to commit since 2017. It ended in tears, however, because the jury did not find in her favor, and she now awaits her sentencing on April 1st.

Members of the EFF were extremely loud about Mama Bathabile's situation yesterday, and they believe that the RET forces should not allow this to continue. According to EFF members, because Bathabile is an elderly woman who cannot defend herself in prison, the RET must punish Ramaphosa for sending her to prison.

The EFF also stated that it will be difficult for the RET to recover from the loss of a member, but that they deserved it because they should have left the ANC long ago when Ramaphosa began outcasting them, but that they have not yet done so. It's past time to punish him, and the only way to do so is to vote for the EFF in the upcoming elections.

"The RET gang will never recover from what Cyril has done to them; they are traumatized because while they were engaged with the EFF, their thumaminions were circumcising them one by one, and when they realized they were stubborn, they devoured them!" "Vote for EFF people and punish Cyril," urges one of the party's leading officials.

In my opinion, the EFF members are merely clowning and attempting to profit from the RET's misery. What I mean is that the EFF is opportunistic; I even saw Battalion preaching the EFF vote when Mama Bathabile was still in court yesterday.