Duduzile Zuma-Sambudla, the daughter of the former president Jacob Zuma, has expressed her gratitude to those citizens of various areas of the nation who have taken to the streets to demonstrate their discontent with the Eskom situation. 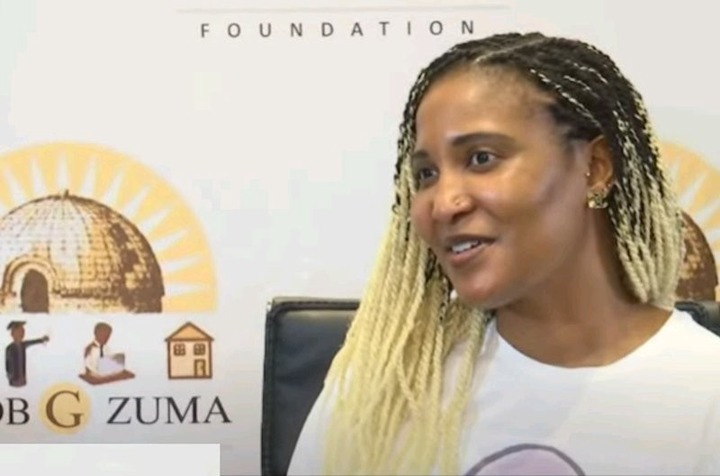 Residents of Free State and KwaZulu Natal province took to the streets on Monday morning to demonstrate their dissatisfaction with the power outages. They contend that this is causing businesses to fail, which in turn forces many people out of their jobs.

Some people voiced their opinions on social media, saying that inhabitants of Free State and KwaZulu Natal province are setting a good example for the rest of the country. Some people have the opinion that if the government does not take these demonstrations seriously while they are still at a level where they can be controlled, it may be difficult to prevent a total shutdown.

Duduzile Zuma-Sambudla, after observing that citizens in certain regions of the country are coming to the streets, declared that she is taking their side and will stand in solidarity with them. She acknowledged that what the protesters are doing is the right thing to do by using her catchphrase, "we see you."

Earlier, Duduzile Zuma-Sambudla was quoted as saying that the current electrical situation requires people to take their fury out onto the streets, and it appears that this is beginning to happen. The fact that residents are forced to go without power in their homes for extended periods of time has infuriated them.

"There is the makings of a crisis here...

in addition, neither the region nor the continent would benefit from this action. We can only hope that cooler heads will prevail and prompt action will be taken before any further damage is done "There are those people who are calling for the government to step in before things grow worse.

Bram Hanekom, a member of the African National Congress (ANC), stated that the issue at Eskom is not simple to resolve and that it is one of the issues that need time. It would appear that he was responding to the demonstrations.

"There are some things that are exceedingly difficult. Although it may be simple to recognize the issues, coming up with workable remedies is not so simple. Even worse, certain difficulties require a period of time to fix, and throughout that period of time, things might be challenging "he stated.