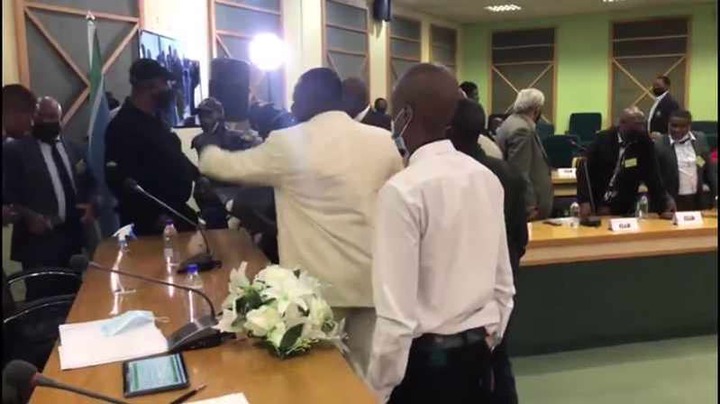 Durban - KwaZulu-Natal Premier Sihle Zikalala must be protected by his guardians and equipped cops when irate councilors kept him from talking at a gathering meeting to choose the new civic chairman of uMkhanyakude locale district.

The stunning episode, where a noticeable shaken Zikalala was seen descending from talking at the gathering, occurred on Monday in northern KwaZulu-Natal.

Recordings of Zikalala being loudly mishandled and offended by the furious councilors was moving via web-based media stages by Monday evening. It is indistinct what set off the irate assault on Zikalala.

The uMkhanyakude locale district is as a rule intensely challenged by the IFP and the ANC.

By early afternoon on Monday, the ANC had the option to get its previous city hall leader, Solomon Mkhombo, chose as speaker of the area region, which incorporates any semblance of Jozini, Mtubatuba, Hlabisa Big 5 and Mhlabuyalingana nearby districts and has its base camp in Mkuze.

Officials in uniform are seen framing a human safeguard around Zikalala while he gradually pulls out from the space, as requested by the irate horde of councilors.

The anonymous program chief in the end respects the interest that Zikalala should leave and can be heard let the gathering know that he will at this point don't talk.

"Alright, councilors, kindly return to your seats, we will avoid this thing, the head will presently don't talk, OK," the program chief says.