Mbeki denies allegations made by Malema of doing this to Ramaphosa with Arthur Fraser. Read for more 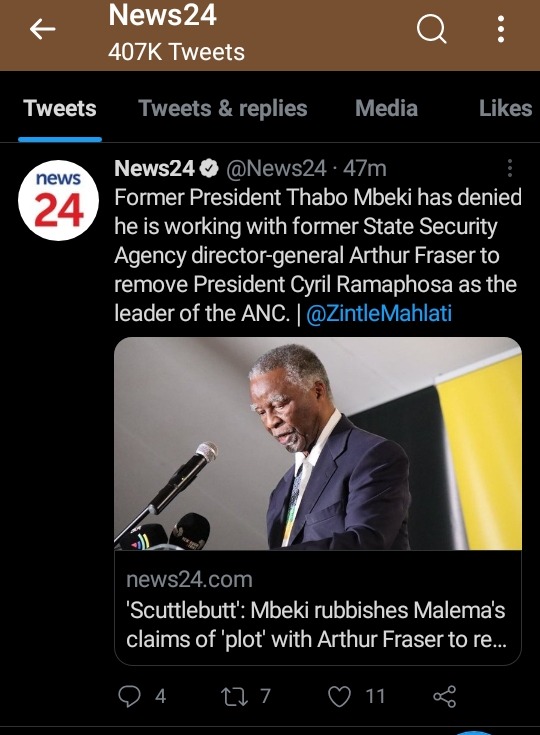 Previous President Thabo Mbeki has denied he is working with previous State Security Organization chief general Arthur Fraser to eliminate President Cyril Ramaphosa as the head of the ANC.

EFF pioneer Julius Malema made the claims about Mbeki on Wednesday, without giving proof.

Malema said Mbeki was working with Fraser when he opened a crook case in June claiming Ramaphosa attempted to conceal a robbery at his Phala ranch in February 2020.

The Thabo Mbeki's Establishment said: "Mr Mbeki rejects Mr Malema's gossip with the scorn it merits. He is sure that it begins from old politically-sanctioned racial segregation insight apparatus. It is expected to extend divisions inside the ANC and to baffle endeavors towards the association's recharging."

Malema made the claims about Mbeki while talking about who he accepted was behind political fighting around Ramaphosa.

The EFF pioneer rejected that resistance ideological groups were participating in ANC factional battles by requiring Ramaphosa's expulsion through a movement of no certainty.

Notwithstanding these dissents, he proceeded to make the charges against Mbeki, Fraser and the ANC. 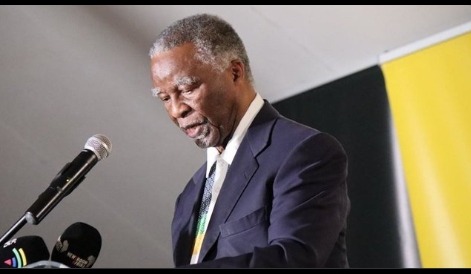 Malema said it was not the ANC's revolutionary monetary change gathering behind the endeavors to eliminate Ramaphosa, yet rather Mbeki and Fraser.

"RET powers of the ANC have never in celebration observed Fraser. They have never proclaimed Fraser a legend and involved Phala as an approach to decampaigning the president. To that end it was challenging to bring it up in the approach meeting of the ANC in light of the fact that it was not their drive," said Malema.

"They are asking themselves whose plan Fraser is driving. The response is, Fraser is with president Mbeki in the unseating of president Ramaphosa in light of the fact that Mbeki says he is as yet disappointed for not completing his term. Fraser is working with Mbeki and not the RET powers," he added.

Mbeki surrendered as leader of the country in 2008 without completing his term.