OPINION: ANC CORRUPTION UPDATE, These are all the ANC leaders currently in trouble with the law

By BestSAnews (self media writer) | 1 year ago

The rot within the ANC seems to run very very deep if recent developments are anything to go by. We have compiled a list of senior ANC figures who are currently in trouble with the law, having either been arrested or are facing court cases. 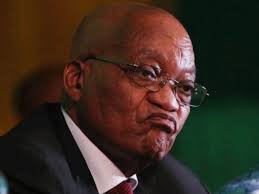 The rot seems to start all the way at the top with the former president of the ANC and country Mr Jacob Zuma who is currently facing corruption charges at the Pietermaritzburg high court. On top of this the former president is also set to face the Commission into State capture where is accused of being the number on enabler of the Gupta brothers to do with as they pleased with Tax payer monies.

We go down to Durban in Kwa Zulu Natal where we find Zandile Gumede and ANC regional chairperson and former mayor of Ethekwini. She also finds herself without her job as well as facing corruption charges in court over tender rigging allegations. 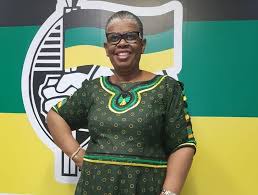 In the Eastern Cape there is Andile Lungisa former ANC youth league leader and ANC Councilor currently incarcerated on charges of assaulting a fellow councilor with a jug full water during a council meeting. Mr Lungisa who recently had retracted allegations that his case was not fairly decided due to political and familial affiliations of the judges who presided over his case, finds himself behind bars pending his appeal against his sentence. 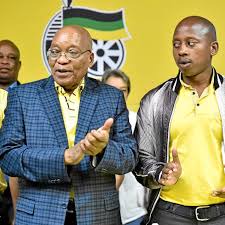 Who could forget the dramatic recent arrests of 7 highly influential people within the ANC, also on charges of tender irregularities in the Free State. It is alleged that they rigged a 237 million rand Asbestos tender for their own benefit and no work or very little work was actually done.

The 7 arrested in this case include ANC benefactor Edwin Sodi who received the bulk of the money and apparently also donated generously to the ANC. Also arrested was Thabane Zulu who has help very senior positions in the ANC government including that of Director General of Human Settlements as well as recently Director general of Energy.

These are just the tip of the iceberg and by all current indications, are a sign of more prosecutions to come. The one man who has always had a cloud of corruption over his head is ANC Secretary General Ace Magashule but somehow he always seems to slip away, but with current investigations in the Free State where he was premier perhaps his luck is finally running out

Content created and supplied by: BestSAnews (via Opera News )

Unexpected| People said this to Tito Mboweni after he posted his shoes on twitter.