We are aware that the political climate in this nation may be frenetic, but we are also aware that one does not necessarily need to be affiliated with a political party in order to run for office in this country. It is permissible for individuals to run for office as independent candidates. There is a wide variety of political parties to choose from, and they all assert that they are committed to serving the people of this nation. We are aware that a large number of people in South Africa are dissatisfied with the ANC and the way that it conducts its business at the present time. Many believe that the ANC is in power solely to enrich its members at the expense of working to improve the lives of average South Africans. 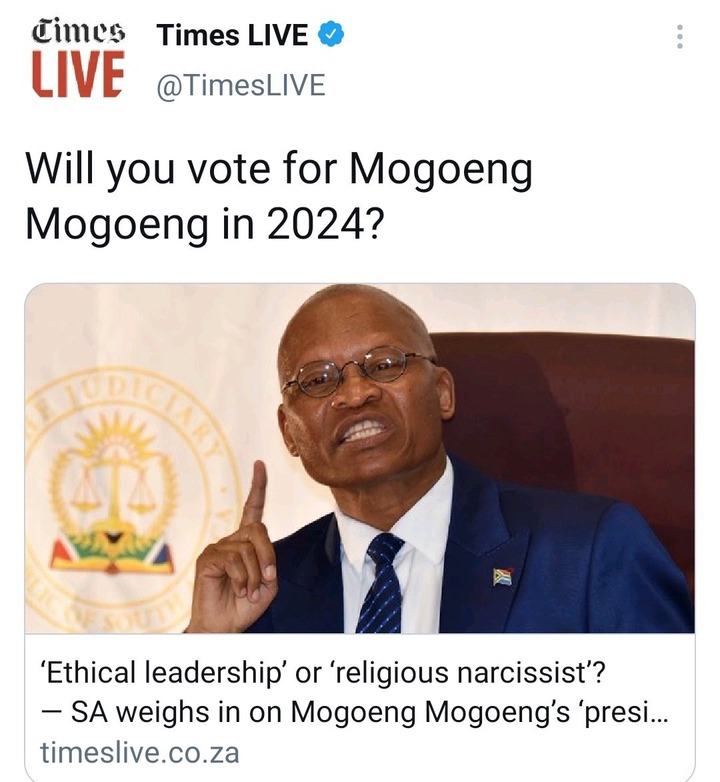 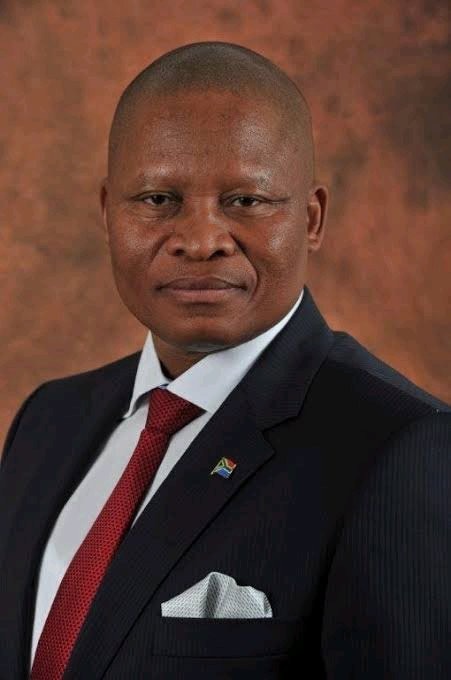 Mogoeng Mogoeng, a former chief justice, has expressed interest in running for president of South Africa.

It has just come to light that Mogoeng Mogoeng, who served as the former chief judge of South Africa, has ambitions to run for president of this country in 2024. It is being speculated that Mohoeng Mogoeng will become South Africa's next president and lead the country out of the predicament in which it finds itself at the present time. For an extremely long time, the people of South Africa have been promised a great deal of things that have not occurred, and the moment has come for Mogoeng Mogoeng to be in a position to preserve South Africa. It is believed that Mogoeng Mogoeng will be carrying out these activities under the banner of a political party known as the All African Alliance Movement, which is a movement that was established earlier on in the year.

Bishop Mishark Tebe, who serves as South Africa's secretary-general, claims that the country is looking for a leader of exceptional quality, and they believe that Mogoeng Mogoeng would fill that role. They are claiming that they have conducted a significant amount of study in the field in order to gain a better understanding of the requirements of the citizens of this country.

"In the beginning, we engaged in a significant amount of consultation to find out what the local population want. The people desired a movement of which they could be proud. To put it another way, how can we engage in activities that will transport us to the year 1994? In the elections that took place in 1994, we shall never forget how enthusiastic and prepared everyone was to cast their ballot. "That is what people are looking for, and also a leader of high caliber," he said. "That is what people are looking for."

Mogoeng Mogoeng claims that he will take the helm of the nation if God chooses for him to do so. He is prepared to carry out the lord's orders in any way he sees fit.

But when it comes to the vote in 2024, will South Africans choose Mogoeng Mogoeg?

"You need to pray to God and ask him to reveal to you who he has decided to side with. Remember what I said about there being about seven or more people who say the Lord has called them to lead this nation? For the sake of getting certainty and preventing it from appearing as though anyone is attempting to take anything from anyone else, let there be clarity.

People, however, had a lot to comment on regarding this. Some people are saying that it is a huge no and that they will not be voting for him, while others are saying that they will vote for him. Some people say that it is a big no. Some people believe that he was a good judge in the past, but that at this point in his life, he ought to retire and enjoy his retirement. South Africa is in desperate need of new blood. We cannot continue to hire older people as if there are no young people in this nation who are capable of moving our country into the future.