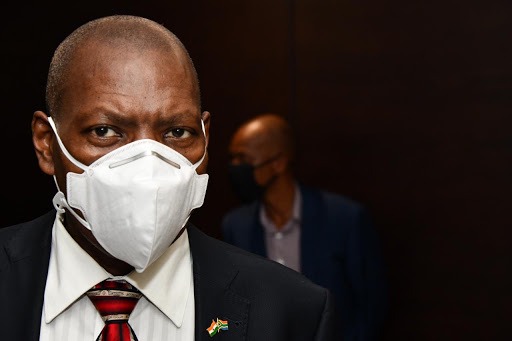 Zweli Mkhize is on the up again in KZN politics, with two of the region's traditional parties in talks to merge. The move comes after Mkhize's Democratic Alliance rocked the KZN political establishment when it emerged as the region's largest party at the national level in this month's elections. The DA has been in talks with the African National Congress and Congress of the People to create a new alliance, which would make Mkhize the kingmaker in KZN. The move would also make Mkhize the biggest party in the province, surpassing the ruling African National Congress.

Zweli Mkhize, the ANC's mayoral candidate for KwaZulu-Natal's eThekwini municipality, is in a stronger position than ever before to be elected mayor, the latest polls suggest. The Democratic Alliance (DA) candidate, who has been dogged by scandal and allegations of corruption since the campaign began, has struggled to break away from the neck-and-neck contest with the African National Congress (ANC) candidate, incumbent Enver Gajraj. The latest Ipsos polls, however, suggest Mr Mkhize has closed the gap, with the DA's candidate leading Mr Gajraj by just one percentage point. The poll showed that if the election were held today, Mr Mkhize would

The Democratic Alliance has thrown its weight behind Zweli Mkhize, the embattled chief financial officer of KwaZulu-Natal Premier Alan Winde's administration, as the party seeks to halt the rot in the provincial government. The decision to throw Mkhize's name up for nomination for the premier's position comes on the back of heavy-hitting political manoeuvring in the province, with the African National Congress, United Democratic Movement and the Congress of the People all eyeing the premier's post. The DA said it would now support Mkhize, who has been holed up in Premier Winde's offices in the KZN capital since the premier's office was raided by the Hawks on Monday, and said it would work with