It was already bad for the Zimbabweans thus far as some South Africans took the privilege of attacking them in Polokwane, Limpopo province, but some of them went to an extend of showing the Home Affairs Minister fake permits. 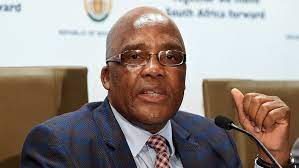 It has been revealed that the South African Home Affairs Minister Mr. Aaron Motsoaledi is said to be very much angry after he found out that there were about 17 fake covid 19 permits that were used at Beitbridge.

Home Affairs Minister Aaron Motsoaledi, according to Briefly News, is sure that travelers carrying phony Covid19 certificates would be caught. After 17 fraudulent credentials were uncovered, the lawmaker promised that violators would face the full force of the law.

On Saturday, Motsoaledi was conducting a compliance audit at a mobile testing facility near the Beitbridge border crossing. The Minister was insistent that a person who had handed in a phony certificate to secure passage across the border should be returned, condemning the culprit as a "fraudster."

Minister of Home Affairs Aaron Motsoaledi claims that his department is already working on legislation to regulate foreigner employment.

The International Labour Organization will advise the department on how to proceed, according to the Minister of Home Affairs. 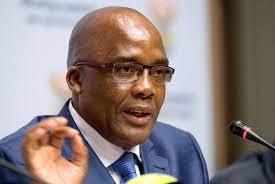 South Africans feel that it is past time for the department to implement such laws, but that more can be done.

South African Home Affairs Minister Mr. Aaron Motsoaledi has announced that there won’t be any extension to the Special Zimbabwean Exemption Permit (ZEP) permit which is expiring on the 31st of December 2021.

Motsoaledi said that the ZEP holders should apply for work permits before the expiry of their permits failure without which they will be deported. 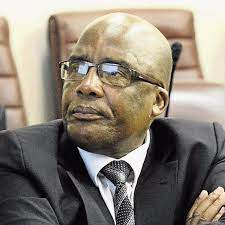 What do you think about the chance that the minister is giving them while he caught some with illegal permits? What is your take on this matter as a reader?