Inyala will be your getaway vehicle once you've sold the Revolution. Your coworkers advise you to Vo*tsek! President Cyril Ramaphosa was the victim of this attack while he was in Rustenburg, South Africa. After the event, SACP leader Blade took a shot at President Cyril Ramaphosa. "In my time as SACP Secretary General, I've never had to be escorted out of a meeting by a Nyala once in 23 years. It's a shame "Nzimande made light of the situation in an attempt to make a joke about it. 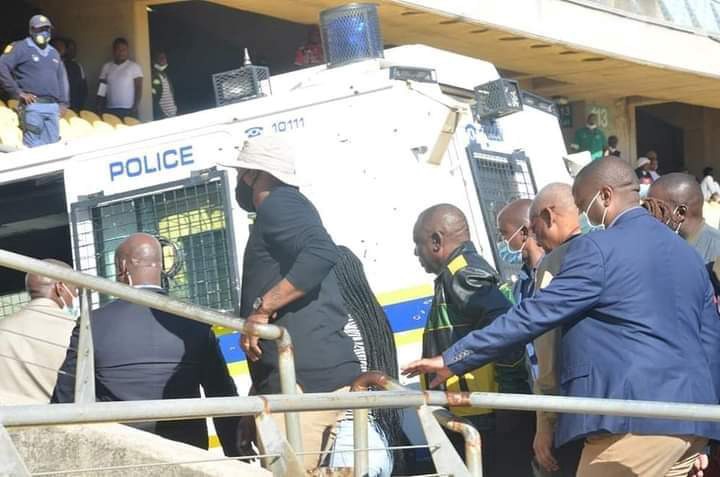 What Nzimande was alluding to was an incident that occurred in Rustenburg on Labor Day. Mining employees booed and stormed the stage, forcing President Cyril Ramaphosa to cancel his Workers' Day address. Angry workers staged a protest and demanded that Ramaphosa leave before he could deliver the keynote presentation at the Cosatu gathering in Rustenburg, North West. A Nyala was summoned to transport the president to safety. A traumatic experience for Blade who says it has never occurred to him before. "Imagine a Nyala snatching me up and carrying me away. Surely it's not me! "As Nzimande stated, He's making fun of Blade, who doesn't know that he sold his workforce.

Disgruntled miners clash with police in Rustenburg during a May Day rally, forcing Ramaphosa to abandon his speech in the mining town after striking. 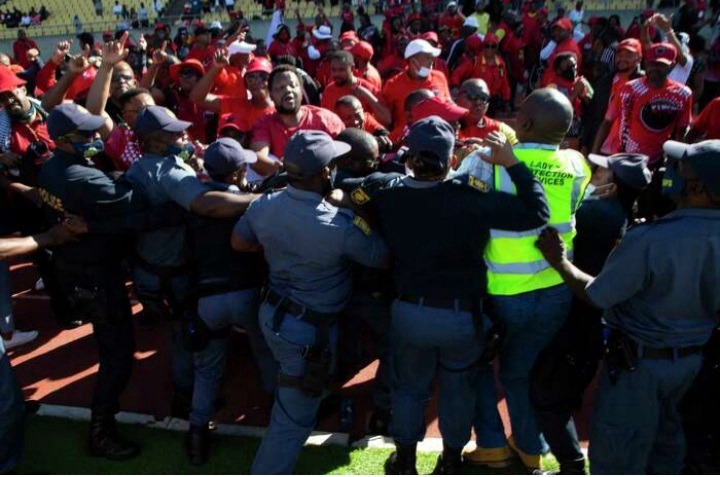 It's heartbreaking that our leaders find issues that touch us all so amusing. Nzimande's chuckle may be seen in the way he responds to the fact that workers are enraged. To him, the fact that Nyalas had to take down Ramaphosa is amusing. The same Ramaphosa recently made a sarcastic remark about the R22 million flag that enraged many. The South African president chuckled wildly as he remarked, "I urged Nathi to cancel the thing." What kind of Leaders are these individuals?

Never address workers again because he has enslaved them, and this is coming to the COSATU leadership as well. Blade Nzimande, general secretary of the South African Communist Party (SACP), has announced that he will not seek re-election at the party's national congress in 2022. Nzimande made his ideas known to the media at a Cosatu House press conference in Braamfontein, Johannesburg, on Wednesday. As a result of his resignation, it was made clear that he did not intend to stay in the post he has held since 1998. In any case, he assured that he would remain a loyal supporter and veteran of the party's campaign to "construct socialism now.". 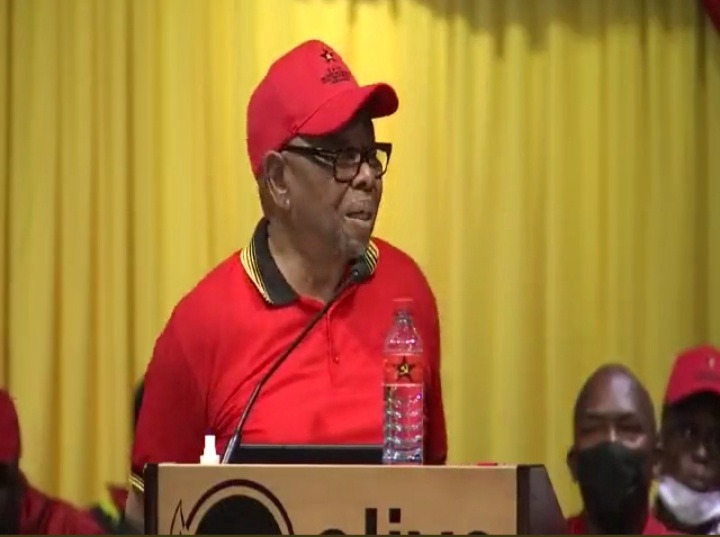 He expressed gratitude for the opportunity to serve as the party's leader for so long and said he would not make the decision to return. Preparations are underway for the South African Communist Party's (SACP) next national conference in July.