Cabinet reshuffle: These are the new faces expected to boost Ramaphosa's presidency

By MBCNetwork (self media writer) | 21 days ago

After the December elective conference, President Ramaphosa is going to shuffle his cabinet one more time before the crucial 2024 general elections. Fikile Mbalula, who is the new Secretary General, is expected to leave his cabinet post and focus on the demanding party role as he prepares for the 2024 general election by making sure that the party is well-oiled. However, beyond the obvious departure of Fikile Mbalula and Ayanda Dlodlo, who joined the World Bank, every other post hangs in the balance and will have to be decided by President Cyril Ramaphosa himself.

Ramaphosa is likely going to appoint the high-flying Sihle Zikhala, who received the highest number of votes for NEC nomination country-wide ahead of ANC heavyweight and cabinet minister. Sihle is destined for nothing but greatness if he can manage to keep his humility and work ethic, and Ramaphosa is set to tap into his industrious nature. 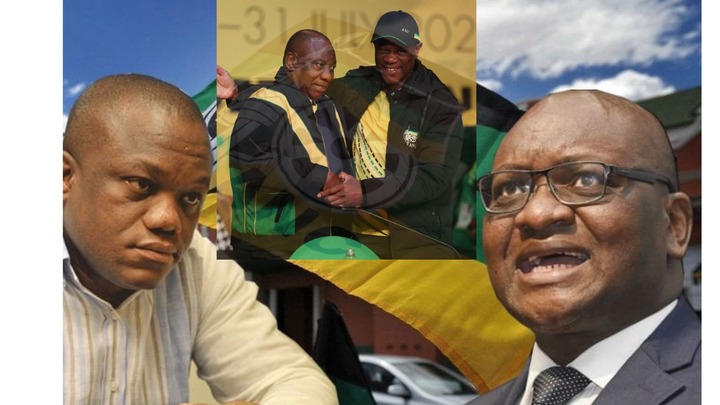 More so, Sihle will benefit from leaving the toxic KZN politics and focusing on a national role. David Makhura also found himself in a similar situation is set to be elevated from yet another toxic provincial politics in Gauteng into a national role. Ramaphosa is expected to revive the ANC Youth League and boost his ratings among young people by appointing young cabinet members, but they will likely be as deputy ministers.

Pravin Gordhan, Nathi Mthetwa, Ebrahim Patel, David Mabuza, Lindiwe Sisulu, Dlamini Zuma, and Phumulo Masualle are all set to be booted out following the elective conference poor performance, some like Pravin Gordhan didn't even make it into NEC. Sisulu, Dlamini Zuma, and Phumulo will be booted out for undermining their boss in public following their call for Ramaphosa to resign, surely they can serve in a cabinet after this public fall out. Other older cabinet ministers will likely serve until 2024 and hang their boots, we are looking into the likes of Naledi Pandor.

Whatever the outcome of the cabinet reshuffle, one thing for sure is that Ramaphosa will bring in at least 7 new ministers into his cabinet. However, it remains to be seen if the Deputy President will be booted out immediately or Paul Mashatile will have to wait for 2 more years, and if Ramaphosa will pull one more surprise, if I were to guess, that would be firing Bheki Cele and reshuffling Mondli Gungubele. Get some popcorn.