Many ANC insiders believe there will be three distinct camps in the fight for the party's vice presidency: those who favor President Cyril Ramaphosa, those who support the Radical Economic Transformation (RET) movement, and those who are more pragmatic in their support of Ramaphosa. 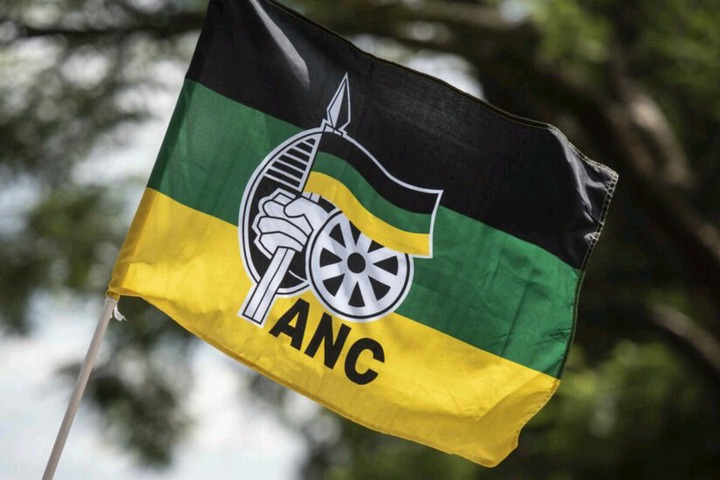 Those who have decided that Ramaphosa is the only logical choice and will therefore support him for now belong to a third group. They are not necessarily supporters of Ramaphosa.

A public election is something Justice Minister Ronald Lamola wants to see happen. As part of the same interview, he stated that he would be willing to serve as the ANC's deputy leader if necessary.

Because Mashatile has been working full-time at Luthuli House since taking over the secretary-position, general's he has an advantage in the race to succeed Jacob Zuma. His administrative function gives him the last word on all conference verification reports, from regional to national, and he wields considerable influence over his party colleagues as a result.

Although his political allegiance to the President is considered as one of pragmatism, many see him as a supporter of Ramaphosa.

The fact that the treasurer-general hails from Gauteng, where Kubayi is also running for office, may work to his advantage in the race. Mashatile served as Gauteng's ANC chairperson and was formerly the province's premier. He has held the position of minister of culture and the arts in the National Executive.

To prepare for her election to Parliament in 2009, Kubayi served on the ANC Gauteng Provincial Executive Committee and as head of the Portfolio Committee on Telecommunications and Postal Services, both of which she co-founded in her hometown of Soweto. There were five ministries she held before to her current position: Acting Health Minister; Tourism Minister; Science & Technology; Energy & Communications Minister.

Her predecessor, Enoch Godongwana, stepped down as chair of the ANC's subcommittee on economic development, and she was named to take his place. Because of this position, she now has some political clout, as she may influence how the ANC formulates its economic strategy. Kubayi's political career has been enhanced by this new position, but it may not transfer into support at the upcoming elective conference.

It was during the party's 110th anniversary celebrations when Lamola thrown his hat into the running for leadership. It's a message to the younger members of the party who have been clamoring for recognition from their elders.

Sources say that in the past, the African National Congress (ANC) has had a tendency to have younger and more dynamic leaders—until recently, when this trend changed. Ageism was noted as a concern, but the source believes that the party needs younger leadership. The concept that the party will benefit from having a succession plan is at the heart of the call for younger leadership.

There's no money to be made, according to this lobbyist, because Lamola still runs his own law firm, Ndobela Lamola Attorneys.

Lamola's campaign may benefit if the party's current vice president, David Mabuza, does not run because they are both from Mpumalanga. Mabuza, on the other hand, should not be discounted out of hand. His departure from provincial politics in Mpumalanga may have tarnished his reputation in the party, but some close to him believe it is too early to write him off. While Ngrayi Ngwenya, the suspended former regional chairwoman of Ehlanzeni, has been certain that Mabuza must be given a second term in power, has backed him for the time being,

At this point, the most notable leader of the RET faction has not been able to successfully organize the group.

When it comes to deputy president candidates, there is still no clear indication which NEC members Lindiwe Sisulu and Zweli Mkhize will be willing to put their names up.

There were few suitable prospects in the camp of the RET group, according to a member of the organization. In the meanwhile, the group does not believe it makes any sense to back either Sisulu or Mkhize for the position of vice president.

Ongama Mtimka, a political analyst at Nelson Mandela University, emphasized the importance of the approaching ANC conference as a fresh start for the organization. To do so, he says, the party's elected leaders must be of a high enough caliber.

It's time for the ANC's top leaders to take stock of their own leadership styles, and to start thinking about how the ANC can continue to lead after 2022 rather than just responding to questions from within. In order for the ANC to win back the trust of the South African people, they must show that they have a new leader who is able to deal with the issues it has generated in the past during its lengthy reign as the country's dominating party.

According to him, "South Africans will not trust the new leadership coming out of the 2022 conference if they do not have a sense that they would not radically alter the party."

Instead of repeatedly putting old liberation fighters at the head, he advises that the party looks to pick leaders who are relevant to today's world.

Instead of focusing on "my turn to lead or my turn to dine," leaders of the ANC should shift their attention to the future of the organization, not themselves. If such is the case, then none of them would volunteer to lead, especially those who have been there for a long time," I believe is the correct response. They need to give the ANC new life and a new beginning. Liberation warriors will not be the ones who give the country a new start in the eyes of the population. A leader's claim to fame should be his or her accomplishments in today's democratic era, rather than the great exploits they want to tell the world about, which are long gone," he stated.

Over the weekend, the ANC will conduct its regional conference in Ekurhuleni.