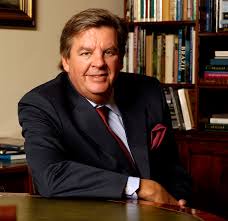 The high unemployment rate that the country is having is a self-created one. In South Africa there are jobs but the only issue is that they are occupied by foreigners.

The PutSouthAfricaFirst movements were started by ordinary concerned citizens and it is because of this movement that the fight against the foreigners has been kept alive, to the point where we even saw the political parties coming forward to assist in this regard. Even Julius Malema who once said that those people should come into the country illegally has changed his tune.

Companies have been hiring foreigners as they exploited them so that they can get high profits but that is just about to come to an end by the look of things. 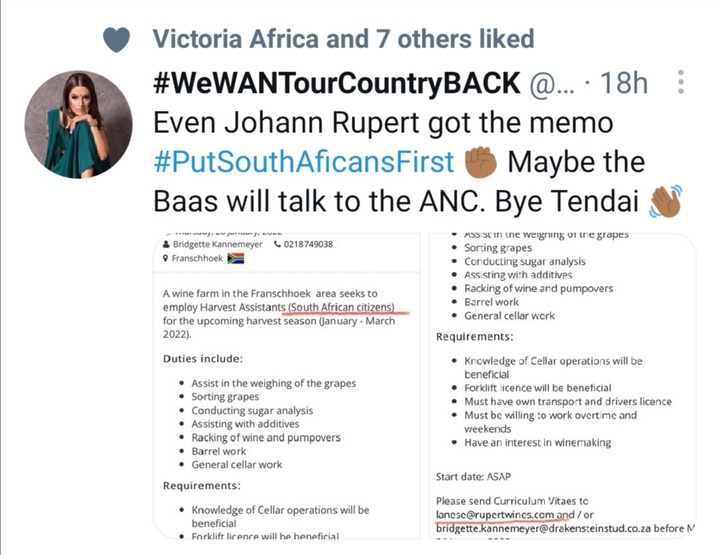 We know how South Africans feel about the Rupert family because they say that they are the ones who have captured Ramaphosa but they now seem to be doing something right, and helping South Africans to fight the employment of foreign nationals.

It is believed that RupertWines is now hiring and they are now saying that they will only be hiring the South African citizens for the upcoming harvest season. They need harvest assistance and that will be between January and March 2022.

Maybe we will also start seeing some movement from the government as Rupert has now paved the way for them. It is just a matter of time and we will start to hear president Cyril Ramaphosa talk about this issue as he has been quite for the longest time. 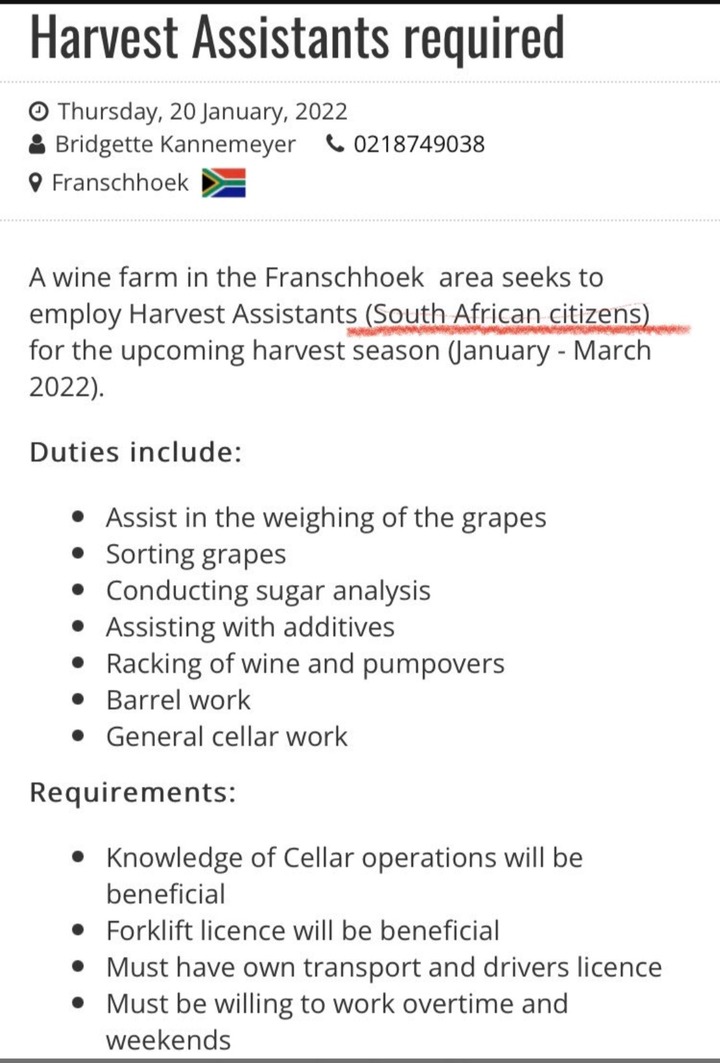 Pabi Cooper shared an emotional experience as a woman in the music industry. Sisterly advice for all

Pictures of Angela Atlang from Muvhango.