DA leader: revealed that he might win four local government in South Africa.

DA leader, John Steenhuisen says he is confident that they will win at least four major metros in the upcoming Local Government Elections.

This spoilt Brat with no matric must not forget that they chased away black people who were giving votes for them. Also they are not having anything to show in Western Cape except the most cruel places like Khayelitsha. 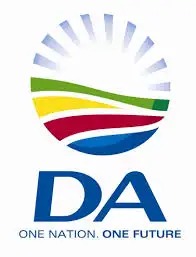 They only thing that a small opposition party can do to win more voters on national is that where the have majority of vote in these coming elections is to make sure that they delivey services and creat jobs. And boost the sme.action speak louder that words.

All politician are convinced you acted politically you did a lot of things in the movies so you want to play with your our Head without action action is done long time ago the only thing dat is left is combination.

Everyone has right to dream. The same way Nantes bleksemed psg betway punish punters it's the same way voters will surprise party leaders.

In ur dreams Steenhhuisen It's now the time where Musi Maimane was exactly good at you will regret to let him leave. We voted DA last time but we won't make the same mistake again is time for EFF you just work on passing matric and register N1 next year with your adolescents peers. 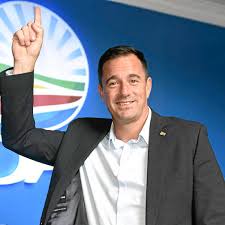 DA must remember that they got a chance to lead different metros during Zumas era as president and the masses were not happy with him and the zuptas. Now we are on a different platform EFF can easily overtake them and become official opposition party on all Metros.

Steenhuisen is just too ambitious Most people joined DA because of Mmusi and Herman Mashaba. He might just get the shock of his life after the results of the elections are announced.

There is nothing like that actually the numbers will amaze him the Democratic Alliance has dropped the ball longtime.

Duduzile bites ANC again, see what she is saying now