South Africans continue watching with mixed feelings ranging from anxiety to amusement the power struggle for control of the ruling ANC playing out between two factions - one aligned with President Cyril Ramaphosa and the other with former president Jacob Zuma.

South Africa’s governing African National Congress (ANC) has long been good at diagnosing its problems, but not much good at fixing them. Its own documents have been accurately describing its problems for two decades – factionalism and corruption, which are often mentioned by its detractors, have been discussed in its reports and strategy documents since since the dawn of democracy of democracy. But knowing what the problems are does not seem to help it to solve them.

South African local government is deeply unpopular – it has been the target of protest in the Townships and shack settlements for years. While it is fashionable to say that the problem is poor " service delivery" which means that local government is not good at technical tasks, the real reason is that people believe, accurately, that mayors or councillors do not hear them and so have no idea what they need.

In his own words, Andile Lungisa took to Twitter state the following "President Ramaphosa addressed ANC voters ward 60 eGqeberha, next stop now is ward 50 and 38. The focus now is local government elections November 1" 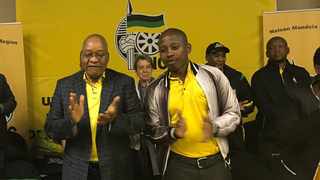 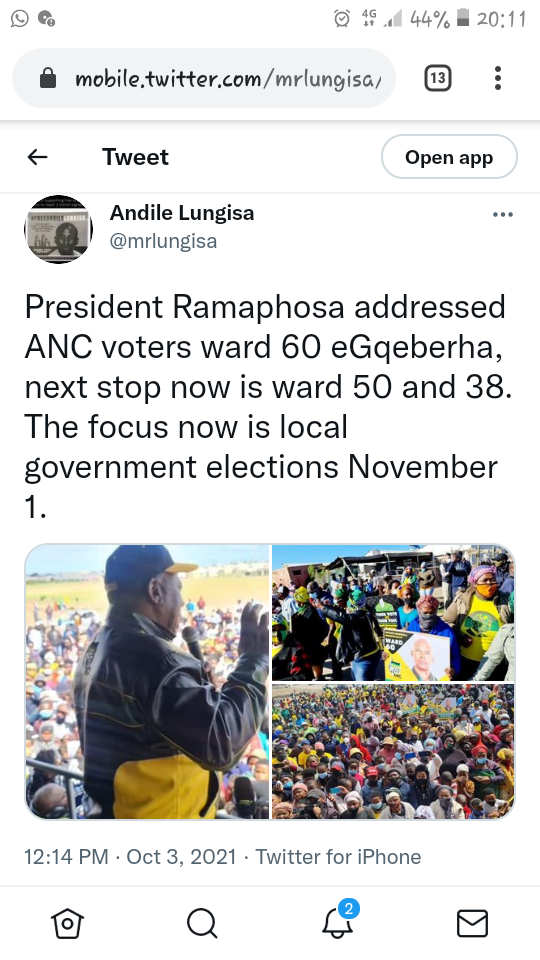 Malema's Wife wont be pleased with this picture.