By daynews (self media writer) | 29 days ago 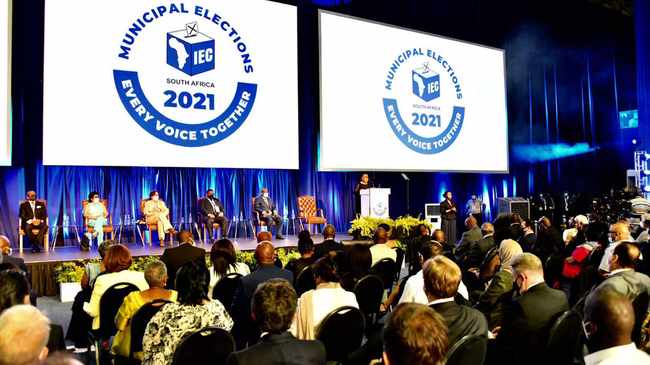 The Electoral Commission of South Africa (IEC) this evening proclaimed the 2021 nearby government decisions free and reasonable.

IEC executive Glen Mashinini said there were 26.1 million electors enrolled for the races, near 370 000 were enlisted in the pre-endorsed MEC 7 rundown, and an aggregate of 12.3 million South Africans casted a ballot in these races.

Mashinini reported that the ANC accomplished a larger part in 161 districts.

Mashinini said in around 66 regions, no party accomplished a greater part which are known as hung committees.

"We compliment the 10 461 councilors who have won the option to serve our kin," said Mashinini.

He further said: "Consistently remember that individuals are not battling for thoughts, for the things in anybody's mind. They are battling to win material advantages, to live better and in harmony, to see their lives go ahead, to ensure the fate of their kids.

"We encourage them to go out and make the existences of our kin better. Go out and guarantee that our networks create and live in harmony. Go out and, through your legit and moral work, ensure the fate of our kids," Mashinini said.

He said the job of the commission was to fulfill itself the conditions for nothing and reasonable decisions were met in this large number of races.

Mashinini reported the commission has fulfilled itself that the conditions free of charge and reasonable decisions were met and that the outcomes for 213 chambers are announced as end-product.

Mashinini reported the eight metropolitan urban areas: Buffalo City in the Eastern Cape the ANC got 59%, DA19.52% and the EFF 12.06%.

After the outcomes were reported, President Cyril Ramaphosa expressed gratitude toward the 12 million South Africans who cast their votes, He praised South Africans for holding free and reasonable races which was additionally affirmed by the IEC.

"I'm certain Mashinini what you have pronounced as free and reasonable was additionally affirmed by neighborhood and worldwide spectators. We can say that individuals have spoken and we express gratitude toward South Africans for casting a ballot," Ramaphosa said.