Some members of the EFF want to see President Cyril Ramaphosa go down, and that much is common knowledge. Fighters have been insistent that Ramaphosa will resign as president since since former SSA DG Arthur Fraser leaked information about the president. Ramaphosa should have resigned the day Arthur Fraser revealed film of the Phalaphala farm robbery, which has turned out to be the scandal of the year. 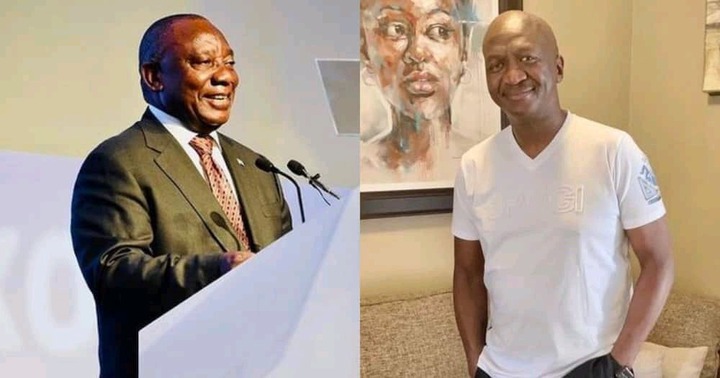 An EFF leader, FanaMokoena, has predicted that President Ramaphosa will resign before the end of his term. Mokoena made a bombshell announcement, stating that a group of ANC officials will visit Ramaphosa's home in January 2023 and urge him to retire "for the benefit of the organization." Mokoena claims that the practice of ANC cadres suggesting resignations as a means of safeguarding the organization has become all too common. This is exactly what happened to former President Jacob Zuma and his fellow revolutionaries.

Fana Mokoena sounds like they have intimate knowledge. His behavior is reminiscent of that of Julius Malema. We speculated that Malema may have had an ANC insider feeding him intel at one point. Inevitably, something bad would happen after he tweeted criticizing the government. Is Fana Mokoena going down this road, or is he showing desperation because he sees Ramaphosa going down? 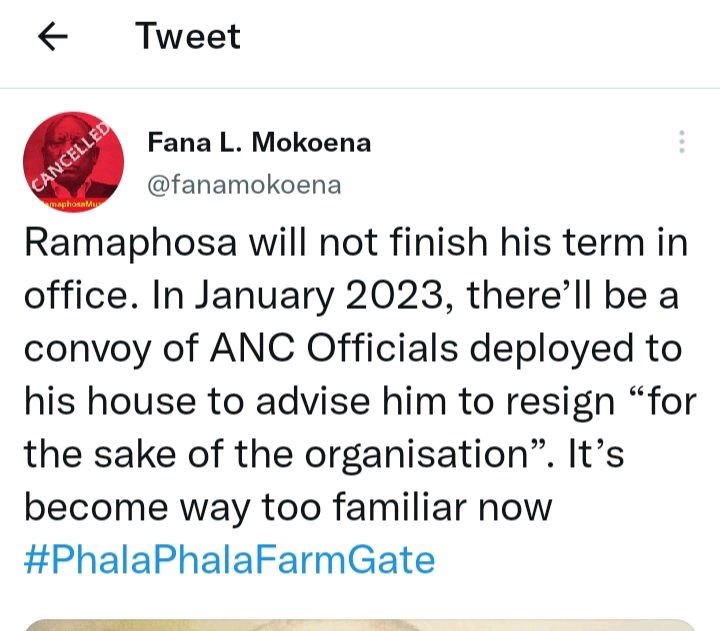 Fana Mokoena is a very high-ranking member of the EFF. With effect from October 16, 2020, he resigned from the National Assembly, but he continued to serve on the EFF's Central Command Team as a member of the War Council, the party's operational authority. Ramaphosa thinks of South Africans as "children," to use a phrase coined by Fana Mokoena. "He hopes that if he portrays Fraser as someone facing his own corruption claims, South Africans would forget about PhalaPhalaGate and move on. Same strategy as "9 squandered years," essentially. His public relations efforts are failing "As Mokoena put it, ".

According to Fana Mokoena, President Cyril Ramaphosa may not be held legally responsible for the suspected 2020 robbery of his Phala Phala property in Limpopo. Mokoena claimed that the police ministry and the National Prosecuting Authority (NPA) would invent "stories" to shield Ramaphosa from any potential criminal charges. Party members, though, will finally have enough of his shenanigans by 2023. At that time, they will travel to his home in an effort to coerce him into resigning. 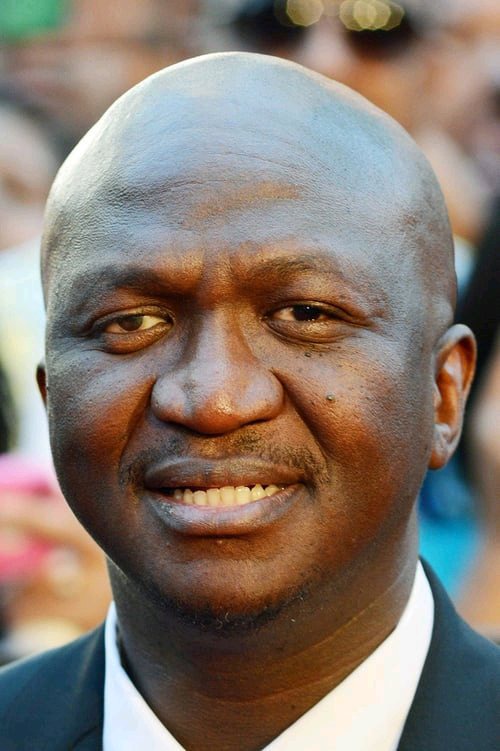 Then why hold off until January? With so many serious charges leveled against the president, the ANC's reputation has taken a hit. Delaying the process of removing Ramaphosa from office could end up being more detrimental to the ruling party. How do you feel about it?